The new Hyundai executive sedan will get updated styling; expected to be powered by the same engines as before. 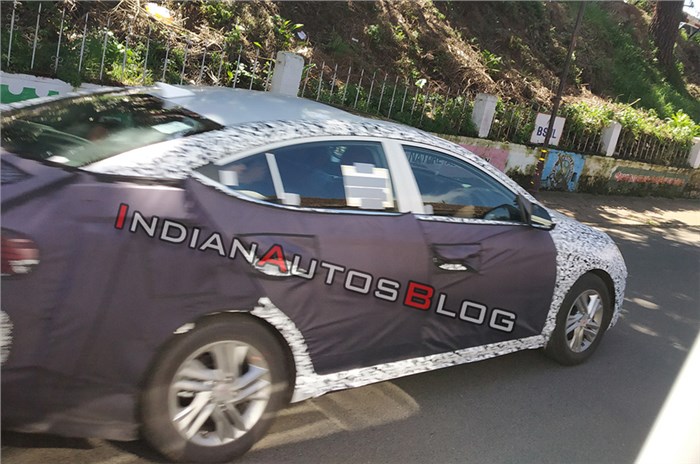 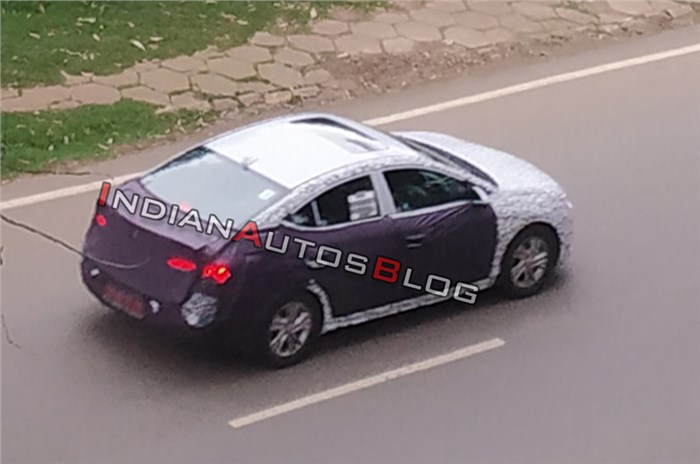 Spy shots of the next-generation facelift of Hyundai Elantra undergoing testing in India for the first time have surfaced. The executive sedan was spotted in Tamil Nadu as the Korean manufacturer gets ready to launch the upcoming model in the market next year.

The Elantra facelift will feature sharper and more angular styling than the current model. At the front, there’s a new cascading front grille, new triangular LED headlamps and fog lamps. The rear has been redesigned with new LED tail-lamps and a new bumper. The sedan will also get a new design for the alloy wheels with 16-inchers expected to be standard.

The interior of the new Elantra will be somewhat similar to that of the current car. With the facelift, the sedan is expected to get a new steering wheel and new AC controls. Hyundai is also likely to equip the car with a new 8.0-inch touchscreen infotainment system with Apple CarPlay and Android Auto compatibility.

The new Elantra will retain the engine options of the current-gen car. There’s a 2.0-litre petrol engine that produces 152hp and 192Nm of torque and 1.6-litre diesel mill that puts out 128hp and 260Nm of torque. Both engines can be had with either a 6-speed manual or a torque converter automatic gearbox.

Hyundai will launch the new Elantra facelift in our market sometime next year. It will rival other executive sedans like the Skoda Octavia, the Toyota Corolla Altis and the India-bound Honda Civic.

Every new Hyundai for the next five years