New Toyota electric SUV concept to be unveiled next month

New Toyota SUV will be one of six new electric models that will use the new e-TNGA platform. 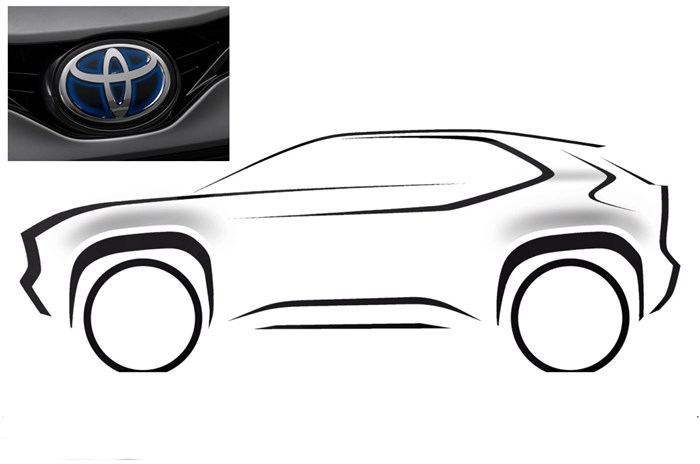 A new Toyota electric SUV will be shown in concept form at the Shanghai motor show next month. This new SUV is one of six new electric models being readied by Toyota.

New Toyota electric SUV: what do we know so far?

To be shown at next month's Shanghai motor show, this new SUV concept will preview an upcoming electric SUV, kick-starting what will be a fast-expanding range of electric vehicles. The as-yet-unnamed model will be similar in size to the Toyota RAV 4 (expected to launch in India soon), but as a dedicated battery electric vehicle (BEV) on a dedicated architecture, it’s set to take a new name. Toyota says the SUV has been tailored specifically for the European market and will be built at its dedicated zero-emissions factory in Japan.

The model will be the first of six BEVs planned to use the new e-TNGA platform that Toyota has co-developed with Subaru. This architecture is designed to be highly adaptable and can be used for vehicles of differing length and wheelbase. It can also be used for front, rear and four-wheel-drive powertrains by allowing for motors across both axles, and with a wide range of battery capacities. Toyota also claims that learnings from its hybrids will allow it to increase both range and battery lifespan.

What else is planned on the e-TNGA platform?

Toyota has previously said that other models planned for the e-TNGA platform will include a compact SUV that it’s developing with Suzuki, a crossover, a large SUV, a sedanand an MPV. Toyota is also investing in solid-state battery research and has said that it plans to launch a “mass-produced” BEV using this transformative technology “in the first-half of the 2020s”.

What other electric models are expected from Toyota?

Apart from the new electric SUV, Toyota will also launch BEV versions of its globally popular Proace and Proace City vans in 2021. While the arrival of e-TNGA-based models will quickly flesh out Toyota’s BEV offering, the firm remains committed to offering a range of electrified options, with hybrid, plug-in hybrid and hydrogen fuel cell models. It aims to be selling 5.5 million electrified cars per year by 2025.

Toyota India currently sells the Vellfire luxury MPV, the Yaris sedan, the Innova Crysta MPV, and the recently updated Fortuner SUV in our market. The company also introduced the Hiace MPV in India a few days ago and will introduce the RAV4 SUV in India sometime this year.