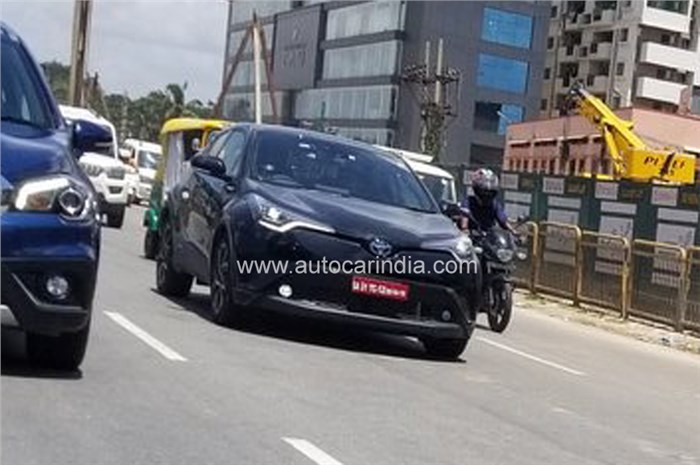 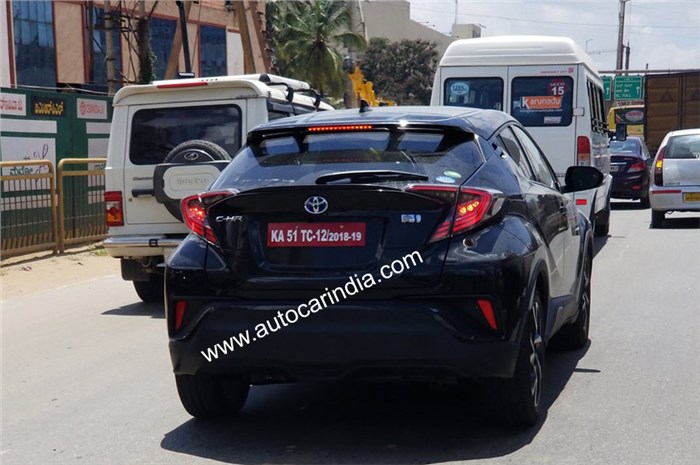 Toyota’s radical-looking SUV, the C-HR, has been spied testing on the outskirts of Bengaluru. Heavily tipped to be part of the company's future line-up, the C-HR is powered by a hybrid powertrain and is based on Toyota’s new TNGA (Toyota New Global Architecture) platform. Earmarked to make its debut in India only in 2020 or 2021, the C-HR is likely to be the second car launched here on the platform after the all-new Corolla, which is also expected to be powered by a hybrid powertrain.

What is sure to attract Indian customers is the radical crossover styling that looks extreme enough to have come directly off a show car. Bulging wheel arches, a very sporty coupé-like roofline and those crazy high-mounted boomerang tail-lights; one thing’s for sure, there hasn’t been a model looking as radical as this from Toyota in a long, long time.

The C-HR looks funky on the inside as well. The dash is anything but regular and boring, and the seating position is very unique as well. However, despite the radical looks and sloping roof, the rear isn’t too cramped. The roof of the car has been cleverly designed on the inside, so there is just sufficient headroom. Legroom is adequate too but is likely to be a bit down on the competition.

The big story, however, is that, under the hood, the C-HR is likely to sport a hybrid powertrain. The 1.8-litre petrol and electric motor will put out a combined 122hp, and as the torque output is a high, this combination of electric and petrol power is likely to give the C-HR plenty of zip and very good levels of efficiency. In fact, the corresponding increase in fuel economy, thanks to the hybrid system, could see running costs of these types of powertrains undercut those of diesel engine models. And this could aid in the quicker adoption of petrol-electric vehicles in the country.

Expected to only make it to showrooms sometime in 2020 or even 2021, Toyota plans to either assemble or manufacture the car here, depending on prevalent demand. One thing’s for sure, it couldn’t come a day too soon.