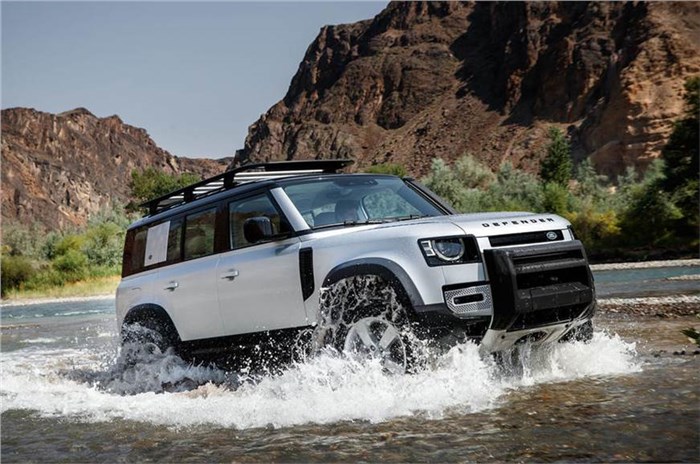 Both the 90 and 110 are available in five variants. Land Rover dealers around the country are set to deliver the first customer cars on the 15th at the time of launch itself, all of which will only be the 5-door 110. Deliveries for the Defender 90 will begin eventually as this particular body style has been delayed globally due to the COVID-19 pandemic.

The new Defender twins will be powered by a 2.0-litre, 4-cylinder, turbocharged petrol engine that makes 300hp and 400Nm of torque. The engine is mated to an 8-speed gearbox and gets Land Rover’s Terrain Response all-wheel-drive unit. The 110 version will also come with air suspension as standard.

In terms of features, the new Defender will come packed to the gills with modern offerings unlike its predecessors. It includes a 10-inch touchscreen and a 12.3-inch digital instrument cluster with heads up display on the top spec First Edition variant. The SUV also gets connected car tech, a Meridian audio system, electrically adjustable and heated front seats, 360 degree surround camera and LED headlights. The Defender also comes with grained leather and woven textile seats and rubber mats that are easy to wash if they get dirty off-road. Land Rover India will also have several customisation packs on offer.

In terms of competition, the Defender 110 will go up directly against the likes of the Jeep Wrangler and the Mercedes-Benz G350, although the latter is a fair bit more expensive. The Defender 90 on the other hand will not have any direct competition in the Indian market.