Seen finished in red and also in black, the new logo seems to have been inspired by one on a concept car showcased by Kia. 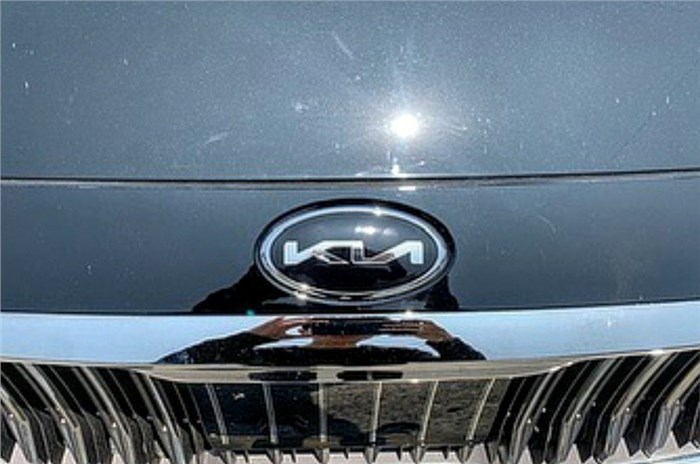 Kia Motors’ new logo has leaked online, and the images show that it takes inspiration from one of the concepts showcased by the Korean brand at the 2019 Geneva motor show. Unlike the current badge seen on the Kia Seltos, this new logo has the letters of the company’s name merge with each other.

An application filed by Kia with the Korea Intellectual Property Rights Information Service (KIPRIS) shows that the badge will be available with either a black or a red finish on a white background. The leaked badge carries overall similarities to the current one – such as the ovoid shape and chrome-finished lettering – but it is in a new stylised script.

Whether the new Kia badge will be used exclusively on Kia’s hybrids and EVs or across the entire line-up has not yet been confirmed. In addition, this badge is unlikely to come to India soon, as it might be counterproductive for the relatively new brand to change its logo soon after entering a market.

The upcoming Kia Carnival, which is scheduled to launch in February at the 2020 Auto Expo, is expected to have the same logo as the Kia Seltos launched in our market in August.