Toyota has finally unveiled the long-awaited GR Corolla hot hatchback globally. With this 304hp Corolla, Toyota is looking to go after the Honda Civic Type R and Volkswagen Golf R. The hot new take on the Toyota Corolla joins a quickly expanding line-up of hot Toyotas developed by the Gazoo Racing performance division, alongside the Toyota GR Yaris, Toyota GR Supra and Toyota GR 86 sold abroad. With this power output, the Corolla GR is the most powerful Corolla to go on sale globally so far.

The latest entry to the ranks uses a single-scroll turbocharged 1.6-litre three-pot engine, also on use in the acclaimed GR Yaris, but with power hiked up substantially to 304hp and torque boosted slightly to 370Nm. 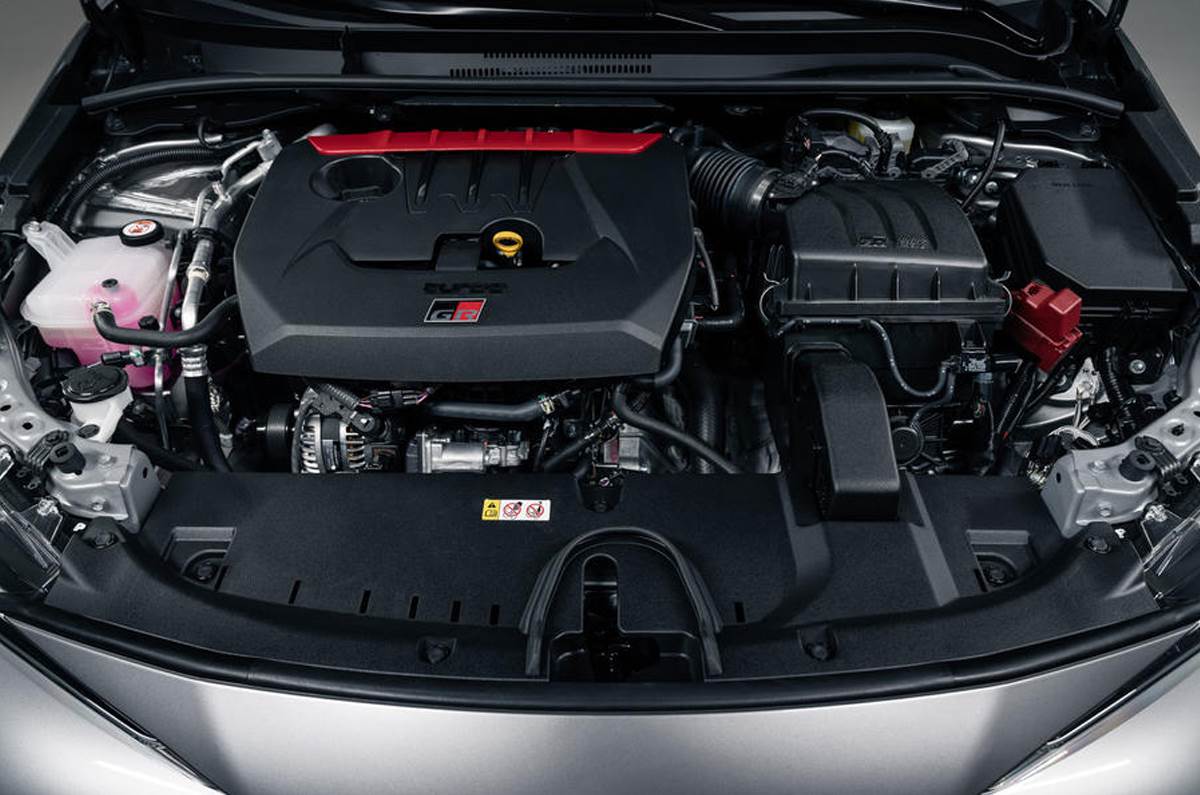 Power is sent to both axles through a six-speed manual gearbox, as in the GR Yaris, with an intelligent manual transmission (iMT) function, which essentially serves as a rev-matching function for smoother downshifts. The top-rung Circuit Edition car is also equipped with a pair of Torsen differentials for improved grip and cornering response. 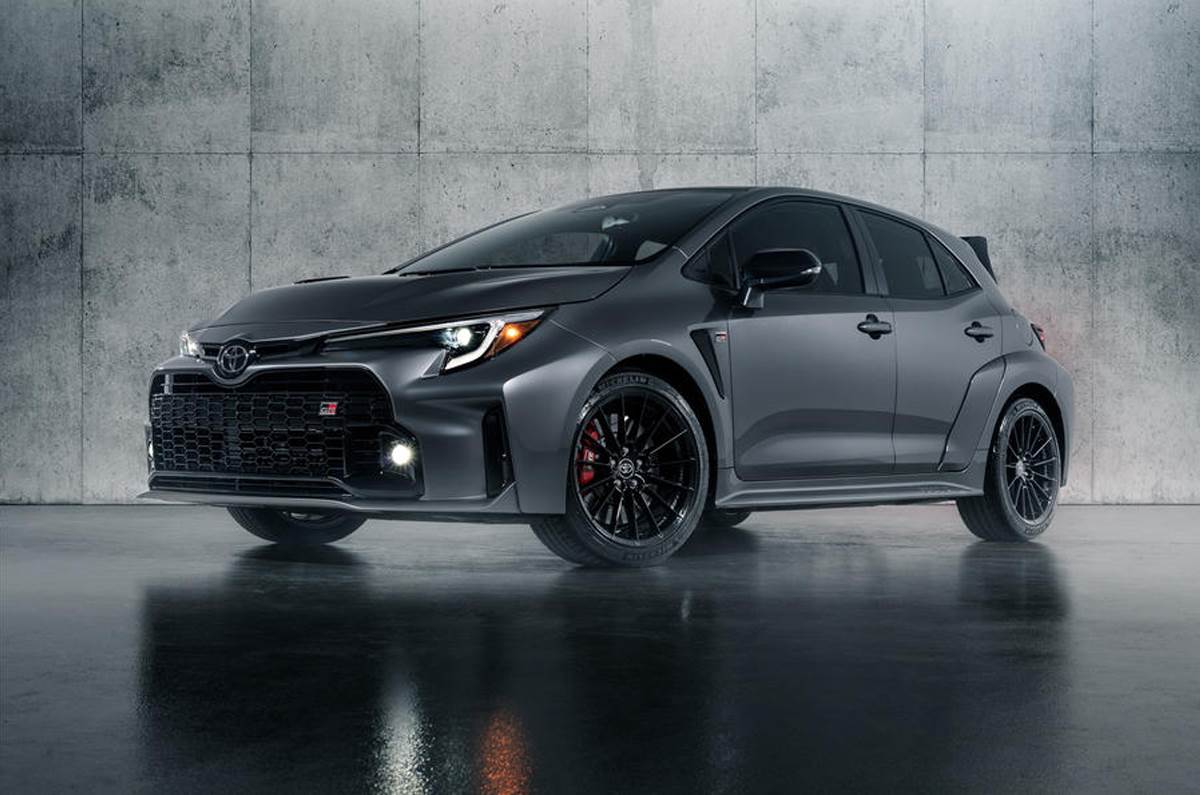 While the GR Corolla’s silhouette is more closely related to the car on which it's based, than with the GR Yaris and regular Yaris, Toyota claims the “highly rigid body was specially constructed” for the new car.

Over standard, it features extra welds around chassis joints and more extensive use of structural adhesive between various components. It’s also said to be lighter than the standard Corolla without compromising on strength or safety. 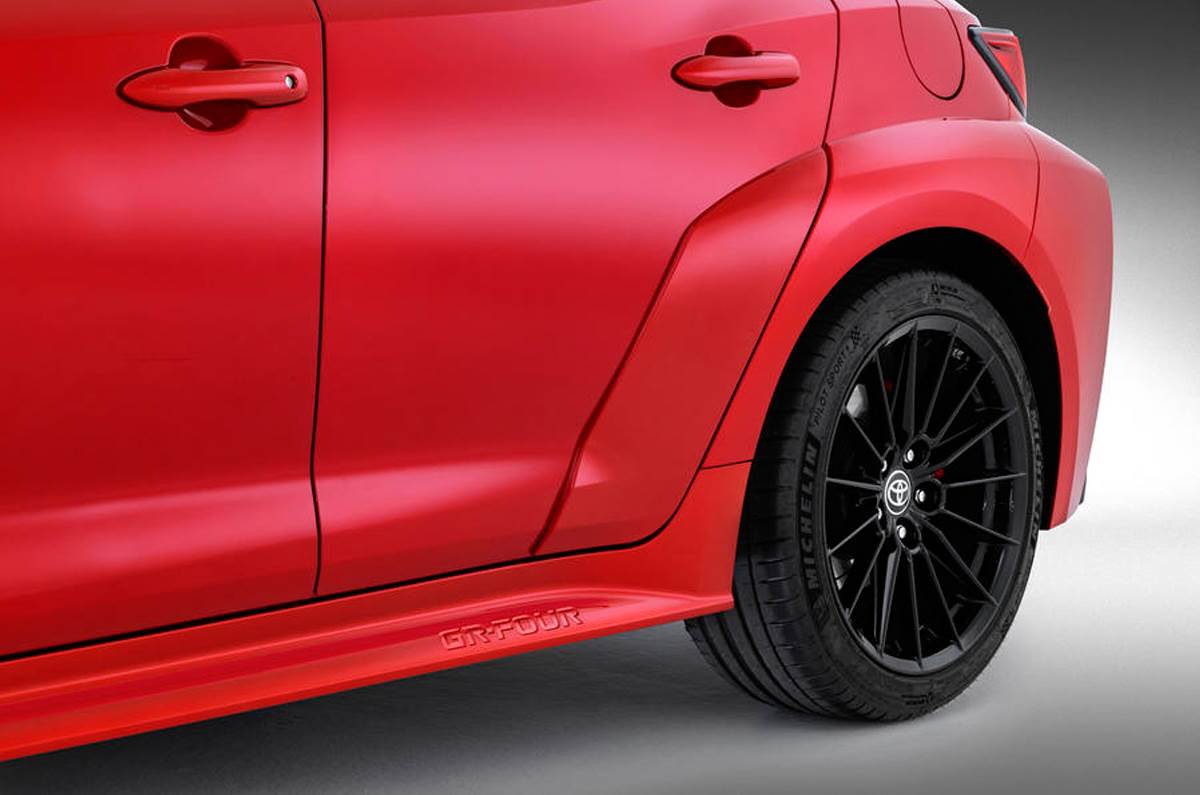 Lightweight materials are used throughout, taking the standard GR Corolla to a kerb weight of 1,474kg, and the Circuit Edition takes that ethos further with a forged carbon fibre roof panel and aluminium bonnet and front doors.

The rally-inspired visual makeover introduces black trim details, gaping intakes on the bonnet and sides, heavily flared wheel arches and, most obviously, a prominent wing stretching out over the rear screen.

That’s matched by motorsport-inspired tweaks to the cabin, including a leather-trimmed GR steering wheel, GR-badged seats and aluminium pedals; and on the Circuit Edition, suede seats and a shift knob signed by Toyota president Akio Toyoda.

Back in 2020, we had reported that Toyota was considering the GR Supra for the Indian market, though it still remains to be seen if and when the car could arrive. Toyota recently launched the Hilux 4x4 pickup in India, more about which you can read here. The brand will also launch an all-new Creta rival later this year.