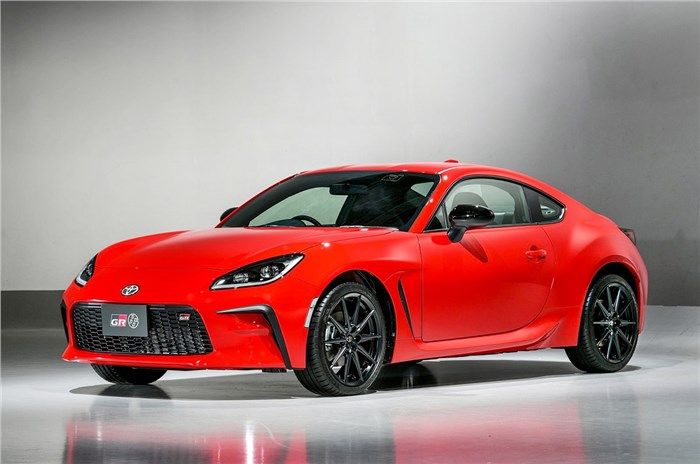 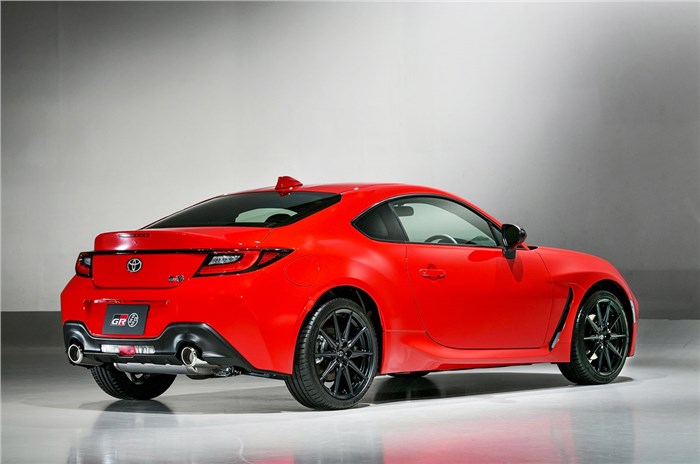 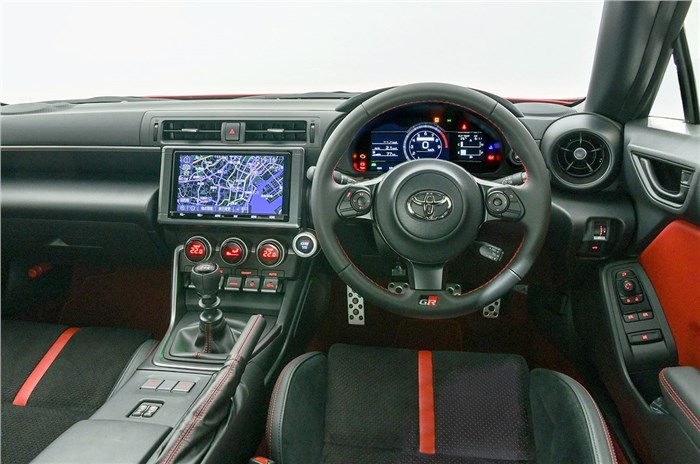 Toyota has unveiled the new Toyota GR 86 coupe, the successor to the GT86, which will go on sale overseas in the coming months. The change of nameplate from GT86 to GR 86 brings the coupe in line with the rest of Toyota's GR performance line, joining the GR Supra and GR Yaris.

Toyota's new lightweight rear-drive four-seater was revealed alongside the new second generation Subaru BRZ, which it was jointly developed with. The new BRZ, which was first shown last November, will not be offered in Europe. Toyota claims the two models have been developed through a "friendly rivalry", and will both offer a "distinct driving feel".

While the first generation GT86 and BRZ used a 2.0-litre engine, as expected the new version features Subaru’s horizontally opposed 2.4-litre naturally aspirated, four-cylinder petrol unit. The GR 86 will launch in Japan offering 235hp and 249Nm, up from the GT86’s 200hp and 205Nm. It can do the 0-100kph sprint in 6.3 seconds, which is 1.1 seconds quicker than its predecessor.

Peak power is offered at 7,000rpm, with the unit able to rev to 7,400rpm. Japanese buyers will have a choice of six-speed manual and automatic gearboxes. The GR 86 also features Subaru's 'Eyesight' driver assistance systems.

The GR 86 has virtually identical dimensions as its predecessor, measuring 4,265mm long and 1,310mm high, with a wheelbase of 2,575mm. This has helped Toyota keep the centre of gravity low, and the firm claims the torsional rigidity of the new model has been increased by around 50 percent, resulting in “even sharper handling and steering.”

Toyota says a major focus has been on retaining the “essential fun-to-drive” characteristics of the GT86, which launched in 2012, and a key part of that has been minimising the weight. The new car has a claimed kerb weight of 1,270kg, which is five kg lighter than the original. Toyota says this has been achieved through features including the use of an aluminium roof and body panels.

The new model also features aerodynamic front air ducts and side panels, which Toyota says are based on learnings from its motorsport programmes and aid handling and stability.

Inside, the Japanese versions of the GR 86 will feature a 7.0-inch touchscreen as part of what Toyota says is an upgraded and driver focused dashboard design.

While there is no news on the GR 86 coming to India, sources tell us that Toyota has been evaluating the decision to bring the Supra to India as an import.

Would you like to see Toyota bring the GR 86 instead of the Supra to India? Let us know in the comments section.