New Toyota crossover could replace the Aygo in international markets. 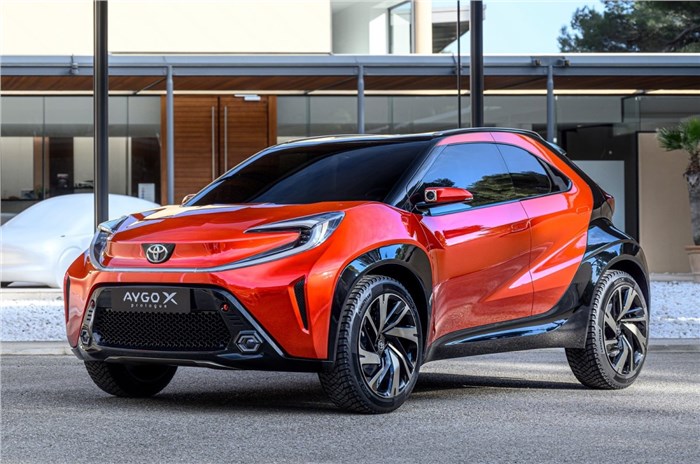 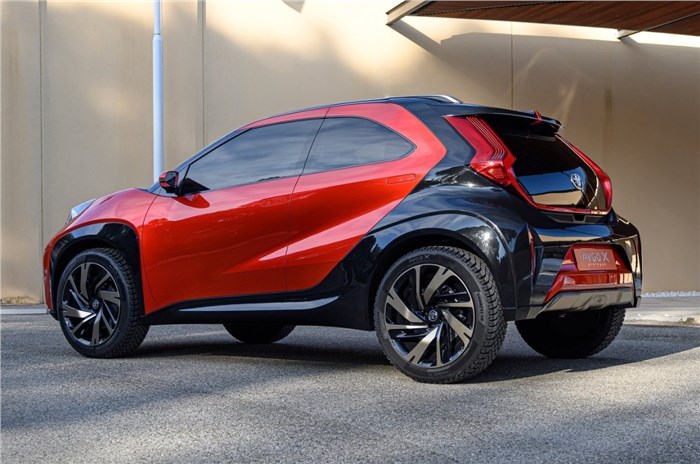 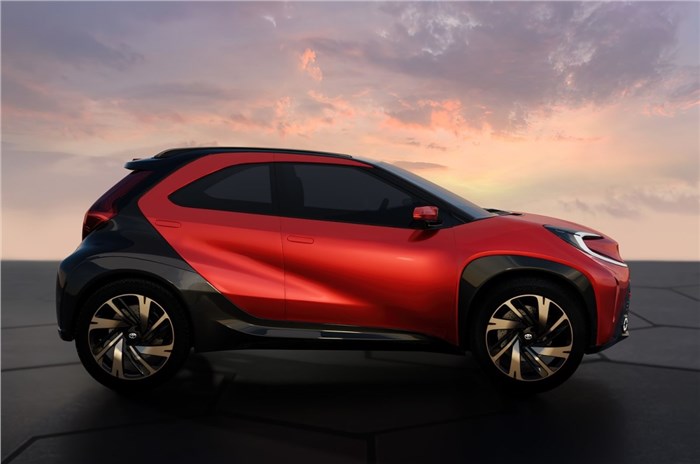 Toyota has released a first set of images of a concept compact crossover that will most likely replace the Aygo, Toyota's entry-level model in Europe. Called, the Aygo X Prologue concept, this new crossover has been designed to prove that entry-level cars can also deliver standout design, according to Toyota.

Toyota Aygo X Prologue concept: what is it?

Touted as a replacement for the Aygo, the Aygo Prologue X could see series production sometime next year. Despite the raised ride height, 19-inch wheels and heavily flared arches (aspects that will likely be toned down for the production car), the influence of the existing Aygo is clear in its upright rear light clusters, glass bootlid, two-tone paint scheme and wheels pushed right out to the corners.

Off-road-inspired design cues include contrasting skidplates at the front and rear, chunky raised roof rails and distinctive hexagonal foglights. Uniquely, the concept also features "action cameras" mounted in its door mirrors for "capturing and sharing special moments of exploration," while a pop-out bike holder is integrated into the rear bumper.

The Aygo X remains below the European-spec Toyota Yaris with which it shares its GA-B platform, in terms of footprint: it's 3,700mm long and has a 2,430mm wheelbase. At 1,500mm tall, however, it's about the same height as its sibling. For reference, the current Aygo is 3,465mm long, 1,460mm tall and has a wheelbase of 2,340mm.

Toyota previously confirmed that the production version of the Aygo X will exclusively use internal combustion engines. Specifications remain unconfirmed, but the European-spec Yaris's entry-level 1.0-litre three-cylinder petrol engine is a likely candidate, and the Aygo X will likely be available with either a five-speed manual or CVT automatic gearbox.

While the Aygo won’t make it to India, Toyota sells the Baleno-based Glanza hatchback here which is its entry-level model currently. The brand also retails the Vitara Brezza-based Urban Cruiser SUV, the popular Innova Crysta, the recently updated Fortuner SUV, the Vellfire luxury MPV and the recently launched Hiace MPV in India.

New Toyota electric SUV concept to be unveiled next month