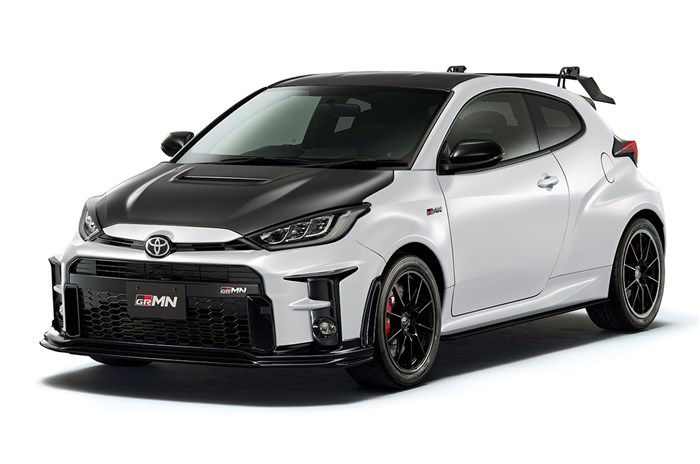 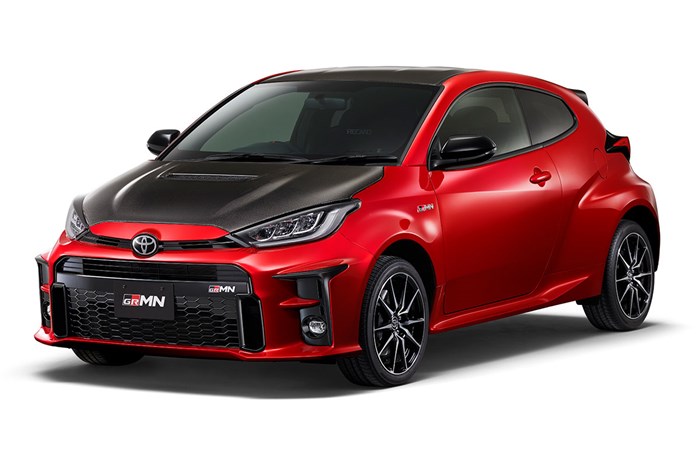 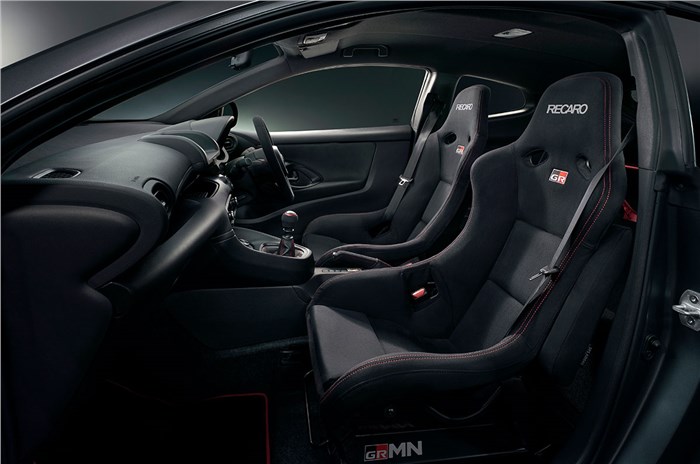 GRMN Yaris is a strict two seater; bench seat removed to save weight.

Toyota has revived the GRMN moniker for a heavily uprated and highly exclusive version of its GR Yaris hot hatchback for the Japanese domestic market (JDM). Revealed at the Tokyo Auto Salon – one of the world's biggest exhibitions of modified cars – the new GRMN Yaris is described as a "fully tuned model of the GR Yaris that has gone through rigorous refinement with professional drivers".

Just 500 examples will be built, all destined for sale in Japan, Toyota's home country, later this year via a 'reservation lottery'. Pricing too will be at a premium over the standard hot hatchback.

As suggested by its GRMN badge – 'Gazoo Racing, tuned by the Meister of the Nürburgring' – the new special edition has been developed by Toyota's GR performance division using learnings from motorsport.

The headline upgrades are a stiffer body (courtesy of 546 new spot welds and 12m of extra structural adhesive), a 20kg weight loss (the rear seats make way for a chunky cross-brace), a 10mm increase in width for improved aerodynamics, and a 10mm drop in ride height for a lower centre of gravity.

The GRMN Yaris also receives a mechanical limited-slip differential – the regular GR Yaris has a Torsen unit – and a new gearbox with close-ratio first to fourth gears to "make efficient use of the engine power band". The company has yet to confirm the impact this has had on the GR Yaris' 5.5sec 0-100kph time.

The 1.6-litre three-pot turbo engine, too, gets some enhancements over the JDM-spec GR Yaris. Power remains unchanged, at 272hp, though torque is up 20Nm, to 390Nm.

Toyota says the hot hatch "has evolved into a car that can be driven faster and with more peace of mind, with improved braking force, grip, cornering and following performance based on feedback from professional drivers".

The 500 buyers will be offered the choice of two optional upgrade packages on top of the GRMN modifications.

The GRMN Yaris is marked out from the standard car most obviously by its exposed carbon-fibre bonnet and roof panel, and the Recaro bucket seats.

Alongside the GRMN Yaris, Toyota has launched a new personalisation programme that aims to provide customers with cars “that evolve quickly and can be tailored to individuals” like a race car. Driving data from each car can be used by engineers to usher in bespoke software tweaks and hardware settings to optimise performance for its driver.

Shifting focus to the Indian market, Toyota has yet to officially launch any of its models from the GR performance brand in the country. The carmaker recently launched the facelifted Camry Hybrid in the country, with the next launch set to be the Hilux pick-up on January 20.

The carmaker is also expected to roll out facelifted versions of the Glanza and Urban Cruiser in the coming months.

Would you like to see Toyota bring the GR Yaris to India? Let us know in the comments below.