The Japanese giant is looking at importing the sportscar under the homologation-free category. 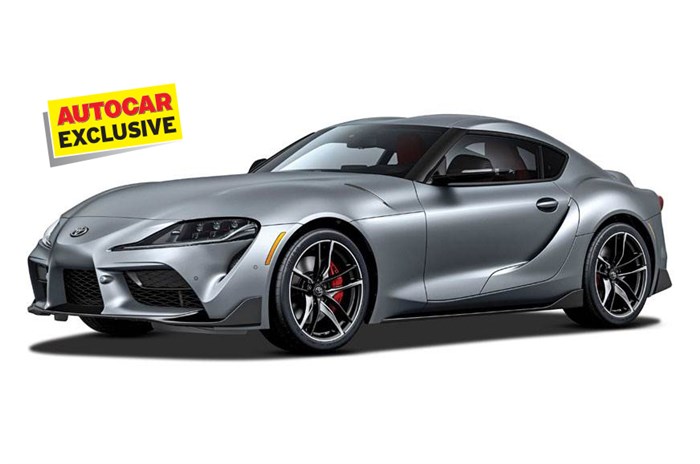 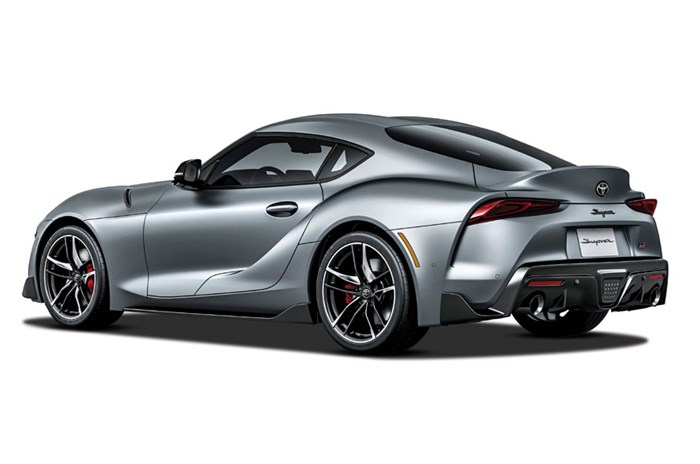 Toyota in India may be know as a company that’s all head and no heart, and that, to some extent, may be true, what with its practical Innova and rugged Fortuner ruling the roost. This, however, could all change this festive season, with the Japanese giant seeming all set to inject some youthful energy and excitement into its range.

Part of the planned migration from a highly dependable but workman- like brand, to one that has the potential to enthuse and excite, Toyota’s move involves showcasing some of its finest cars, designs and technologies in a phased manner. As a first step, it has decided to leverage the 2,500 import car rule. The plan is simple: import a bunch of much wanted and superbly designed cars and drop them into showrooms, and then hopefully onto our roads.

As you can see from the pictures, the car most likely to be imported first into India is the new Toyota Supra, or the A90. Officially known as the Gazoo Racing or GR Supra, it is a car that comes from Toyota’s very successful racing car division – the one that builds its world championship rally cars, 24 hour Le Mans sports prototypes, and even the GR-Four, a 272hp rally replica of the Yaris hatch.

The Supra is actually a sportscar that has garnered a fair amount of respect and admiration from the motoring world. A front-engine, rear- drive car powered by a big straight-six engine under the hood, the new Supra follows the template set by its famous predecessor, the A80, back in the late ’90s. Where this A90 differs from all others is that it is built on mechanical bits shared with BMW’s new Z4 roadster. Power, of course, goes to the rear wheels, and what makes the Supra even more alluring is that Toyota has tuned the suspension, steering and differential to make it drive and handle like a sportscar rather than an open-top GT. “It’s more a Porsche rival than one for the BMW Z4,” says chief engineer Tetsuya Tada. Toyota even says that because it is a hard-top and has been considerably beefed up, it’s now a lot more rigid and stiffer than even the famous LFA coupé, with the centre of gravity lower than even the GT86. The straight-six under the hood makes an impressive 340hp and has an acceleration time of 4.3sec to 100kph.

The standout feature on the A90, however, is its design. The manner in which the single-seater-like nose cone has been integrated into the design is stunning, and then there’s the open chin where the ‘front spoiler’ stands out as well. Also very neatly executed is the vertical slash on the outside of the headlight, the bulge in and around the running board, and the mini spoiler at the rear.

Where the design feels a bit too much is on the inside. You can all but hear Toyota’s logical brain overriding the temptation to spend more and give the cabin greater individuality. Still, quality levels are good, the cabin is robustly built and well equipped, and it even has a fair-sized boot, which seems to be quite usable.

For those of you interested, the current Supra in time- honoured tradition has also been modded, pushed and prodded. Remember the famous, almost-unbreakable 2JZ Toyota inline six, with it’s sequential turbos. And it’s no different this time around.

Tuners have actually taken the engine past the 1,000hp mark (with internal mods), there are all sort of chassis and suspension upgrades available, so this should also make for a great project car. What kind of price will Toyota be able to offer the car for? Our guesstimate, looking at other Toyota imports, would be somewhere around Rs 85 lakh to 95 lakh, depending on the kit. That, with the demise of the Land Cruiser in India, should neatly make it Toyota’s flagship in India. The Supra is already on sale in Thailand, Indonesia, Philippines, Malaysia and South Africa; so isn’t it time Toyota get its Porsche fighter here too?