MG will price the e-SUV at around Rs 22 lakh; to rival the Hyundai Kona Electric in India. 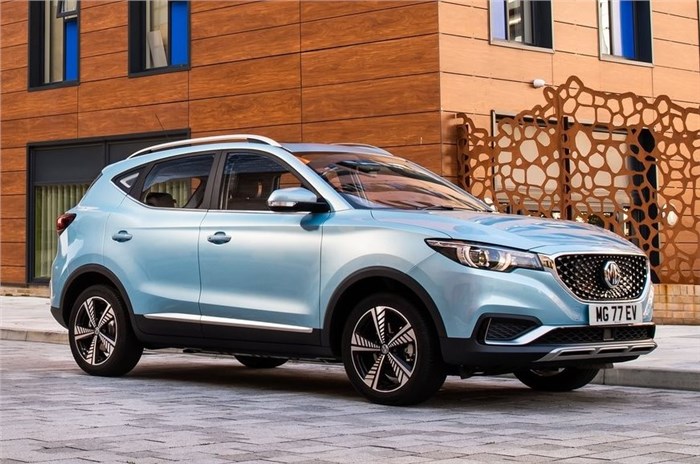 With a positively strong response to the Hector SUV – its first product for the Indian market – MG Motor India is steaming ahead with its plans to aggressively expand its product portfolio in the country. As is widely known, MG has decided to leverage the potential of the relatively untapped EV market by choosing the all-electric ZS SUV as its second offering in India. While we had already reported that the India-spec ZS EV will be revealed by the end of 2019, we can now confirm that its price announcement will happen in January 2020. Bookings are also slated to begin in December this year.

By launching the ZS EV, MG is hoping to bring new types of customers into its fold. However, the company is mindful of the challenges faced by India's EV market, which is still at a nascent stage in the country. In an exclusive interaction with Autocar India at a recent event, Rajeev Chaba, president and managing director, MG Motor India said, “At least you can’t blame us for not trying. We are trying everything; we are trying to be innovators here.” On the subject of target sales numbers, he added, “It’s not a volume game; it’s very niche. It’s basically the first of its kind in the country. So, it all depends on many factors. Volume is not important here; the important thing here is to give a good experience to the consumers and to educate the customers.”

To keep costs in check, MG will utilise the CKD (completely-knocked-down) strategy for the ZS electric vehicle, with trial production already having begun at its Halol (Gujarat) plant earlier this year. Expect prices to be to the tune of Rs 22 lakh (ex-showroom). Just as its Korean rival, the Hyundai Kona Electric, we can confirm that the ZS EV too will be sold only in a single variant. At the time of launch, retail outlets will also be limited to just five Indian cities – Delhi-NCR, Mumbai, Hyderabad, Bengaluru and Ahmedabad.

The battery-electric MG is already sold in international markets like the UK, Thailand and China. The India-spec ZS EV can be expected to pack a 150hp electric motor and a 44.5kWh lithium-ion battery capable of delivering a claimed range of 335km on the older NEDC test cycle and 262km on the newer WLTP testing procedure. Charging times are pegged at 7hr using a 7kW AC charger and 40min (from 0-80 percent) using a 50kW DC fastcharger.

As we found out in the test drive of a pre-production model, the ZS EV holds a lot of promise. Click here to read the full review.