MG Motor to have 50 dealerships in India by June

50 dealerships with up to 120 touchpoints in India to be setup by Hector's launch in June 2019; special MG Experience Centres will also be conducted across the country to create brand awareness. 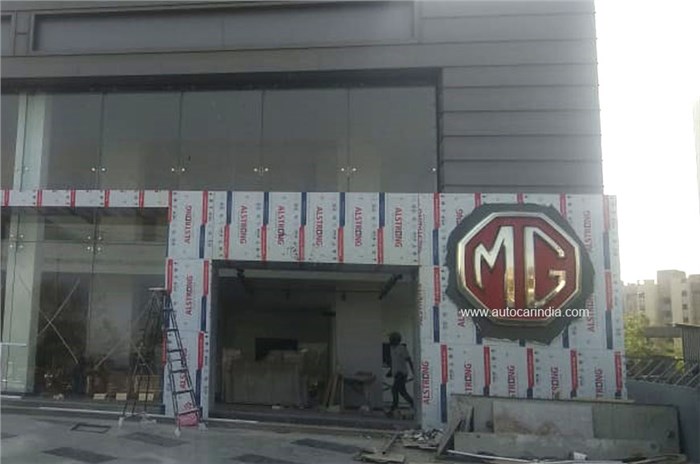 MG Motor India has announced that it will launch the Hector SUV in June 2019, with the carmaker working on appointing dealer partners extensively. We can now confirm that the automaker will have 50 dealers in India by this June, and these dealers will have up to 120 touchpoints. MG has worked out a ‘one city – one dealer’ policy for most cities and towns across the country with a few exceptions (like Mumbai), and the dealers will all have one primary showroom and a service centre.

MG Motor India has also taken a leaf out of Tesla’s playbook and will organise special MG Experience Centres in malls across the country to increase awareness.

The MG Hector will be a five-seat SUV that'll sport the typical upright SUV stance and design. The Hector will also have a split headlamp design, quite similar to the likes of the Tata Harrier and the upcoming Hyundai Venue, and will get full LED headlamps too. In terms of features, the Hector will be equipped with connected car technology, which will include AI-powered voice assist, over-the-air updates with 5G capabilities and a tie-up with apps like Gaana and TomTom for music and navigation-related features. MG has tied up with Microsoft for cloud-based services and with Cisco to provide cyber security on all its vehicles. It is also understood that the SUV will have almost 75 percent localisation when launched in India.

Speaking to Autocar India, Rajeev Chaba, president and MD, MG Motor India also mentioned how unlike several automakers in India who concentrate solely on wholesale sales, MG will in focus only on retail sales for India. Click here to watch the full interview. Similarly, unlike other major manufacturers, MG will announce only retail sales figures and not wholesale sales figures – which are essentially sales from the automaker to dealers and not necessarily to the actual final customers. The carmaker has tied up with over 100 vendors in India for the Hector and future products as well.

Following the MG Hector, MG will launch an electric vehicle in India by the end of 2019.