Hector CVT will be available in the top two variants. 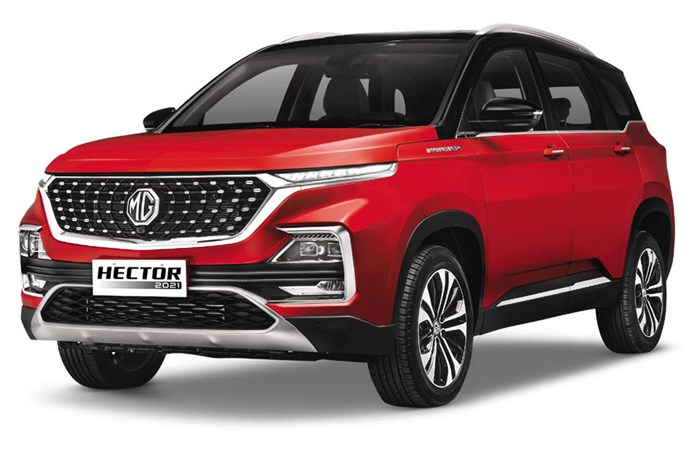 MG Motor India will introduce yet another update to the Hector line-up. The 5-seat Hector petrol SUV will soon come with a CVT gearbox. Price announcement for the Hector petrol CVT will take place on February 11, 2021. The model will be based on the recently facelifted Hector that made its debut last month in India.

MG Motor India currently sells the Hector petrol with either a 6-speed manual gearbox or a DCT automatic. The company will introduce the CVT gearbox option in the Hector, which according to a few dealers we spoke to, is likely be sold alongside the DCT variant. For those who don’t know, the Hector-based Wuling Almaz SUV sold in Indonesia is already available with a CVT gearbox.

The Hector petrol CVT will come with the same 1.5-litre turbo-petrol engine and will sit alongside the other two variants that come with a manual as well as DCT automatic option. The top two variants of the Hector, Super and Sharp, will be available with a CVT gearbox. According to dealer sources, MG Motor India will market the CVT-equipped Hector petrol as a city-friendly SUV while the DCT will be targeted atcustomers who are looking for more highway driving as that gearbox can be jerky at low city speeds.

The CVT gearbox is expected to be more fuel-efficient too and will be smoother than DCT. When launched, the Hector petrol CVT will be the first vehicle in its category to offer two automatic gearboxes in the same market. More details are expected to be revealed in the coming days.

The 5-seat Hector petrol CVT will rival the likes of the Hyundai Creta, the Kia Seltos and the Nissan Kicks in the Indian market.