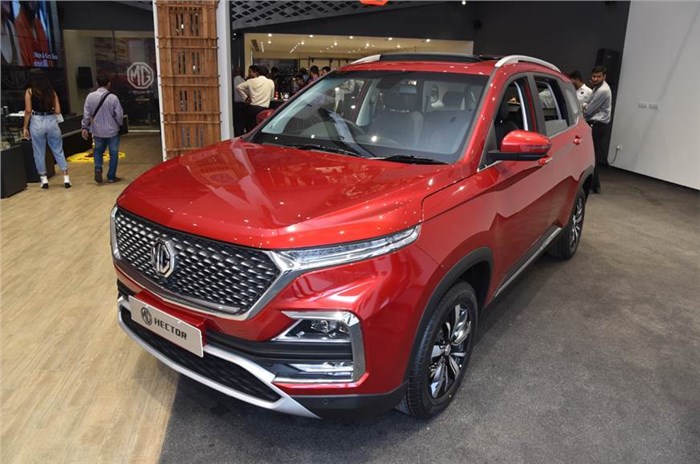 MG Motor India has announced that its first product for our market, the Hector SUV, has crossed 50,000 bookings. The model was launched last year and has been a blockbuster hit for the company, steadily selling nearly 3,000 units a month. The demand for the Hector in its initial phases was quite high, even resulting in the company temporarily suspending bookings for the SUV for a short period. The company has also confirmed that it has sold 20,000 units of the Hector SUV in India since its launch.

The MG Hector is on sale with multiple engine-gearbox options. The Hector comes with either a 143hp, 1.5-litre petrol or a 170hp, 2.0-litre diesel engine. A 48V mild-hybrid variant is also available with the petrol engine. Gearbox options comprise either a 6-speed manual or a 6-speed DCT automatic gearbox for the petrol, while the petrol-hybrid and diesel engines are only offered with the manual.  The company has already introduced BS6-compliant petrol engines and will roll out a BS6 diesel range soon.

MG Motor India currently has around 200 outlets in the country; the number is expected to hit around 250 by next month.

Along with the BS6-compliant Hector diesel, the company is also working on rolling out the six- or seven-seat Hector Plus that was unveiled at Auto Expo 2020. Additionally, the MG Gloster large SUV is also expected to come to India in around Diwali this year.