We have compiled a list of all the key details you should know about the Hector Plus, ranging from its size to its interiors, below. 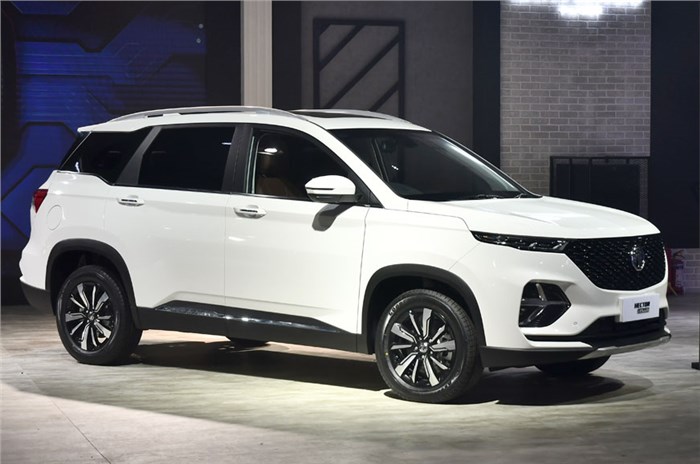 MG revealed the three-row version of the Hector – dubbed the Hector Plus – at the recently held Auto Expo 2020. Although the Hector Plus shares quite a few things with the Hector, there are a number of differentiating factors (besides the additional row of seats) between the two; like its styling and dimensions. Here are some important things you should know about the Hector Plus.

How large will it be?

Barring its length, the Hector Plus shares all its dimensions with the standard model. This means the Hector Plus measures in at 4,695mm in length (40mm longer than the Hector) while its height and width are unchanged, at 1,760mm and 1,835mm respectively. This increase in length can be attributed to the reworked rear bumper.

What's new on the outside?

Although the Hector Plus doesn’t look drastically different compared to the regular Hector, it still features a number of styling tweaks that help differentiate it from its stablemate. These include the thicker LED DRLs, the all-black grille, a reworked front-bumper design, and a new design for the headlight and fog-lamp cluster, reworked taillights, a new rear bumper and new dual-exit exhaust design. The LED light bar from the Hector that is positioned on the tailgate has been removed. The extra 40mm length over the 5-seat Hector is evident when viewed from the side, as the rear overhang is larger.

The biggest talking point on the inside are the new seating configurations, as the Hector Plus will be offered as both, a 6-seater with captain seats in the second row, and a 7-seater with a regular bench style seat in the second row. Besides this, the Hector Plus’ cabin is also expected to get mild cosmetic tweaks, along with updated software for the 10.4-inch portrait touchscreen infotainment system. The top-spec variant will also feature a panoramic roof and MG's in-car connectivity suite, just like the standard Hector. 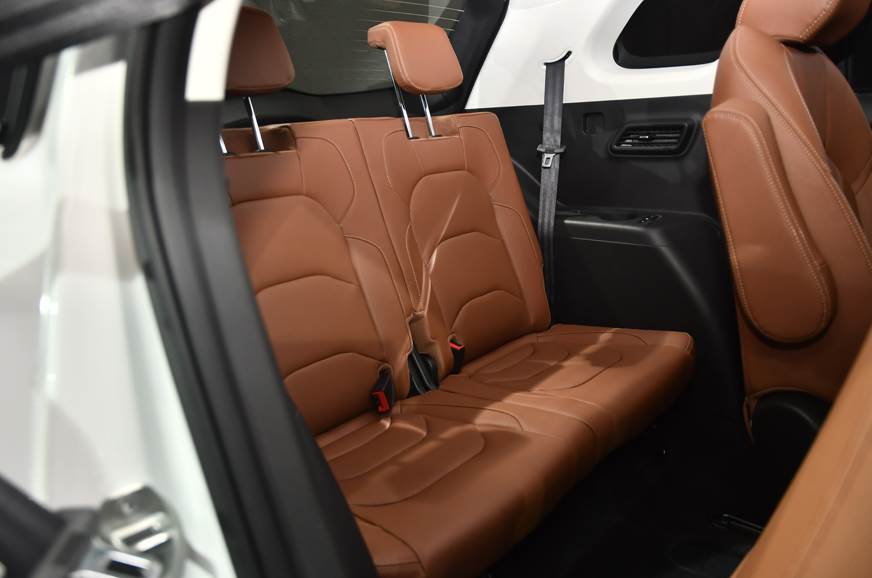 What engines will be on offer?

Powering the Hector Plus will likely be the same BS6-compliant petrol and diesel engines. These include the 170hp/350Nm, 2.0-litre diesel engine, 143hp/250Nm, 1.5-litre turbo-petrol motor and 1.5-litre petrol unit with a 48V mild-hybrid system. The gearbox options are also expected to be identical – all three engines come with a 6-speed manual, while the petrol models also get a 7-speed dual-clutch automatic as an option.

What are its competitors and how much will it cost?

The Hector Plus will face competition from other 7-seaters like the Tata Gravitas and Mahindra XUV500, along with the next-gen Hyundai Creta which will get a 7-seat option later on. Pricing for the Hector Plus is expected to be announced by MG Motor India in the second half of 2020, and it is also expected to command a decent premium over the Hector.