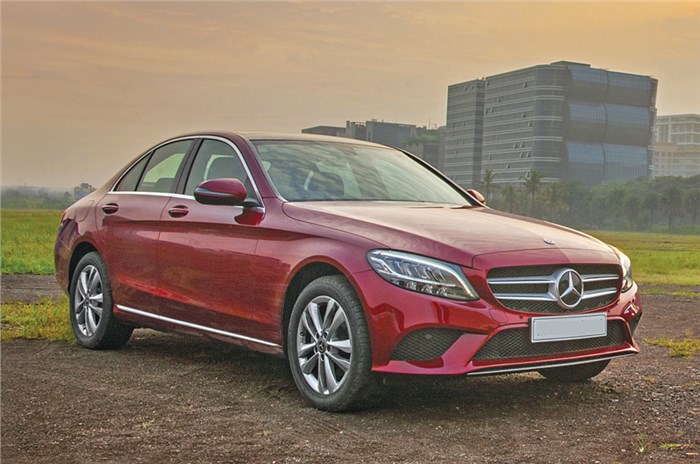 The German manufacturer has introduced an all-new 184hp, 1.5-litre petrol engine and mild-hybrid technology to the C-class lineup.

Mercedes-Benz India has quietly introduced a new variant of the recently-updated C-class sedan. Dubbed as the C 200 Progressive, the new variant is priced at Rs 43.46 lakh and comes with a new petrol engine and mild-hybrid tech.

The C-class facelift had launched on September 20, 2018 with just a single diesel engine available in two states of tune – 194hp in the C 220d and 245hp in the C 300d. Now, Mercedes has added a new 1.5-litre, four-cylinder petrol engine to the lineup with a 48V mild-hybrid system that runs a torque fill function. The EQ Boost function can add up to 14hp of power and 160Nm of torque during acceleration, while battery energy is recuperated via the belt-driven starter-generator. The engine that produces 184hp at 5,800-6,100rpm 280Nm at 3,000-4,000rpm is mated to a 9-speed automatic gearbox, which sends power to the rear wheels. The C 200 is claimed to accelerate from 0-100kph in 7.7 seconds and has a top speed of 239kph.

The petrol C-class is currently available in only one variant – the Progressive. This mid-spec trim gets all the features seen on the C 220d Progressive like LED headlamps, a panoramic sunroof, leather upholstery, dual-zone climate control, a 10.25-inch screen for the COMAND infotainment system, park assist and ambient lighting in 64 colours.

The Mercedes-Benz C-class sedan rivals include the BMW 3 Series, Audi A4, Volvo S60 and Jaguar’s XE. Mercedes-Benz will introduce a number of models in our market during the next year, starting off with the launch of the V-class MPV on January 24, 2019.