Maruti Suzuki S-Presso to be sold in four variants

Maruti’s S-Presso will get an AMT gearbox option with the BS6-compliant 1.0-litre engine in higher-spec variants. 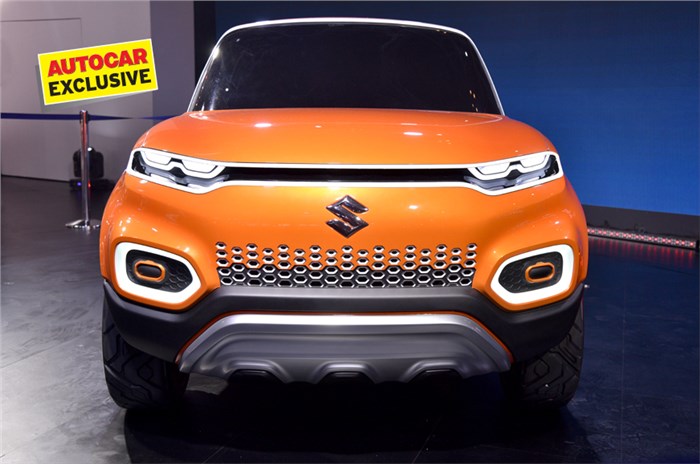 As reported by us earlier, the new Maruti Suzuki S-Presso’s price announcement will take on September 30, 2019. We can now reveal that when it arrives, the micro-SUV will debut the BS6-compliant version of Maruti’s K10 motor and come with manual and AMT gearbox options. We can also now confirm that the brand will offer the rival to the Renault Kwid in four variants, of which, the higher-spec variants will get the AMT gearbox option.

This 1.0-litre engine, which makes 68hp and 90Nm of torque and has an ARAI-rated mileage of 24.07kpl (in the Alto K10) in BS4 form, will subsequently be rolled out on to other Maruti models like the Celerio and Wagon R.

The S-Presso’s styling will be quite different when compared to other Maruti hatchbacks, with an SUV-esque design that was previewed by the Future S Concept, which made its debut at Auto Expo 2018. The production-spec version of the Future S will sport squared-out proportions and pseudo-SUV details like chunky front and rear bumpers, much like the Renault Kwid. The S-Presso will also sport a central-mounted digital speedometer – a first for any Maruti Suzuki model.

According to our sources, Maruti Suzuki will continue selling the Alto K10 alongside the S-Presso, with the new model being priced slightly higher. Expect prices in the range of Rs 3.3-4.7 lakh (ex-showroom).

Offering a top-spec automatic variant of a model is usually eschewed by carmakers in India to prices are kept in check. It remains to be seen if Maruti Suzuki’s strategy for the S-Presso will be effective.