New images of a mid-spec S-Presso have surfaced ahead of the model’s September 30 price announcement. 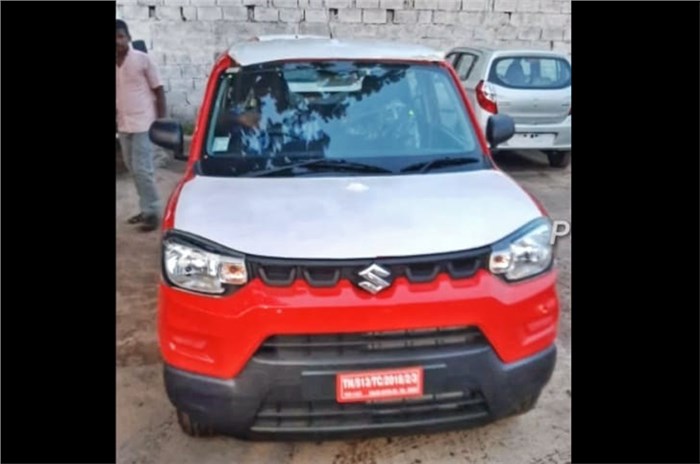 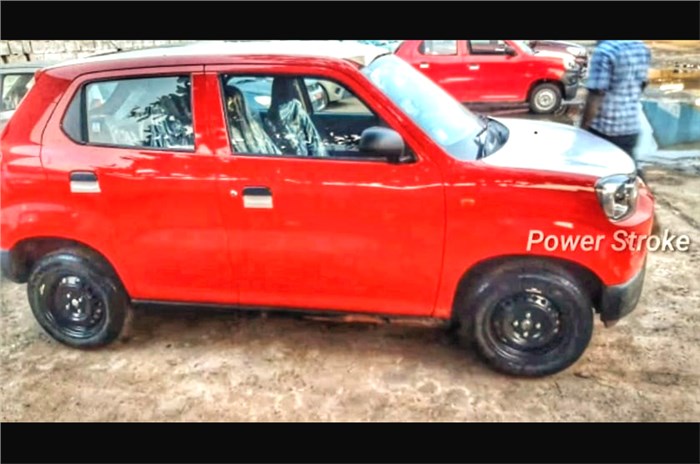 Maruti Suzuki is gearing up to launch its new S-Presso on September 30. The carmaker has recently released an official sketch, which teases the design of the micro-SUV and now, images of what appears to be an undisguised mid-spec variant – likely to be the S-Presso VXi – have surfaced online. This comes at a time when Maruti Suzuki has announced a Rs 5,000 price cut for a large selection of its models.

From the images, we can see that the S-Presso sports an overall upright shape with a squared-off front-end, a new headlight design and a slim grille design with inserts, which resembles the Vitara Brezza’s. As this is a mid-spec example, the LED DRLs – which are positioned on the front bumper on the top-spec VXi+ variant – are missing, as are the chrome inserts on the grille. This specific car also sports 14-inch steel wheels finished in black, although the VXi variant does get wheel covers.

Structurally, it is worth noting that the S-Presso is based on Maruti Suzuki’s Heartect platform, which brings with it structural rigidity benefits that will help the car comply with the updated crash test norms, as well as help keep its kerb weight in check. The S-Presso weighs in at 726kg.

We can also confirm that the S-Presso will be Maruti Suzuki’s first offering to come equipped with the BS6-compliant 1.0-litre K10B petrol engine. The motor is a three-cylinder unit, which is good for 68hp and 90Nm of torque. This engine will be paired to a 5-speed manual gearbox, with the top-three variants – the VXi, VXi(O) and VXi+ –coming with the option of an AMT automatic gearbox.

The S-Presso has begun reaching Maruti Suzuki Arena dealerships and the car will be on display at said dealerships once launched on September 30. In our market, the Maruti Suzuki S-Presso will compete directly with the Renault Kwid, which will also going to get a facelift shortly.