First official pictures of the S-Presso provide a glimpse of its interiors and the equipment on offer. 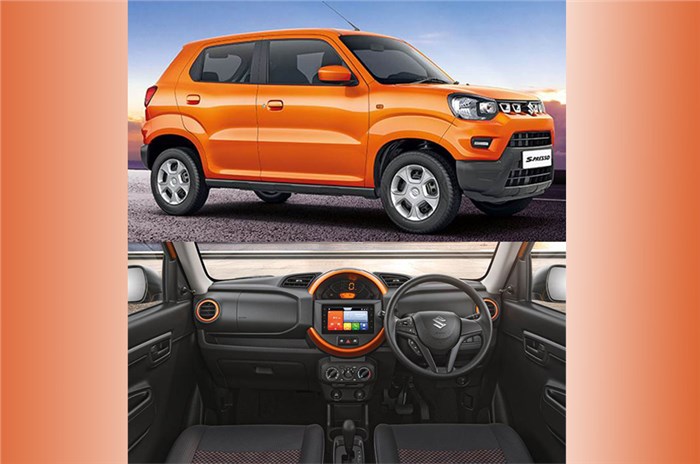 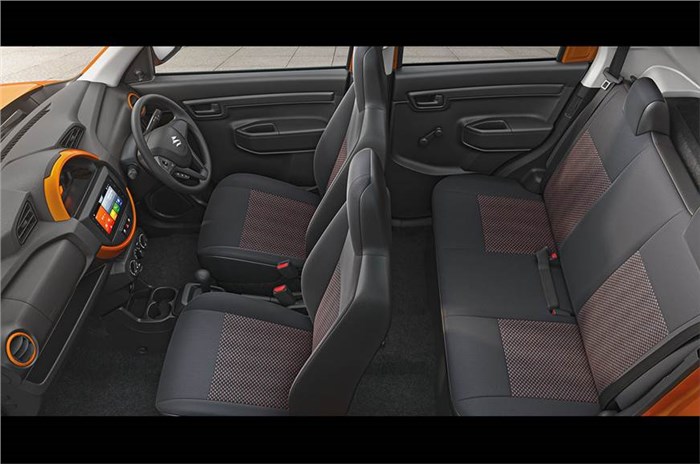 Maruti Suzuki has released a first set of interior and exterior images of the upcoming S-Presso, which will be launched in our market on September 30, 2019.

While the first exterior image of the car was revealed by us first in our 20th Anniversary issue and on the web, the company began officially teasing the model recently ahead of revealing the car.

The first images of the S-Presso’s interior confirm that Maruti has kept the overall dashboard design similar to the one seen on the Future S concept shown at Auto Expo 2018. In production form, the S-Presso gets an all-black interior with colour-coded orange bits on the top-spec trim. The dashboard is upright and features a centrally-mounted digital speedometer and tachometer. Maruti’s SmartPlay Studio touchscreen infotainment system is positioned right below it, taking centre stage. The speedometer console and the infotainment system have a large circular outline that is reminiscent of the Mini’s unit. The central AC vents are positioned on either side of this circular enclosure.

Additionally, some of the features of the top-spec S-Presso can be confirmed via its interior image. The budget, high-riding hatchback will come with the same steering wheel seen on the Wagon R and among other Maruti models, get steering-mounted audio and telephony controls, manually adjustable wing mirrors, front power windows with controls mounted on dashboard, a manual HVAC and a 12V socket, along with USB and AUX inputs positioned next to it.

As far as the exterior styling goes, the S-Presso is Maruti Suzuki’s answer to the Renault Kwid. It sports an overall SUV-like upright stance, with a squared-off look coupled with rugged-looking front and rear bumpers and a high ground clearance. The S-Presso is based on Maruti Suzuki’s Heartect platform, which brings with it structural rigidity benefits that will help the car comply with the new crash test norms. The model will come with dual front airbags on higher variants, along with other safety equipment like ABS, a speed warning system and rear parking sensors standard on the entire line-up.

As reported by us earlier, the S-Presso will be Maruti Suzuki’s first offering to come equipped with the BS6-compliant 1.0-litre K10B petrol engine. It will deliver 68hp and 90Nm of torque. The images released also confirm that Maruti will offer an AMT gearbox; we've previously reported that it will be available on higher variants – the VXi, VXi(O) and VXi+ – though a 5-speed manual will be standard across the range.