The brand claims that the new S Presso CNG offers a fuel economy of 32.73km/kg. 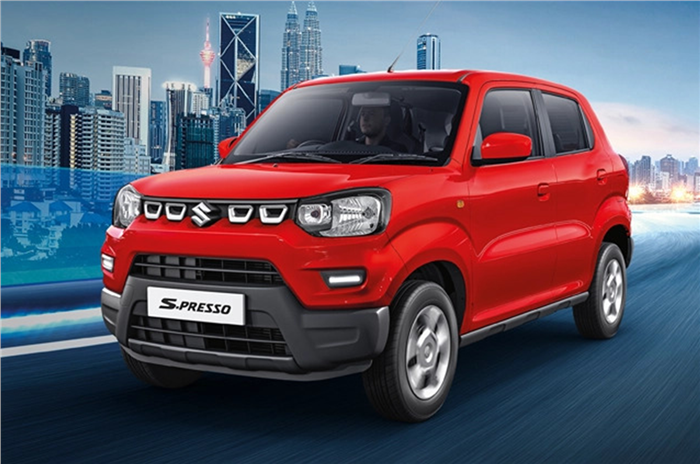 Maruti Suzuki has launched the S Presso CNG with prices starting from Rs 5.90 lakh for the LXi variant, going up to Rs 6.10 lakh for the VXi variant (ex-showroom, Delhi). Compared to the equivalent petrol-powered S Presso, the CNG version of the high-riding hatchback costs Rs 95,000 more.

This isn’t the first time that Maruti has introduced the S Presso CNG. In 2020, the carmaker had equipped the car with a factory-fitted kit. Maruti Suzuki also stated that it has sold over 2.26 lakh units of the S Presso across the country.

Just like the recently updated S Presso, its CNG version also gets the new 1.0-litre K10C engine that’s only offered with a 5-speed manual gearbox. In petrol-only mode, the new engine puts out 65hp and 89Nm of torque, however, in CNG mode, it puts out 57hp and 82Nm. This is 1hp lower and 4Nm higher than the old CNG-spec K15B motor.

Maruti claims that the new S Presso CNG can offer a fuel economy of 32.73km/kg, which is 1.53km/kg higher than the previous CNG-spec model. It is 2.87km/kg lower than the Celerio CNG –  currently the most fuel-efficient CNG model.

Similar to other Maruti CNG models, the S Presso CNG also gets dual interdependent ECUs, an improved injection system for better air-fuel mixture in the engine. Safety, too, has been enhanced with new stainless steel pipes and joints to prevent leakage in the CNG structure and safety switches to cut off the engine while refuelling.

The S Presso CNG does not boast of any notable changes to its exterior or interior design apart from an additional S-CNG badge on the tailgate. The high-riding hatchback gets a 55-litre CNG tank fitted to the boot. In terms of safety features, the S Presso CNG gets dual airbags, ABS with EBD, rear parking sensors, and seat belt reminders as standard.

The petrol-powered S Presso competes against the Renault Kwid and the recently launched Maruti Suzuki Alto K10, however, neither of the rivals has a CNG-powered version.

‘An SUV in each segment key to success': Maruti Suzuki MD