The automaker plans to focus more on shared mobility, rather than personal mobility, in the EV segment. 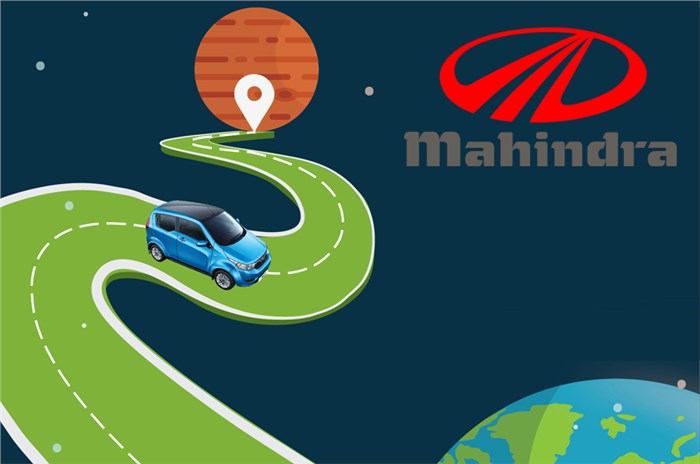 In the past decade, electric mobility has emerged as a major trend in the automotive industry, with great strides being made in terms of practicality and affordability. Mahindra, a company that has been the bellwether of electric vehicles in India, plans to accelerate its efforts in this space in the months ahead. The company recently outlined its electric mobility roadmap, including its upcoming products and technologies.

Contrary to some of the other OEMs in the industry, the home-grown automaker intends to direct its concerted efforts more towards the fleet segment, rather than private buyers. Commenting on the company’s strategy, Dr Pawan Goenka, managing director, Mahindra & Mahindra, said, "Our focus is on shared mobility and not on personal mobility. And that is the priority that the Government of India has also given because that is how you will get the maximum bang from the buck in use of electric vehicles in India in terms of the impact on the environment and the impact on oil imports."

The company believes that appealing to private buyers necessitates vehicles with higher range and, consequently, bigger battery packs. This has the tendency to push up costs and weaken the business case for most buyers since the vehicles would be priced out of their respective segments.

With cumulative sales of 30,000 electric vehicles till date, including four- as well as three-wheelers, Mahindra plans to step-up its drive towards clean mobility. The company will launch the eKUV100 hatchback in April-June 2020 at a projected price point of under Rs 9 lakh, which could make it the most affordable, mainstream electric car in the country. In accordance with the firm’s scheme, the hatch will be targeted more at the fleet segment and deliver a range of 130-150km on a single charge.

This will be followed by an electric quadricycle named Atom, which was first displayed at the 2018 Auto Expo. The small four-wheeler is scheduled to go on sale in the third quarter of FY2021. Commenting on the company's expectations from the Atom, Goenka stated, "It will hopefully redefine last mile connectivity."

The next major launch will be of the XUV300-based electric vehicle in calendar year 2021. While Mahindra is doubling down on EVs in the shared mobility space, Goenka stated that this e-SUV will be a high-range vehicle that will be aimed at the personal use segment. And as we had exclusively reported earlier, there is also a Ford Aspire-based EV in the pipeline that Mahindra is developing, though company executives didn’t discuss the electric sedan at the recent event.

On the three-wheeler side of things, the company plans to further push the sales of its electric offerings which include the e-Alfa Mini and Treo. ‘Make in India’ is a key focus area with all components of the Treo – including motors, power electronics and chargers (except battery cells), which are set to be locally manufactured starting April this year. Mahindra is still in the process of evaluating commercial viability of the electric two-wheeler space in India, though the company already produces products in this segment at its Pithampur, Madhya Pradesh plant which are exported and sold in France as the Peugeot e-Ludix. The firm has also stated that it has no plans of manufacturing e-buses for the time being.

Furthermore, Mahindra is setting up a state-of-the-art R&D centre in Bengaluru with an investment of Rs 500 crore. The carmaker is investing a similar amount in its manufacturing facilities in Chakan, Maharashtra, to set up the capacity for producing high-voltage batteries and motors.

In the push towards electric mobility, group subsidiary Mahindra Electric is poised to play a significant role. In an exclusive exchange with Autocar India and sister publication Autocar Professional, Arvind Mathew, head of International Operations, Mahindra & Mahindra, said, "The company aims to engineer, develop, test the most technologically advanced, affordable electric drivetrains to make it worthwhile for an OEM to buy from it." Though Mahindra Electric currently supplies powertrains to Mahindra & Mahindra for integration into their vehicles, Mathew also said that it is open to selling to other OEMs too, including SsangYong and Ford.

Commenting on the penetration of EVs in the Indian market, Dr Pawan Goenka stated, “We have now reached a point where electric vehicles can take off in the shared mobility space.” He further added, "Electric three-wheelers are already commercially viable, with the current pricing and the current subsidies that the Government of India has." However, he believes that there is still some work to be done to boost the commercial viability of electric four-wheelers. “OEMs should reduce prices by about 8-10 percent from where they are and Mahindra is working on that,” said Goenka. Moreover, he expressed that lowering of power tariffs for charging to the lowest slab, strengthening of charging infrastructure and priority financing for shared mobility could also reap dividends.

Mahindra believes that it has a fairly holistic approach to electric vehicles, in terms of technology, products and tie-ups with service providers which can help it realise the full potential of the EV segment in the Indian market.