Mahindra eKUV100 could be the most affordable EV in India

The all-electric hatchback will get a sub-Rs 9 lakh price tag; launch expected around April-June 2020. 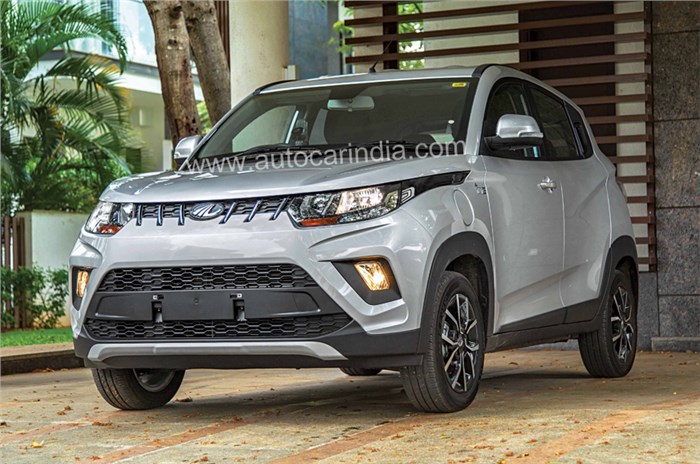 Mahindra has announced that it will be expanding its electric vehicle portfolio with the market launch of the eKUV100 in April-June 2020. At a recent event, Dr Pawan Goenka, managing director, Mahindra & Mahindra, further stated, “Our focus (with the eKUV) is on shared mobility and therefore we have focused on how to make it affordable.” The company revealed that the all-electric hatchback will be priced under the Rs 9 lakh-mark and will deliver a range of 130-150km on a single charge. The EV, which debuted as a concept at the 2018 Auto Expo, will also be showcased in production form at the upcoming edition of the biennial motor show.

At an aggressive price tag of under Rs 9 lakh, the eKUV100 will essentially become the most affordable, mainstream electric car in the Indian market, though it still remains to be seen whether this price point is inclusive of the Indian government’s FAME 2 (Faster Adoption and Manufacturing of Electric vehicles) subsidies for commercial EVs. As such, the new Mahindra will undercut its own sibling, the eVerito, as well as the Tata Tigor EV, which are priced starting at Rs 9.12 lakh and Rs 9.44 lakh, respectively – these figures are inclusive of the available government incentives. For reference, the combustion-engined KUV100 NXT commands between Rs 4.88-7.95 lakh in its current BS4-compliant form.

Mahindra has also emphasised that the eKUV100 will be geared more towards the fleet segment. As such, the company believes that its planned range of 130-150km will suffice for its intended role and that the electric hatch can be used for shared mobility by being charged when it’s not in use during the day to top-up the batteries. Goenka and other key officials opined that appealing to a private buyer would require a significantly higher range. This could be achieved only by upping the battery size which, in turn, would drive up costs and result in the vehicle being priced out of the segment.

We’ve already driven a pre-production prototype of the eKUV and you can read the full review here. The EV is expected with a 40kW (54.4hp) electric motor driving the front wheels through a single-speed automatic transmission. The battery will likely be a 15.9kWh unit, which can be juiced up in 5hr 45min with a regular AC charger or 55min with a DC fast charger.

At launch, the Mahindra eKUV100 will have no direct rivals, though the status quo could change down the line. Maruti Suzuki is working on an all-electric iteration of the Wagon R and Hyundai is also said to be developing an affordable EV for the Indian market.