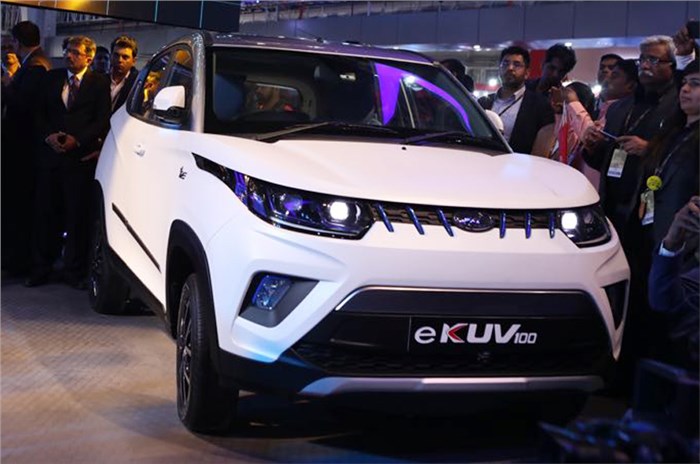 Mahindra had lots of electric vehicles on display at Auto Expo 2018, one of which was the eKUV100. The all-electric version of the KUV100 hatchback is part of Mahindra’s plans to electrify its range in the future, and it will be launched in India in 2019.

The eKUV100 concept on display uses the same 30kW motor and lithium-ion battery pack as the eVerito already on sale. Mahindra claims a range of 140km on a single charge and that the battery is capable of fast charging, with 80 percent being charged in less than an hour. However, the Mahindra Electric official we spoke to said that the eKUV100 could run an updated motor and battery pack by the time it launches in 2019.

In terms of design, both inside and out, there isn’t much to differentiate the electric version of the KUV100 from the standard internal combustion model, besides the EV badging and minor detailing. Like the standard KUV100, the eKUV also features a six-seat configuration.

Similar to the tech offered on the e2o, the Mahindra eKUV100 is equipped with smartphone connectivity, remote diagnostics, cabin pre-cooling and real-time location tracking. The car will also monitor driving styles and calculate battery status depending on accelerator and driving inputs.