The Defender can now be purchased with three engine-gearbox options in India. 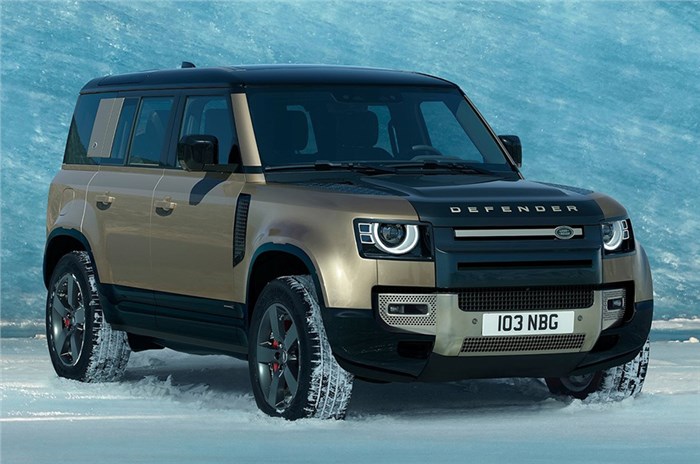 In our market, Land Rover is offering the six-cylinder diesel and petrol engine options with both, the smaller Defender 90 (3-door) and the larger 110 (5-door). The diesel-powered Defender is available in four trims – SE, HSE, X-Dynamic HSE and X. It is worth mentioning that while the X-Dynamic HSE trim is similar to the HSE in terms of equipment, it gets various cosmetic changes on the interior and exterior. It is a similar case with the X trim.

Under the hood, the Land Rover Defender can now be had with a 3.0-litre, in-line six-cylinder turbo-petrol engine that makes 400hp and 550Nm. There is also the option of a 3.0-litre, in-line six-cylinder turbo-diesel engine that churns out 300hp and 650Nm. Both engine options feature mild-hybrid technology and come paired to an 8-speed automatic transmission. They also get a four-wheel drive system as standard.

Besides this, Land Rover has also begun accepting bookings for the P400e plug-in hybrid variant which is expected to join the line-up later this year.