Nearly 35,000 Gypsy SUVs would be replaced in a phased manner with the newer ones that have joined the fleet as late as 2020.

The Indian Army has started looking for a replacement for the ageing yet capable Maruti Suzuki Gypsy that has been a favourite of the armed forces for almost two decades. The Gypsy has been ordered by the armed forces in multiple batches with some of the last units delivered as late as 2020.

A requirement will be placed in the coming months by the Indian Army for new 4x4 vehicles with a soft top that will replace over 35,000 Gypsys, which are currently in service, in a phased manner.

The Gypsy was introduced to the Indian market in 1984, alongside the Maruti 800 (SS80) and Maruti Omni. The SUV’s rugged appeal and its go-anywhere ability made it the de-facto choice for the Indian Army, which replaced the heavy and aging Jonga, and later the Mahindra MM540 and MM550, to some extent, with the Gypsy.

The high demand and repeat orders from the armed sources meant that Maruti Suzuki continued supplying the SUV to the Army till 2020, long after the civilian version was axed due to new emission and safety norms. The service life of the Gypsy in the Indian army is around 15 years, which means the replacement process will be gradual and continue for a number of years.

Indian Army and the Safari Storme

Despite the Gypsy being the mainstay, the Army had started looking for newer vehicles. In 2017, it signed a contract with Tata Motors to supply over 3,000 Safari Storme SUVs, and it has been used by the Army to transport senior officials since then. The SUV is categorised under the GS800 (General Services 800) vehicle classification, which subscribed to the basic criteria of the hard-top vehicle with air conditioning and 800 kg of minimum payload. 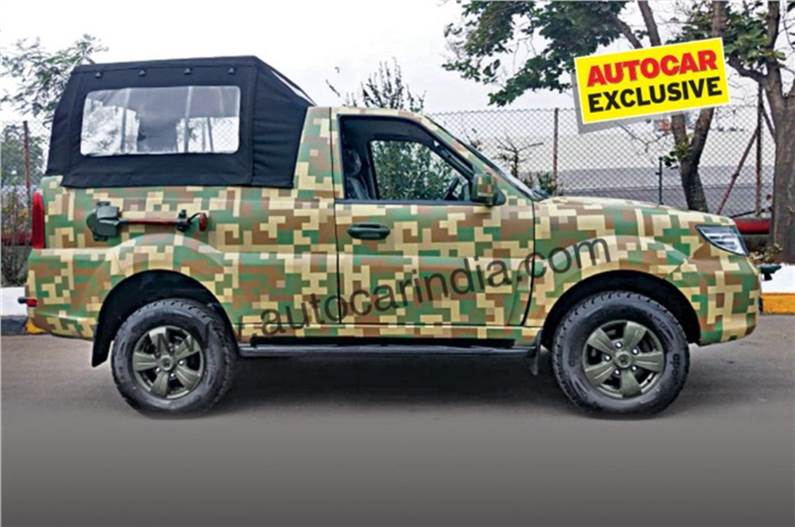 The army-specific Safari Storme is quite different from the civilian version with an upgraded drivetrain, heavily modified suspension and other changes. The Safari Storme is expected to continue to be in service with the armed forces for a long time as most units are fairly new.

In May 2018, Tata showcased the Army-specific three-door, soft-top Safari Storme at the Defence Expo in Chennai, although the vehicle could not enter service in the armed forces.

Also see: 2022 Brezza to have many firsts for Maruti

Replacement for the Gypsy in the Indian Army

The Army is looking for a soft-top 4x4, which can be used in rugged terrains like mountains. A soft-top proves more versatile as it enables soldiers to place rifles, guns and mobile communication systems, and also allows for easy movement of Quick Reaction Teams.

The Indian Army is expected to open a tender and companies can present a brand new vehicle based on the existing platform. It is likely that the contract could be split between the lowest and second-lowest bidder if both vehicles clear the stringent trials.

It remains to be seen if the soft-top Safari Storme can be a contender as the series production of the car was stopped in 2019 before the introduction of BS6 norms.

How much time it will take for Maruti to upgrade Gypsy to BS6? Not sure if any major changes are required to the platform.

How much time it will take for Maruti to upgrade Gypsy to BS6? Not sure if any major changes are required to the platform.