Confirms supply of over 3,000 Safari Stormes to the Army and Navy. 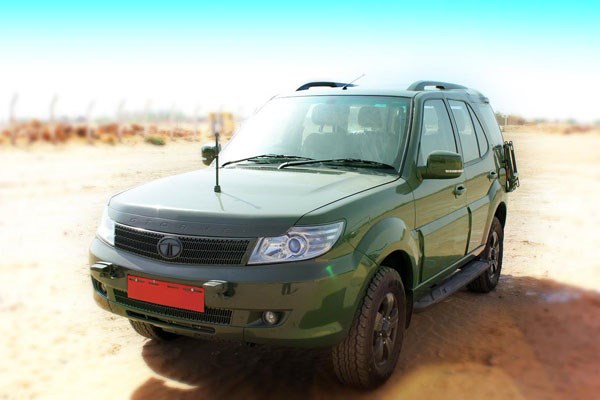 Tata Motors has formally signed a contract to supply an initial order of 3,192 units of its Safari Storme 4x4 to the Indian Armed Forces. Late last year, Autocar India reported that the Storme beat Mahindra Scorpio as the choice for the armed forces’ general service vehicle after more than a year of rigorous testing in various terrains across the country. It will be categorised under a new GS800 (General Service 800) vehicle classification that subscribes to the basic criteria of a hardtop vehicle with air conditioning and 800 kg of minimum payload. The army wanted to move away from a GS500 (General Service 500kg) platform, which includes the Gypsy, as the need was for a hardtop vehicle with a heavier payload carrying capacity. Safari Storme for the armed forces will be significantly different from the civilian version with an upgraded drivetrain, heavily modified suspension and other changes.

Commenting on the recently bagged order, Vernon Noronha, vice president, Defence & government business, Tata Motors Limited, said, “This variant of the Storme has been modified from the one available for civilians with an upgraded drivetrain and significantly modified suspension. The Safari Storme was conceived and designed keeping in mind the need for a rugged, comfortable and reliable vehicle, making it popular with law enforcement agencies. We will shortly commence delivery of these vehicles for the army and the navy in a phased manner.”

Additionally, in 2015, Tata Motors’ Defence arm won an order to supply 1,239 units of its high-mobility 6x6 multi-axle trucks to the army to be used for loading, unloading and transportation of ammunition, spares and other operational equipment. The order was valued at over Rs 900 crore and was the single largest order awarded to a private Indian original equipment manufacturer in the country.