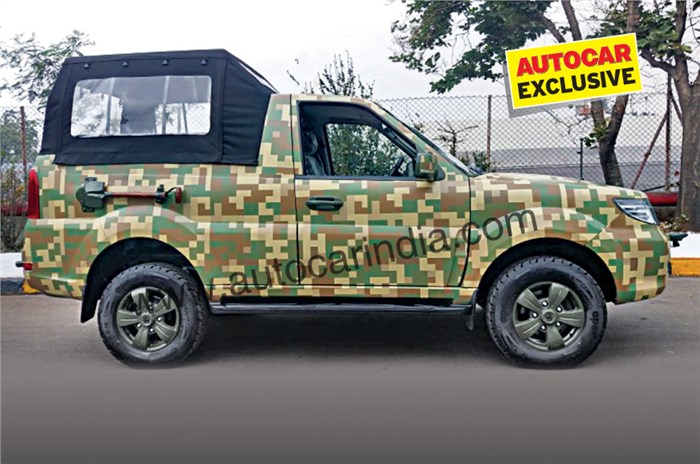 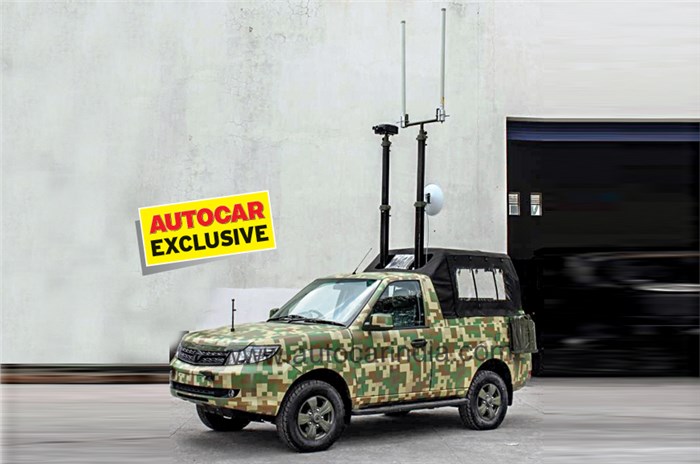 Unveiled at the Defence Expo in Chennai, the model is based on the standard five-door, hard-top body style, Army-spec Safari Storme GS800.

Tata Motors revealed a soft-top version of the Safari Storme at the recently concluded Defence Expo in Chennai. The model is based on the Army-spec Safari Storme GS800 which has a standard five-door, hard-top body style.

The GS800 (General Service 800) follows the basic criteria for an Army vehicle with a hard-top, air conditioning and a minimum payload of 800kg. The three-door, soft-top Safari Storme boasts an 825kg payload capability with seating for up to five troops, in a 2+3 configuration.

The vehicle on display at the Defence Expo was equipped with a Mobile Emergency Communication system or MECS. The emergency communication system includes an antenna and a mast that supports one- and two-way communication of emergency messages . It can also be converted into an LTE base station by plugging in a NIB (Network in a Box). Tata claims the system can be deployed within 15min.

The SUV also has special recovery hooks, a jerrycan, air conditioning and mobile charging points. Like the Army-spec five door model, the soft-top Safari Storme GS800 is powered by a 140hp, 2.2-litre diesel mated to a five-speed gearbox. 4WD is standard.

About a year ago, Tata had signed a contract to supply as many as 3,192 units of Safari Storme to the Indian Armed Forces. The carmaker has now begun deliveries of the Storme GS800 in the five-door body style.

Tatato hike car and SUV prices by around Rs 60,000