The manufacturer has an order to supply 3,192 units of the GS800 Safari Storme 4x4 army-spec SUV to the Indian Armed Forces. 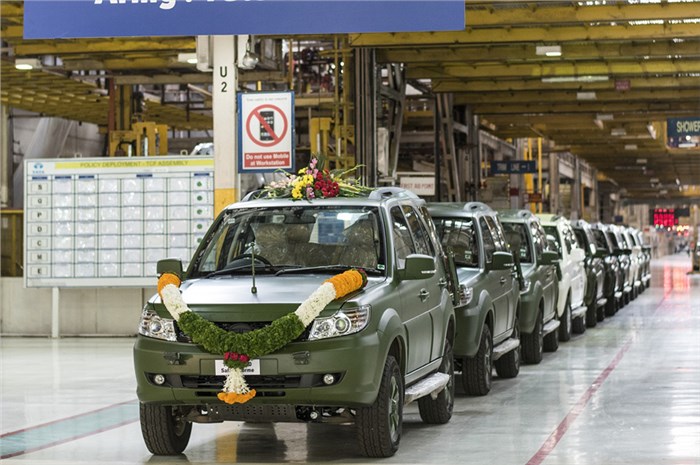 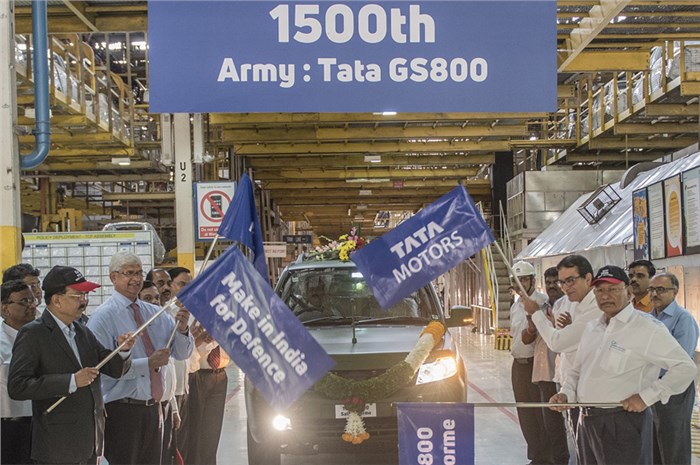 Tata Motors has reached the milestone of rolling out the 1,500th GS800 (General Service 800) Safari Storme 4x4 for the Indian Armed Forces. Tata Motors commemorated the roll out with a ceremonial flag-off by Dr. Subhash Bhamre, MoS, Defence, Government of India along with Vernon Noronha, Vice President, Defence & Government Business at the Pune facility.

The GS 800 Safari Storme is specifically modified to match the requirements of the Indian Army. It is claimed to offer 60 percent higher payload carrying capacity than the standard Safari Storme. The SUV underwent rigorous trials in various off-road and on-road terrains over the course of 15 months to make sure it endures the harshest of conditions.

The army-spec Safari Storme gets special features such as ABS, recovery hooks, jerry can and fog lamps to suit army requirement during missions. Inside, it comes with basic features such as bucket seats, mobile charging point, air conditioning, heating, a defogger and power windows to keep the vehicle low-maintenance. The space inside the cabin can comfortably accommodate six crew members and their gear.

The standard Safari Storme retails from Rs 10.84-15.93 lakh (ex-showroom, Delhi) and is powered by a 2.2-litre four-cylinder, turbo-diesel motor in 150hp/320Nm and 156hp/400Nm states of tune. The former is mated to a 5-speed manual while the latter gets a 6-speed manual and all-wheel-drive as an option.