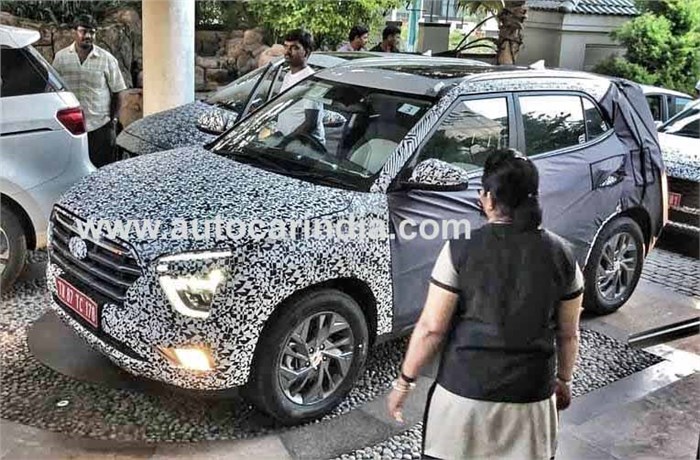 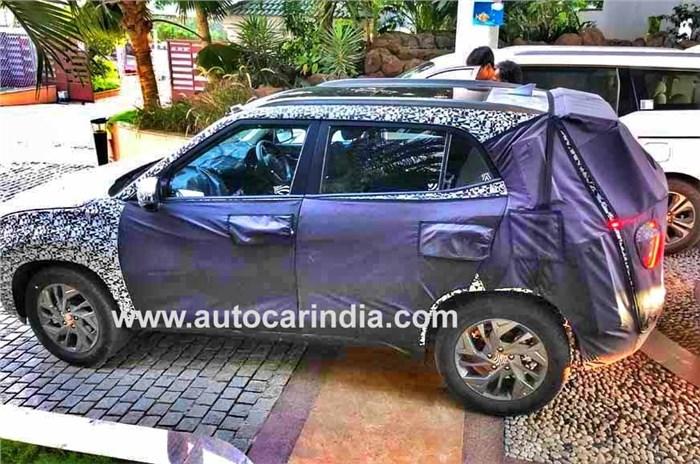 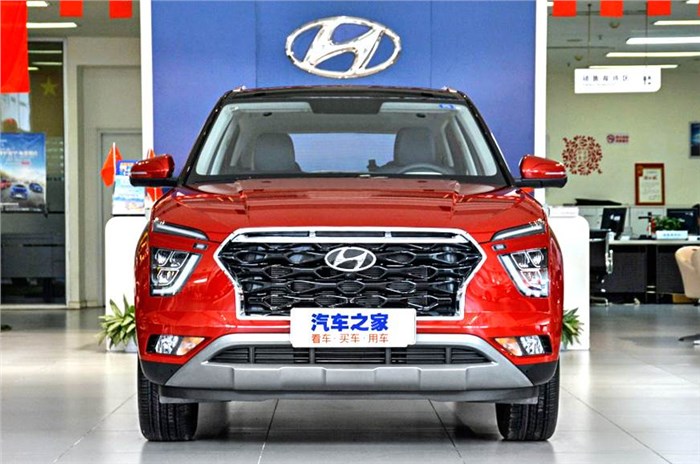 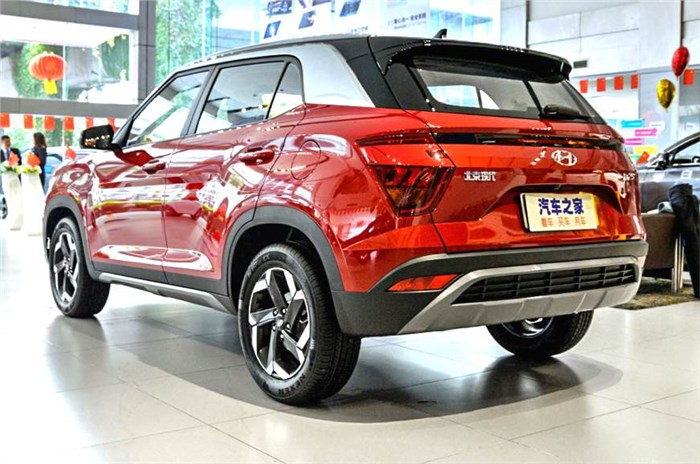 Spied for the first time in India, the Creta for our market will feature minor changes inside and out compared to the model for other markets.

While the next-gen Hyundai Creta has been seen road testing on Indian soil multiple times, today, we bring a new set of spy shots of what seems to be the actual version of the SUV, which will most likely make it to Hyundai India showrooms. The new Hyundai Creta for India will share its platform, body panels and a large number of interior bits with the model sold abroad. However, there are subtle changes: a closer look at the SUV reveals that the grille design – specifically the inserts – has a new chequered pattern instead of honeycomb one seen on the China-spec car.

Additionally, the spy shots also indicate that the India-spec Creta will have a different alloy wheel design. The outgoing Creta is available with multiple alloy wheel designs, which means it would be safe to expect the next-gen car to follow suit with multiple wheel designs finished in silver, grey and the now ubiquitous diamond-cut look.On the inside, there are talks of the model getting unique seat upholstery texture and interior shade options as well, however it remains to be seen what actually makes it to the final model for India.What can also be confirmed with these new spy shots is that the second-gen Hyundai Creta will come with a panoramic sunroof, something which is currently not available on its latest arch rival, the Kia Seltos. The MG Hector, however, can be purchased with this feature.

The new Hyundai ix25 (that’s what the Creta is called in China) is 4,300mm long, which makes it around 30mm longer than the outgoing model. At 1,790mm, the SUV is 10mm wider as well, but its 1,622mm height makes it 8mm shorter. Do note that these figures are for the China-spec model and the SUV could get more ground clearance when it launches in our market.

The all-new Creta gets a proper two-box, SUV design and follows Hyundai's latest design language. It gets a flat hood, but a somewhat bulbous nose that has a more rounded look than the upright styling of its predecessor. The front-end of new Creta sports Hyundai’s ‘cascading grille’ design and a split headlamp setup (which is now gaining popularity in the Indian market) made up of slim LED daytime running lights positioned at the top and the main headlight cluster below in a separate enclosure. An additional small light is positioned between the LED DRLs and the headlamp cluster.The lower headlight unit contains an L-shaped LED light (mostly the turn indicator) and three different clusters next to it, cleanly divided by chrome trim.

Other clearly visible styling bits that are expected to be carried over to the new Creta for India include square-ish wheel arches and the unique split tail-lamp setup. The top half of the tail-light runs across the tailgate of SUV, and there are light units positioned below it that includes the brake light and turn signals.

The next-gen Creta’s interiors are expected to come with a large 10.25-inch touchscreen infotainment system that is vertically positioned – we’ve seen this before on theMG Hector(which gets a 10.4-inch portrait-style unit).While it will be sold in India as a five-seater initially, Hyundai will also bring a seven-seat variant a little later.

While we’ve confirmed that the new Creta will share the same BS6-compliant 1.5-litre engine options with theKia Seltos, the big news is that it couldalso come with the BS6-compliant 1.4-litre turbo-petrol engine too – it’s the same unit that’s available with the Seltos GT Line.Hyundai is also likely to introduce mild-hybrid option on the Creta in India.

Expect the new Hyundai Creta to make its world premier sometime in February next year. It will face stiff competition in the Indian market from the likes of the Kia Seltos, MG Hector,Tata Harrier,Mahindra XUV500,Renault CapturandNissan Kicks.