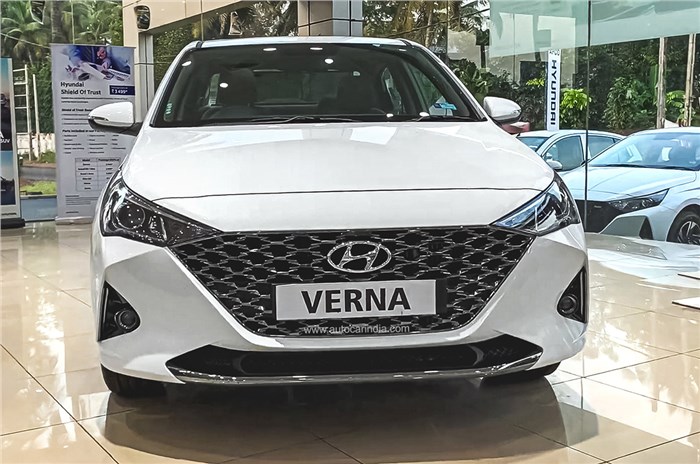 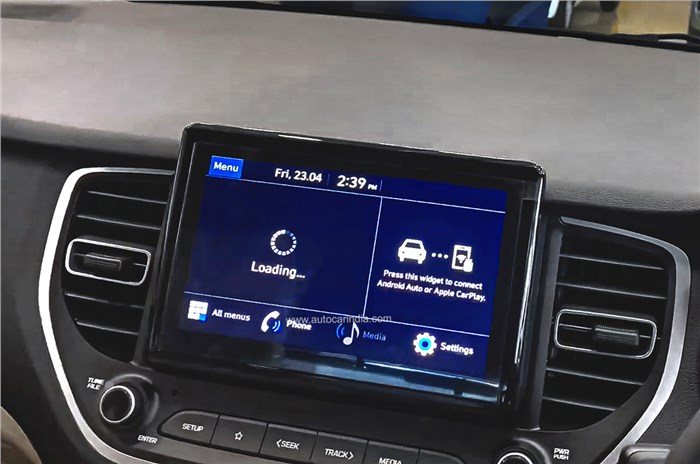 The Hyundai Verna has now become the only midsize sedan to come with wireless Android Auto and Apple CarPlay. The Verna S+ (Rs 9.60-10.81 lakh) and SX (Rs 10.98-13.36 lakh) are now available with the wireless smartphone connectivity features. The carmaker has also discontinued the previously available 1.5 Petrol S trim, with the engine option now available on the higher S+ trim.

As most will know, Hyundai offered Android Auto and Apple CarPlay support across all but the base E variant of the Verna, which does not get a factory fitted infotainment system as standard. The S+ and SX trims came with an 8.0-inch touchscreen unit, while the fully-loaded SX(O) variants received a higher-spec 8.0-inch AVN unit with a HD display that came bundled with its BlueLink connected car tech.

In a recent update, Hyundai has now upgraded the infotainment system in the S+ and SX trims to now support wireless Android Auto and Apple CarPlay. The same though doesn’t extend to the fully-loaded SX(O) trims, which still require a wired connection for smartphone integration. Interestingly this isn’t the first mass-market Hyundai to get this feature, with the mid-spec i20 Sportz also offered with wireless Android Auto and Apple CarPlay.

There is no change to the remainder of the equipment list of the midsize sedan. The S continues to pack in kit such as dual airbags, ABS, a front USB charger, dual-tone styled steel wheels, manual AC, Arkamys sound system, and a cooled glovebox, among others. The SX adds in bits like a wireless phone charger, cruise control, projector headlamps, auto headlamps, alloy wheels, a sunroof, auto dimming rear view mirror, and a rear view camera, to name a few.

Also new to the Verna line-up is a 1.5 petrol S+ variant. The S+ trim was previously only available with the 1.5-litre diesel engine, with the petrol available in a marginally lower-spec S variant. The main point of difference between the two variants is the wheel size, with the S+ getting larger 195/55 R16 units as against the S’ 185/65 R15s. The Verna 1.5 petrol S+ is priced at Rs 9.60 lakh.

The engine and gearbox options, too, remain unchanged, with the choice of a 115hp, 1.5-litre naturally aspirated petrol, a 115hp, 1.5-litre turbo-diesel, and a 120hp, 1.0-litre turbo-petrol mill. The 1.5 petrol is available with either a 6-speed manual or CVT unit, while the diesel can be had with either a 6-speed manual or torque converter automatic. The turbo-petrol is available solely with a 7-speed dual-clutch automatic gearbox.