All-new midsize SUV codenamed S301 will have five seats and sit between the XUV300 and XUV700. 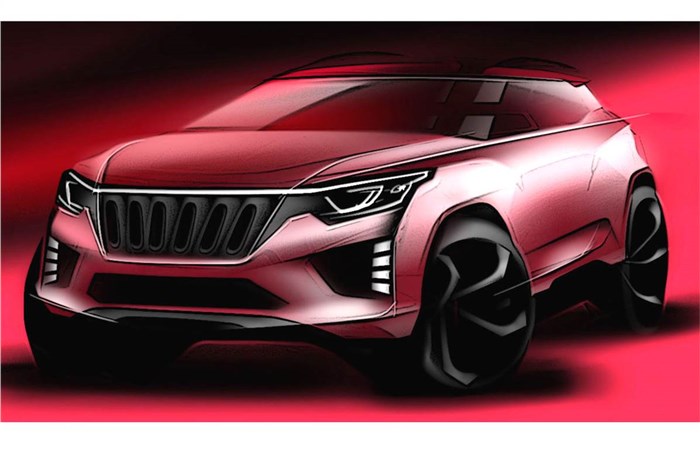 The Mahindra XUV500, as we know it today, will soon be replaced by the XUV700 (W601), leaving many speculating on what would become of the XUV500 badge. Mahindra did offer a cryptic response, saying it would ‘temporarily be discontinued’, but there’s more to it than what meets the eye. Sources within the company now tell us that Mahindra is, in fact, saving the name for an all-new, smaller SUV that will be a direct rival for the Hyundai Creta and Kia Seltos.

When the 4.6-metre-long XUV500 (W201) was launched in 2011, it had a niche of the market all to itself, and with five- and seven-seat variants, front- and all-wheel drive, manual and auto gearboxes, its model range had a long price walk. However, the Hyundai Creta, launched in 2015, was a lightning rod that attracted loads of five-seat rivals roughly 4.2-4.3 metres in length.

More recently, new seven-seaters like the MG Hector Plus, Tata Safari and Hyundai Alcazar have emerged and sit in a sub-segment above. The XUV700 will be larger and better equipped than the car it replaces (the current XUV500) and will move up in price too, fitting nicely into this newly minted seven-seater segment. This will leave a sizeable gap between it and the sub-four-metre XUV300, and that’s where this all-new SUV (codename: S301) will slot in.

Interestingly, it was earlier believed that the model naming hierarchy would remain unchanged and the S301 would be called the XUV400. However, we’ve now learned that, though it will be smaller than the current XUV500, the rebranding is intended to give it a more upmarket positioning.

The S301 was meant to be co-developed alongside a sister SUV from Ford, and in fact was all set to use the Blue Oval’s B772 platform. However, as the JV and powertrain agreement with Ford came to an abrupt end earlier this year, Mahindra has had to go back to the drawing board for the underpinnings of the S301. It is also the reason we won’t be seeing the new XUV500, which will fill a critical gap in Mahindra’s model range, before early 2024.

Without Ford’s platform to base it on, Mahindra is likely to use an extended version of the XUV300’s underpinnings. Trouble is, that would essentially mean re-engineering the SsangYong Tivoli platform, which is too heavy and expensive. So, in order to make the S301 competitive, Mahindra would have to reduce weight and cost right at the outset, which would be a challenge. However, the company will use the engineering learnings from the XUV700 for the S301. "The W601 programme taught us the art of light weighting and we are confident that the Tivoli platform, which is a great base to start with, can be optimised for the weight and cost," said a source.

The original plan between Ford and Mahindra for the joint development of a Creta fighter envisaged sharing Ford’s B772 platform and Mahindra powertrains. With the joint venture called off, Ford will no longer have access to Mahindra's state-of-the-art powertrains for its B772 based midsize SUV. This will play to the S301’s advantage given the strength Mahindra now has with its newly developed, state-of-the-art mStallion engine family.

The S301 is likely to be powered by a revised version of the XUV300’s 1.5-litre diesel engine, which is future-proofed to meet the tighter BS6 phase II emission standards that come into effect in 2023. It will also get an all 1.5-litre turbo-petrol from the mStallion family, developing around 160hp. The 1.5-litre turbo-petrol, which was unveiled at the 2020 Auto Expo was expected to make its debut in the Marazzo petrol but with Mahindra focussing only on SUVs, the company’s MPV plans have been put on the back burner.

At about 4.2-4.3 metres long, the new XUV500 will drop right into the heart of the mid-size SUV segment dominated by the Hyundai Creta and Kia Seltos. It is perhaps the most lucrative segment in the market right now, and Mahindra is right to want a piece of that pie.

Still, despite the upmarket XUV500 name, we expect an aggressive price for the S301, bang on par with the Creta at around Rs 10-17 lakh, ex-showroom. This should also wedge it right between its siblings, the XUV300 and XUV700, which will sit on either side of it with a bit of a price overlap. Styling will of course be key but with the newly set up Mahindra Automotive Design Europe (M.A.D.E) headed by Pratap Bose that worry too is covered.

Leading with the new Thar, Mahindra is on a refocused mission to build a model range of capable SUVs that cover every need and price bracket. With just the Thar, Scorpio, XUV300 and XUV700, a huge swathe of the Rs 10-20 lakh price range is already covered, but despite that, the new XUV500 or S301 is critical, as it will target the epicentre of the Indian SUV market.