New XUV700 will be Mahindra's answer to the Tata Safari, the MG Hector Plus and the Hyundai Alcazar. 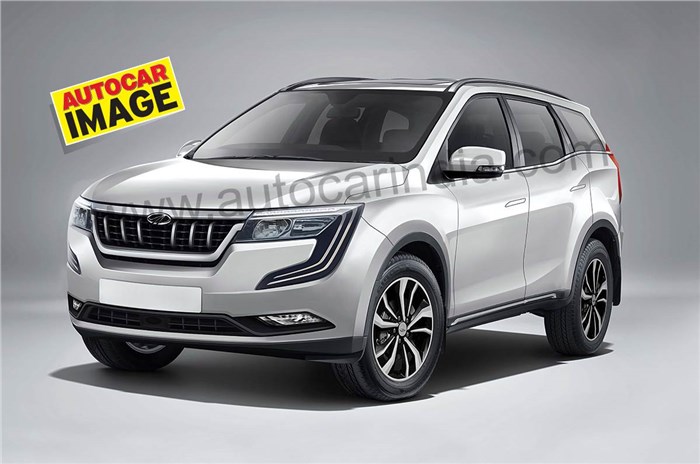 The Mahindra XUV700 moniker has recently been confirmed for the successor of the popular XUV500 mid-size SUV. Mahindra has already created a web page for the XUV700, where you can register for updates on the SUV. With the new XUV700 set to launch in India by October 2021, we have compiled five key points you should know about the upcoming Mahindra SUV.

1. It will have an all-new design

Mahindra will give the XUV700 all-new styling, though it will still have some semblance to the original XUV500. These roots will be most visible in the XUV700’s proportions, distinct shoulder line and overall silhouette. Some of the updated design elements will include a new and more upright grille, new C-shaped headlights with unique LED DRLs, new taillights, new alloy wheel design and restyled bonnet, bumpers and tailgate. Another interesting change are the door handles, that will sport flush-mounted levers that will give a more modern look.

2. It will be feature packed with some segment first tech

The new XUV700 will be packed to the gills with features, in order to help increase the SUVs appeal in its competitive segment. Some of the features included  will be a dual screen layout – one for the infotainment and one of the instrument cluster (akin to the setup seen in some Mercedes models), Android Auto and Apple CarPlay support, automatic climate control, an electronic parking brake, hill hold (for the automatic variant), various drive modes, and a panoramic sunroof to name a few. There will also be two seating configurations on offer – a 6-seat layout with captain seats in the middle row and a 7-seat layout with a bench style seat in the middle row.

Coming to the safety features, the Indian carmaker will introduce Level 2 Autonomous Driving Assist Systems (ADAS) on the higher trims of the XUV700 – which will be a segment first. ADAS will add features like adaptive cruise control and lane-keeping assist.

3. It will be larger than the outgoing XUV500

In terms of dimensions, the new XUV700 will have a longer wheelbase and be wider than the current XUV500. This has been achieved by reworking the chassis, which has also been made stiffer in order to improve the SUVs driving dynamics. The longer wheelbase and wider body should also greatly benefit the amount of cabin space on offer, especially for the second and third row passengers.

4. Launches with both diesel and petrol engine options

Under the hood, the upcoming Mahindra XUV700 will be offered with both a diesel and petrol engine option. The diesel engine will be an all-new 2.2-litre, four-cylinder mHawk unit, that is expected to produce 185hp. On the other hand, the petrol unit will be a 190hp, 2.0-litre, four- cylinder mFalcon, turbo-petrol engine. Both these engines have already been seen in the second-gen Thar off-roader, though in lower states of tune. Gearbox options will include a 6-speed manual and a 6-speed Aisin-derived torque-converter automatic gearbox.

5. The XUV700 will compete in a segment full of very popular SUVs

Like its predecessor, the XUV700 will face off against the three-row SUVs in the mid-size SUV segment. This means it will rival the likes of the MG Hector Plus, the Tata Safari and the upcoming Hyundai Alcazar.

Also, worth noting is the fact that Mahindra has confirmed it will temporarily discontinue the XUV500 when the XUV700 arrives. This may lead to Mahindra using the XUV500 moniker on the 5-seat version of the XUV700.