The seven seat version of the Hector Plus will get a bench in the middle row. 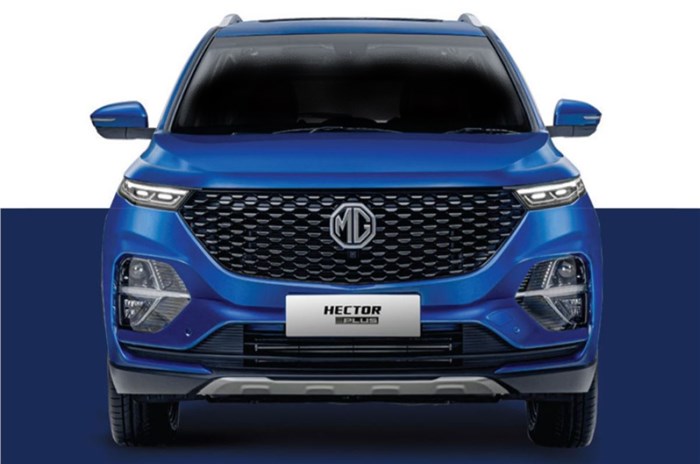 The MG Hector Plus seven seater will be the newest addition to the British brand’s India line-up come January. The biggest difference between this new model and the three-row, six-seat Hector Plus – launched in July this year – is that the seven-seat version will get a bench instead of captain seats in the second row.

Other than the bench seat for the middle row, expect a few cosmetic changes inside and out to differentiate between the six-seat and seven-versions of the Hector Plus.

The engine and gearbox options are expected to be shared between the two versions of the Hector Plus. The 143hp, 1.5-litre turbo-petrol, the same with a mild-hybrid system, and a 170hp, 2.0-litre diesel engine will be on offer. A six-speed manual is standard across the engine options though there is an option of a 6-speed dual-clutch auto with the non-hybrid petrol unit.

Like its six-seat counterpart, the seven-seat Hector Plus will be well-equipped, especially in top-spec form as the equipment list is expected to be shared between the two. Features such as 10.4-inch infotainment screen with Apple CarPlay/Android Auto, MG’s in-car connectivity tech, a panoramic sunroof, an Infinity audio system, ambient lighting, a hands-free boot opening function, powered front seats, heated wing mirrors, front and rear parking sensors, and a 360-degree camera

For now, the closest rival to the seven-seat MG Hector Plus is Mahindra’s XUV500, which is set to be replaced with an all-new model next year. More competition will also come in the form of the Tata Gravitas and the 7-seat Hyundai Creta.