The Mahindra XUV700 SUV will launch in the second quarter of FY2022. 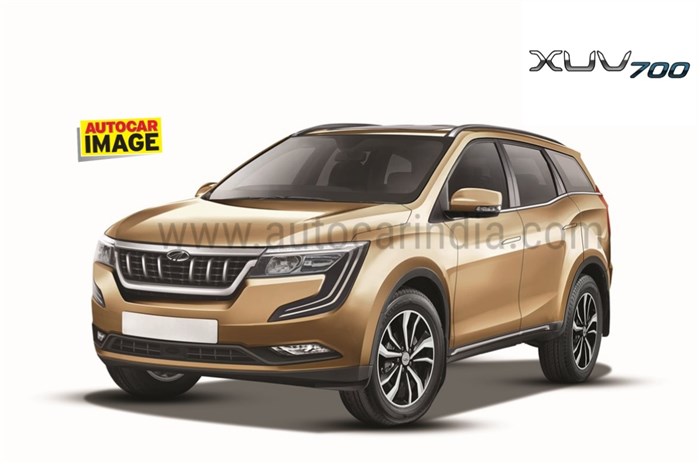 UPDATE: Mahindra has confirmed the XUV500 will be temporarily discontinued when the XUV700 arrives.

Mahindra has confirmed the name of its new W601 SUV today and has offered a few hints of what to expect. Christened the Mahindra XUV700, the Indian SUV specialist’s all-new midsize offering will be manufactured at its Chakan facility in Pune, Maharashtra, and will arrive in showrooms around October this year.

With the XUV700 name, Mahindra now has the possibility of keeping the current XUV500 on sale or perhaps even using the XUV500 moniker on the 5-seat version of the XUV700.

Pronounced as “XUV seven double oh” – like the XUV300 and XUV500 – the Mahindra XUV700 is based on the stiffer W601 monocoque platform and will be longer and wider than the XUV500. Mahindra has confirmed that both, petrol and diesel engines will be on offer, along with automatic options. The brand has also confirmed an all-wheel-drive XUV700 variant will be available.

Mahindra has also hinted at the features and technology on offer, with R Velusamy, chief of global product development, M&M Ltd, saying, “The XUV portfolio has always stood for creating disruptions and setting new benchmarks with models such as the XUV500 and the XUV300. The XUV700 is built on an all-new global SUV platform, W601, with expert partners across the world and will boast of first-in-segment technologies and features.”

Spy shots of the next-gen Mahindra SUV have shown that it will resemble the XUV500 but will have enough differences to give it a distinct look. The images have also confirmed that the SUV will get segment-first Advanced Driver Assistance Systems (ADAS), a panoramic sunroof and two large bonded-effect horizontal screens; one being the infotainment touchscreen and the other the digital instrument cluster.

More powerful versions of the Mahindra Thar’s 2.2-litre diesel and 2.0-litre turbo-petrol engines are expected to be on offer, with the same 6-speed manual and torque convertor automatic gearbox options.

Expect more details to trickle out in the run up to the launch of the Mahindra XUV700 towards the end of this year.