After its split with Mahindra, Ford to replace XUV700 platform for in-house alternative. 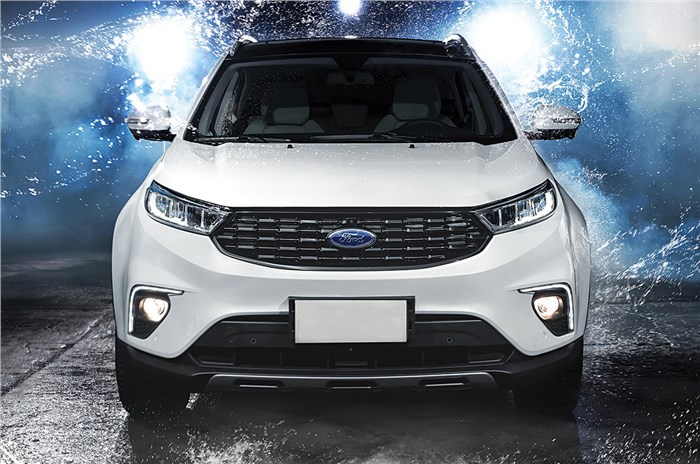 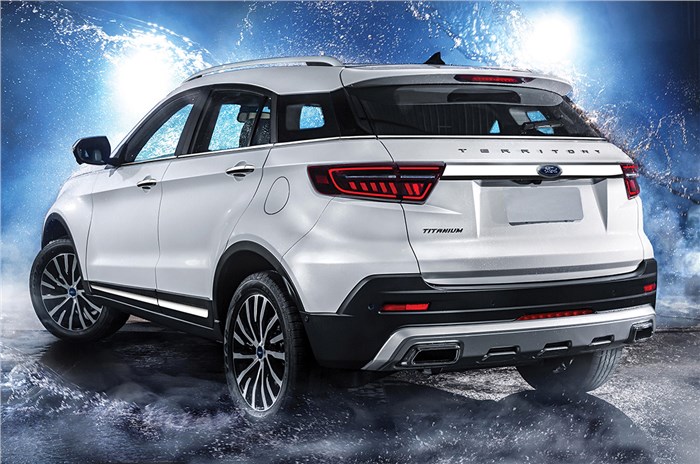 The Ford Territory is built on a platform shared with JMC or Jiangling Motors. 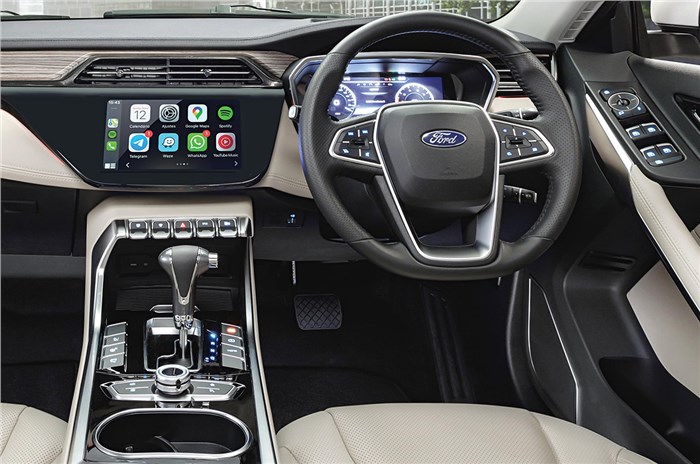 Interior design likely to change for Indian version, but no stinting on equipment. 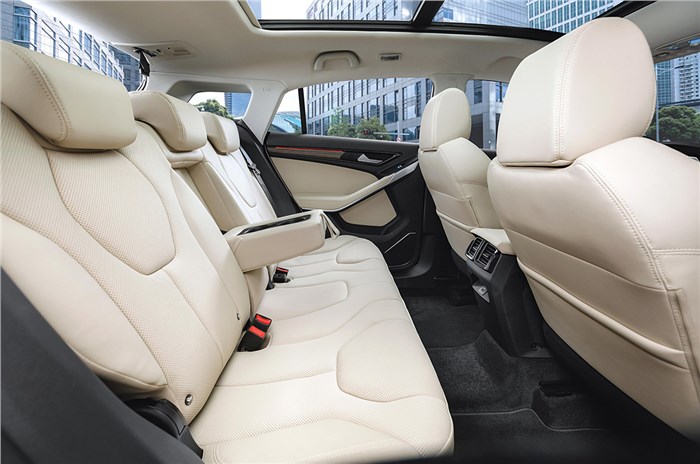 China model focuses on rear seat; Indian car will have a third row.

Ford and Mahindra have been here before. Together in 1995, but estranged by 1999, their coming together again in October 2019 was a ray of hope for both companies. The benefits were obvious; a lower cost base for Ford, and Mahindra would benefit from Ford’s huge expertise in SUVs. But the Rs 1,925 crore JV never went ahead. Was it Mahindra who declined to invest or was Ford not happy with what it was getting; alas, we may never know.

What we do know however, and with a fair amount of certainty, is that ‘all bets are off’ today. So no sharing of the XUV700 (W601) platform with Ford for its C-SUV(CX757), no 130hp Mahindra 1.2 turbo-petrol for the updated EcoSport and, going forward, no next-gen sub-four-metre Ford B-SUV or for that matter Creta rival for Mahindra. This is unlikely to benefit either company.

Sharing of platforms today is an essential element in making numbers work; see Hyundai-Kia, Renault- Nissan, Suzuki-Toyota and Volkswagen-Skoda. And this is why Ford and Mahindra will both see their costs rise. Ford however has an ingenious plan.

The new Ford C-SUV or CX757 is now likely to be built on a Ford platform that is similar in size and spec to that of the new XUV700. Similar to the one used by the Ford Territory in markets like China and Brazil, the design of the 7-seat SUV is likely to continue to be the one by worked on by Pininfarina (incidentally, also a Mahindra-owned company).

Launched in late 2018 in China, the Territory is built on a platform Ford shares with Chinese carmaker JMC or Jiangling Motors Corporation. The advantage of course is that like the Mahindra platform, it is engineered at a lower cost base. To maintain standards Ford took the help of its R&D centre in Australia, which made sure global standards were maintained. Known as the Asia-Pacific Development Centre, the facility in Melbourne includes tech like virtual reality-based engineering stations, a design centre and the Asia-Pacific Product Development Centre in Broadmeadows. The Endeavour was engineered here, and this is where the integration of the CX757 design and the Territory’s JMC based platform are likely to take place.

What will work in Ford’s favour is that the Territory platform has a similar 2,716mm wheelbase as Mahindra’s W601. The 7-seater will be larger, but the fact that it is similar in size should also allow Ford to keep alterations to the Pininfarina design down to a minimum. What could also help is that Ford Brazil, where the Figo and Aspire were worked on, has recently launched its version of the Territory. And this could prove crucial too, when it comes to sharing of systems and other technology. The other reason Ford has chosen the JMC-based platform is that it is likely to be even more cost competitive than the one from Mahindra. The Chinese car market works on a cost base that is even more competitive than that of India, and Ford could leverage this effectively.

The Ford CX757 has been designed by Pininfarina in Turin. Famous as the one-time preferred designer for Ferrari cars, Pininfarina is one of the most successful and respected design studios in the world. And not for no reason. A master of perfect proportions, smooth lines and timeless details, it is legend. And rumour has it that it has a great job with Ford’s C-SUV for India. So much so that it has caused Mahindra to look closer at its design process.

When it comes to the engine, Ford already makes its 2.0 EcoBlue diesel in India. Manufactured here and exported to the many markets around the world, the ‘Panther’, as it is called internally, powers the Endeavour in India, and Ford could, in theory, spin this engine around and install it under the hood of the CX757. The engine has already been used to power front-wheel-drive cars like the Mondeo and the Edge, the latter a similar-sized SUV, so it won’t mean having to start from scratch.

Ford could also part-assemble its 1.5 EcoBoost in Sanand, Gujarat, where the Blue Oval already assembles many engines. The Territory’s 1.5 was put together with the help of Ford Europe and engine consultants AVL of Austria, and can be had with a power output of either 140 or 150hp. And there is a 48V mild-hybrid version of the engine currently on sale in China as well.

Ford could also borrow useful bits from the Territory’s interior. Designed for markets like China and other developing markets like Brazil, it uses plenty of light colours, faux wood panels and chrome highlights. And with the 10.1-inch Sync Touch system already installed, there shouldn’t need to be much electronic reworking here either. The Territory also gets kit like wireless charging, a digital instrument screen and Ford Pass, the brand’s connected car tech.

Yes, plans have gone astray for Ford, and that will mean a lot of rejigging. But Ford also has plenty of cards in hand, and playing these right could work out in the long run. Question is, will sourcing from China, in the current political scenario, be easy?