Ford Evos gets unique styling and gets a 27-inch touchscreen infotainment system. 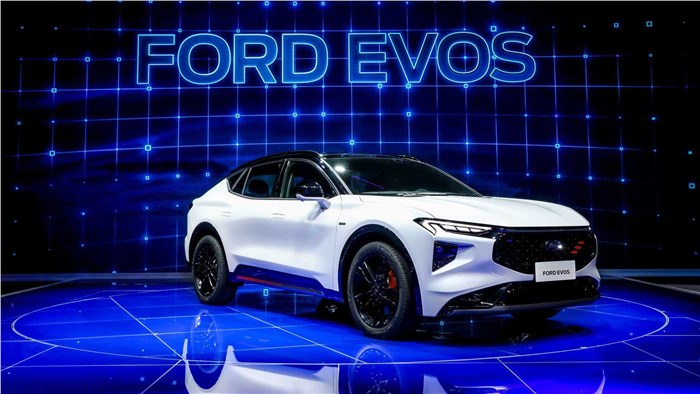 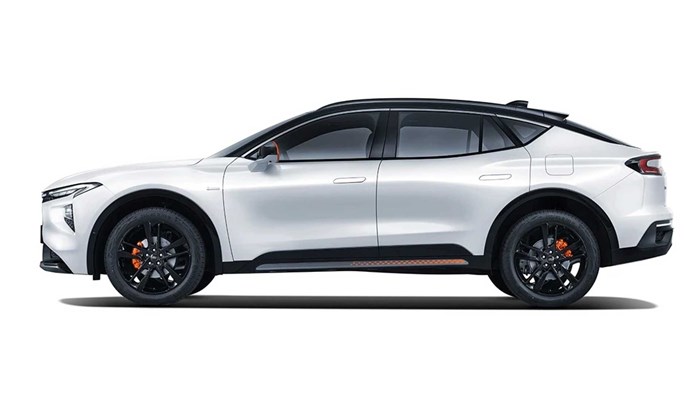 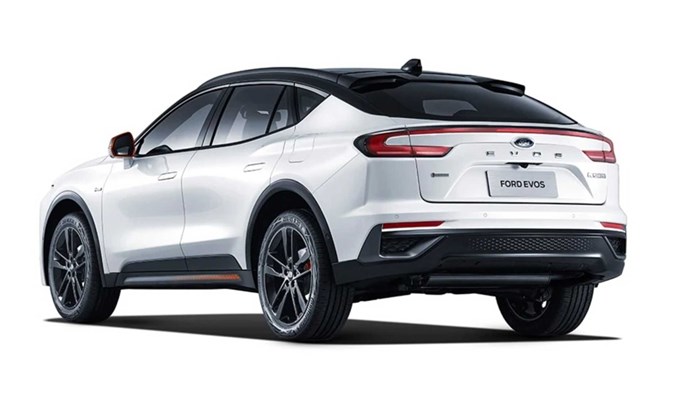 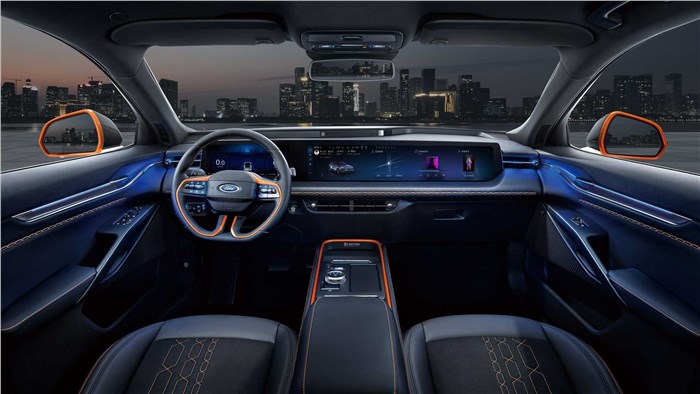 Ford has unveiled the new Evos at the ongoing Shanghai Motor Show 2021. It gets unique Wagon-SUV design that was recently seen on the all-new Citroen C5X.

Ford Evos: What is it?

The Ford Evos’ styling is a cross between a sedan, a wagon and an SUV and is largely developed by Ford's team in China where the model will be built by the Changan Ford JV.

The Evos gets a familiar look upfront that was seen on the China-only Equator SUV. It gets a lightbar above the grille that connects the daytime running lights. Additionally, the Evos gets flush door handles and an overall profile of a high-riding four door coupe/wagon.

The variant shown at the Shanghai Motor show is the 1st Edition that gets a full option list, orange accents, 19-inch wheels and a dual tone exterior body colour.

The Evos gets a futuristic ultra-wide screen setup that spans 1.1 metres (3.6 feet). It consists of a fully digital 12.3-inch instrument panel that is joined with a 4K resolution touchscreen system that measures 27 inches. Both screens are placed on the dashboard and the whole setup reminds us of the dashboard layout similar to the Honda E electric car.

The Evos' infotainment system runs on a localised version of the Ford SYNC+ 2.0 coupled with Baidu's AI tech that includes a virtual personal assistant, a setup similar to the Mustang Mach E and Ford F-150 vehicles sold overseas. This system also allows over the air updates.

For now, the Evos remains as a China only model however there are talks of it replacing the Ford Mondeo in Europe and the Ford Fusion in the North American market. There is no news of the Evos coming to India as of now.

Ford has not released technical specifications of the Evos but it has been said that the model will be sold globally with a hybrid powertrain. Additionally, there are talks of the Evos coming with a 2.0-litre turbo-petrol four-cylinder engine that also powers the Bronco Sport.

Ford currently sells the Endeavour and the EcoSport in India. The company recently introduced the EcoSport SE with revised rear styling in our market. Ford is also evaluating the Chinese-market Territory SUV's platform for an all-new C-SUV for the Indian market.