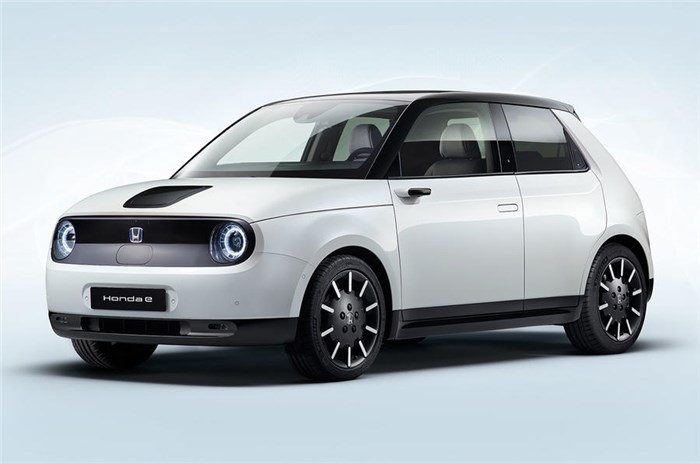 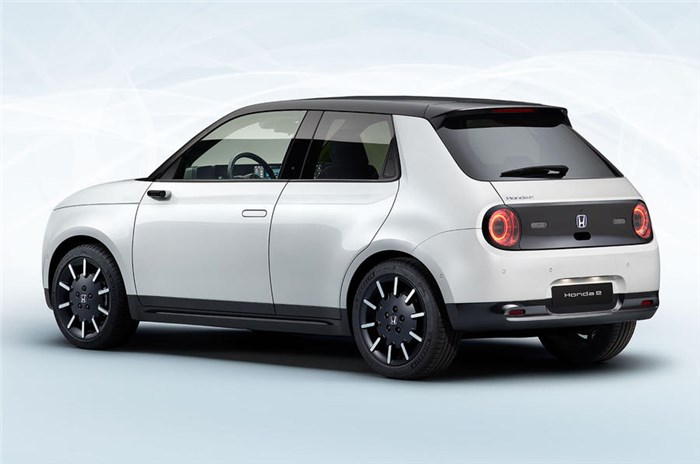 The all-electric Honda e will offer two power outputs, 136hhp and 154hp, both of which produce 315Nm of torque and go from 0-100kph in around 8sec.

The highly anticipated electric city car – first unveiled as the Urban EV concept two years ago – has finally been revealed in production form, along with more specification details, ahead of its debut at the upcoming Frankfurt motor show.

There are only two visual changes between the prototype showcased at the Geneva motor show in March and the final production car: the grille badge is not illuminated, as this feature is illegal in Europe, and the side skirt no longer says ‘Honda Design’.

The Japanese carmaker, which was initially slow to adapt, is now heavily investing in electrified models. The CR-V hybrid launched last year, but this is Honda’s first electric car for Europe and is set to become its halo model considering its advanced technology and price. By 2025, Honda intends for all of its European models sold to be electrified.

Both variants of the e EV promise a range of up to 220km from the liquid-cooled 35.5kWh battery. While this is significantly lower than that of rivals such as the Kia e-Niro and BMW i3 that deliver 454km and 310km respectively, Honda consider it to be sufficient for the city car segment.

Project manager Kohei Hitomi told us earlier this year: “Some potential customers might not be satisfied, but when you think about bigger range and a bigger battery, it has drawbacks in terms of packaging and balance.”

Honda claims that fast charging at 100kWh means an 80 percent charge in 30min, while a 50kWh charger will manage the same in 36min.

The 4-seater Honda e EV sits on a new platform designed for A and B-segment electric cars, and is slightly shorter than a Jazz and around 100mm taller than a Mini. Its gets a rear-mounted electric motor to drives the rear wheels; torque vectoring has been used to give a smoother response and improved handling in tight corners. The car rides on four-wheel independent suspension, and boasts a 50:50 weight distribution and, thanks to the placement of its batteries, a low centre of gravity.

Our sister publication, Autocar UK’s deputy editor James Attwood drove a prototype recently and wrote: “It’s in the corners where the e really scores… showcasing an agility and responsiveness.”