The Frankfurt motor show will be held from September 12-22 and we compiled a list of cars that will be unveiled at this year’s show. The Frankfurt motor show is among the largest and most anticipated events in the motoring calendar every year. This year will be no different as some of the biggest carmakers will unveil some of their most anticipated models at the show. The Frankfurt motor show will be held from September 12-22 and will see manufacturers like Audi, BMW, Mercedes, Honda, Hyundai, Ford and Lamborghini (to name a few) in attendance. We have compiled a list of some of the more noteworthy cars that will be unveiled at this year’s show. Audi Sport’s flagship wagon will retain its twin-turbo 4.0-litre petrol V8 as it moves into a fourth generation for 2020, with power upgraded to around 613hp to take on the Mercedes-AMG E63 S and BMW M5. Expect visual differences over the standard A6 to include the trademark chunkier wheel arches, larger air intakes and bigger wheels. 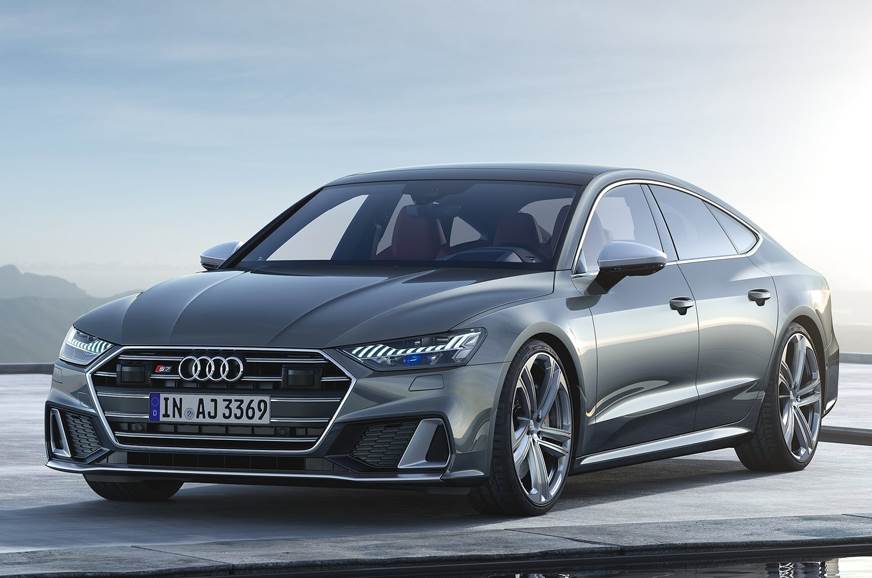 The new RS7 Sportback will be the hero car for Audi Sport’s range of performance models, sharing a 608hp-plus V8 with the RS6. As with the outgoing variant, power will be sent to all four wheels by way of an 8-speed automatic gearbox, while an 80kg weight loss should bring subtle performance gains. Audi will introduce the fourth generation of its popular A3 in 2020 and is expected to show off the Volkswagen Golf rival at Frankfurt. Its launch has been pushed back due to Audi’s struggles with WLTP emissions testing and a heightened focus on EV development, but the company promises the new A3 will be the most advanced car in its segment and set new standards of refinement. We’ll also get our first in-the-metal look at the S8 performance sedan – one of only two models in Audi’s S range to retain a petrol engine – as well as the new SQ8 hot SUV and Q7 seven-seater facelift. The BMW M8 Competition which in essence is a more powerful version of the already quite powerful M8 sportscar. The M8 and M8 Competition will make their public debut at this year’s Frankfurt motor show. In the competition guise, the M8 will produce 625hp and 750Nm of torque from its now-familiar twin-turbocharged 4.4-litre V8. It will also be capable of doing the 0-100kph sprint in 3.2sec and go on to a top speed of 305.7kph. The standard M8 produces 600hp (25hp less than the competition) and 750Nm of torque, this translates to a 0-100kph time of 3.3sec for the coupé and 3.4sec for the convertible. 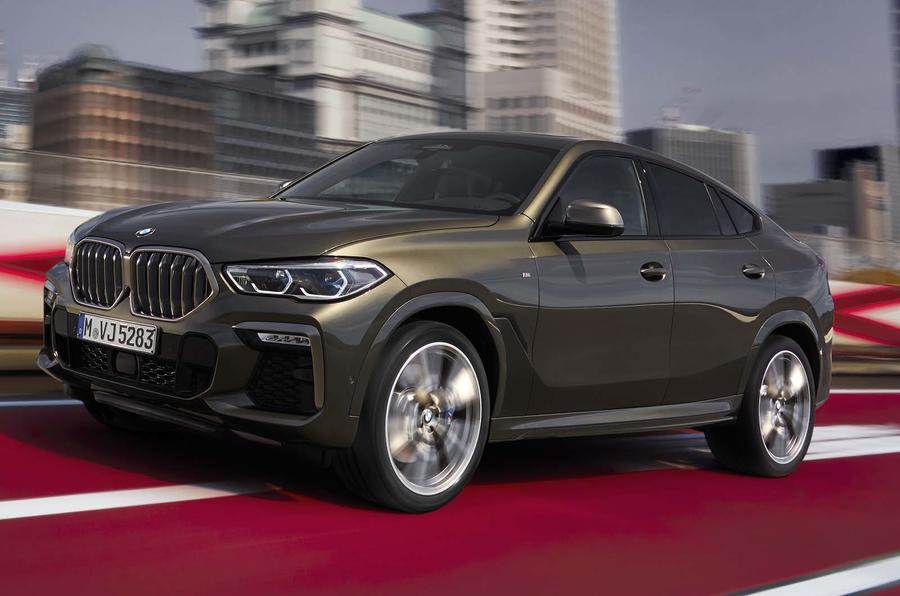 The recently revealed third-generation X6 will make its public debut in Frankfurt. The coupé-style high rider’s looks have been brought into line with the brand’s current design language, and a refreshed range of powertrain options is headed by a 530hp, 4.4-litre petrol V8 yielding a claimed 0-100kph time of 4.3sec and a limited 250kph top speed. 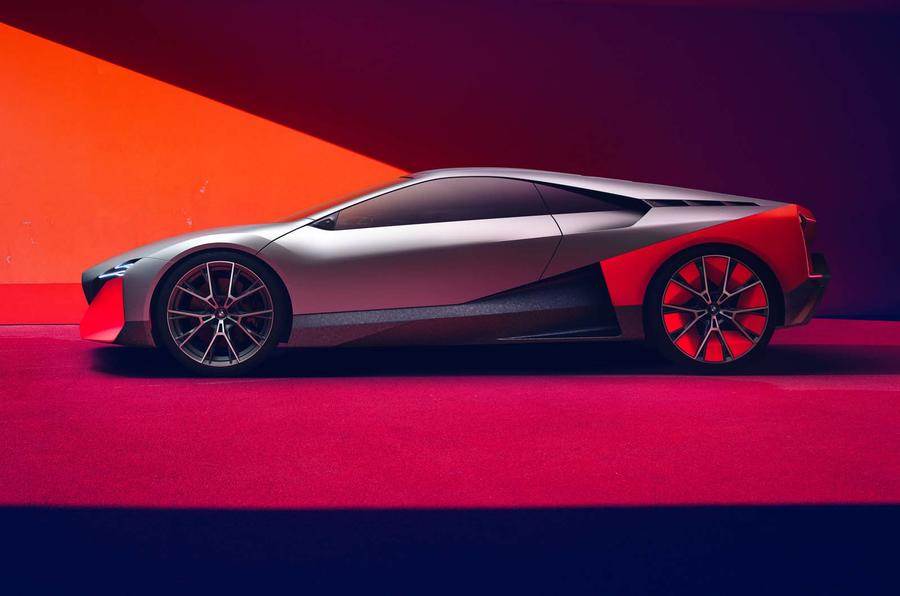 The Vision M concept is BMW’s idea of what a comeback for the M1 supercar of 1978 might look like. Previewing a production sports car tipped to arrive before 2025, the Vision M packs a 600hp petrol-electric plug-in hybrid drivetrain that's also destined to appear in more mainstream BMW M performance models further down the line. 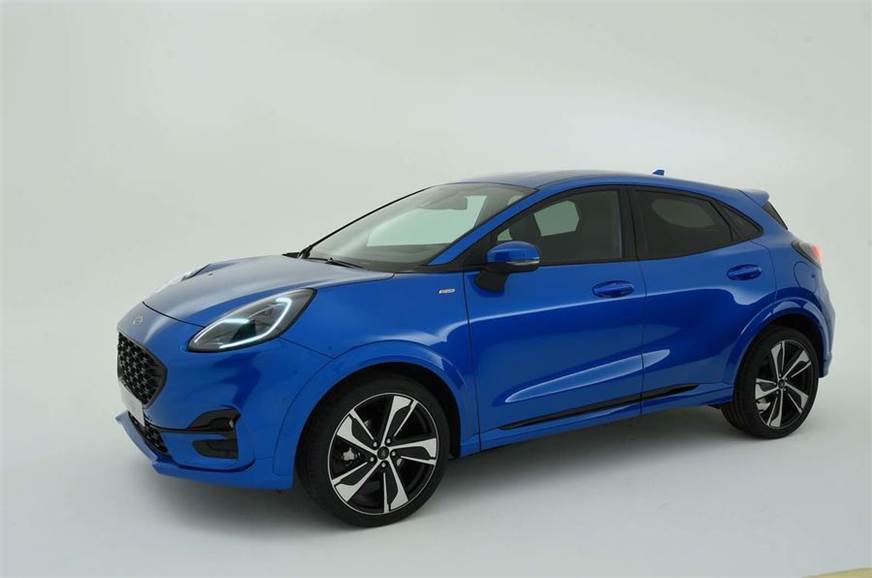 The Ford Puma will make its public debut at the 2019 Frankfurt motor show. The new SUV will sit above the EcoSport in the brand’s international line-up and it takes design inspiration from the latest-gen Fiesta hatchback sold internationally. This makes it look more like a cross-hatch rather than a SUV. Ford will offer the SUV with a 1.5-litre diesel unit as well as a 1.0-litre EcoBoost petrol unit coupled with a 48V mild-hybrid setup. Both engines get a 6-speed manual, though the petrol unit also gets a 7-speed DCT automatic gearbox option. 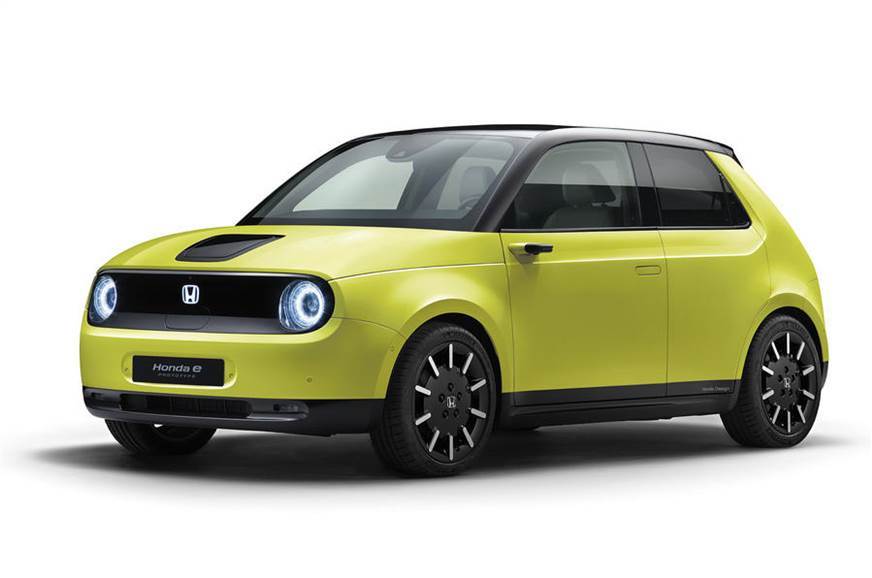 The Honda E electric city car was first revealed in 95 percent production-ready prototype guise at the Geneva motor show in March, but it's finally ready to emerge in its final form before customer deliveries begin next year. Expect little to change in the way of styling and the EV hatchback to get a full-width infotainment screen in the production-spec car. 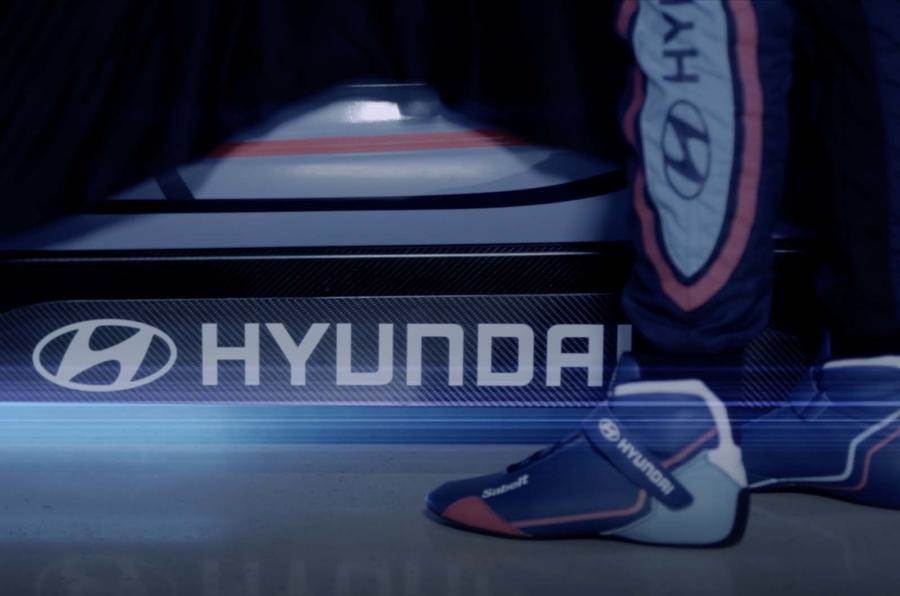 Frankfurt will see the unveiling of Hyundai's first all-electric race car, which has been developed in Germany and previewed in a series of videos posted to the firm's Twitter feed. Details remain scarce, but the new model is likely to be based on the existing i30 N TCR customer racer. Last year, rival firm Cupra revealed early details of the 680hp, Seat Leon-based e-Racer, to enter an upcoming electric touring car race series that Hyundai is also expected to support. The third-gen Euro-spec Hyundai i10 will make its public debut at this year’s Frankfurt motor show, it will maintain its compact footprint but feature notably updated exterior styling. The new i10 will share its platform with the latest Kia Picanto and offer a range of small-capacity petrol engines. 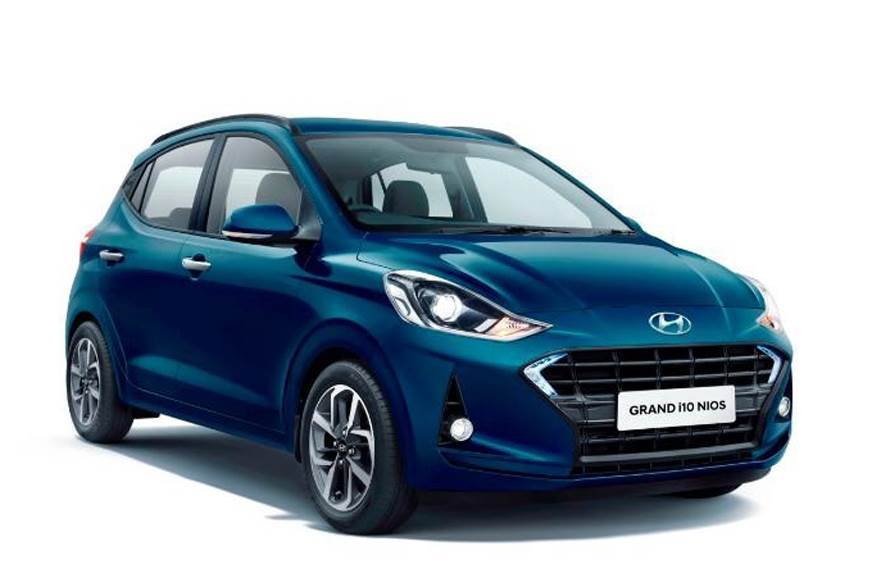 In the Indian market, the model will be dubbed the Grand i10 Nios, which will launch on August 20, 2019. The Grand i10 Nios features updated design with new projector headlamps flanking the large ‘Cascading Grille'. There are also angular LED DRLs on the edges of the grille and the window line rises sharply towards the back. In India, the Grand i10 Nios will also get the 1.2-litre BS6-compliant petrol and diesel engines. Lamborghini is readying a replacement for its Aventador flagship due in 2020, and reports suggest it will be previewed by a low-volume, GBP 2 million hybridised hypercar being revealed at Frankfurt. Prospective buyers got a look at the new model last year but this would be the first time the car (codenamed LB48H) is shown in public. The Ferrari SF90 Stradale rival will pack a naturally aspirated V12 engine and an electric motor to boost performance and efficiency. Is this the one everybody’s waiting for? The revived Land Rover Defender has made a number of high-profile public appearances since it was first seen in prototype form last year, but Frankfurt will be the first time we'll see the new Defender unwrapped. We already know it will arrive in three body styles, powered by a range of diesel and petrol engines, but its official unveiling will bring an end to months of industry debate as to whether it will do justice to the original model’s design ethos. 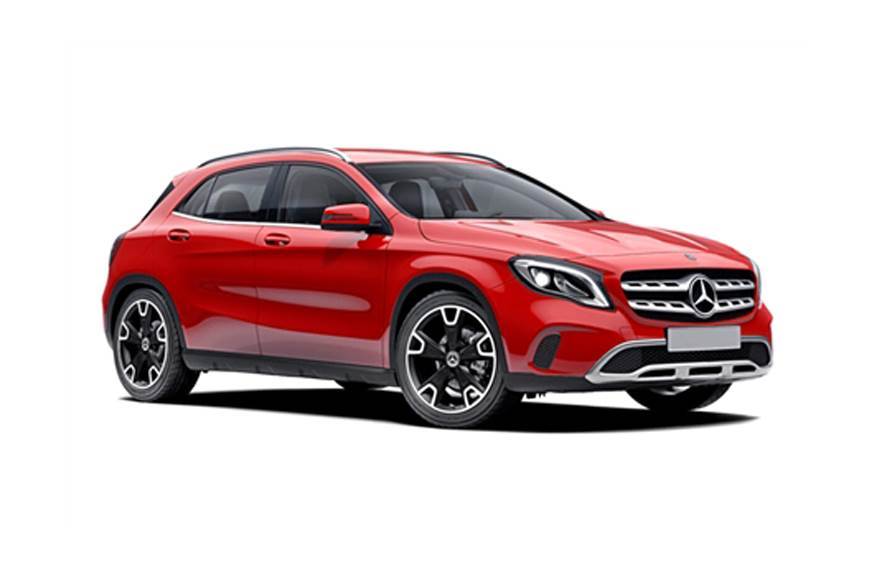 Mercedes will debut the next-gen GLA compact SUV at Frankfurt this year and the GLA is expected to share design details with the new A-class hatchback. The second-generation GLA will join Mercedes' MFA platform-based range alongside the A-class hatchback, A-class sedan, CLA four-door coupé, CLA Shooting Brake estate, the recently unveiled GLB SUV and B-class MPV. The German carmaker has not yet revealed any mechanical details, although it is safe to assume a close link to the A-class in terms of interior design and technology, engines and gearboxes. 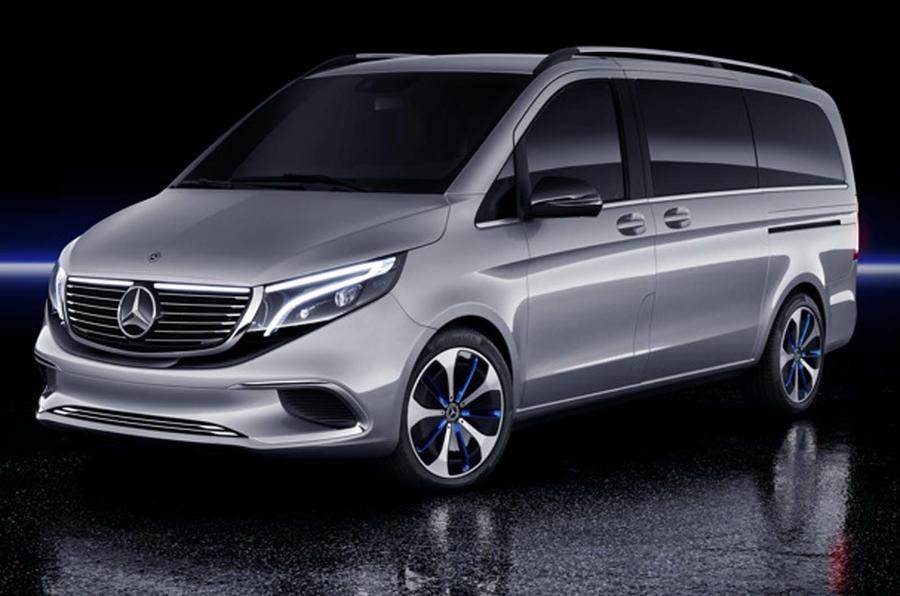 Mercedes previewed the EQV electric people carrier with a concept at Geneva, and the production model will make its public debut at Frankfurt. Based on the conventionally powered V-class, the EQV will offer up to eight seats, a 400km range and a top speed of 160kph. Under-floor-mounted batteries allow the same interior flexibility as the V-class, which means that it can be used as either a six-seat luxury VIP shuttle or an eight-seat taxi. The ESF concept is the latest in Mercedes’ long line of experimental vehicles built as part of an ongoing investigation into ways of making self-driving vehicles safer. Based on a forthcoming petrol-electric variant of the GLE SUV, the partly autonomous car features a retractable steering wheel and pedal box, revitalising mood lamps, an automatic driver’s seatbelt pretensioner and prominent external directional indicators. The Mini Cooper SE is the first series-production electric model by Mini bears a heavy resemblance to the three-door Cooper upon which it’s based, but it’s the pricing and performance figures that have made the headlines. The Cooper SE will make its public debut at Frankfurt before production in the international markets gets underway in November. Porsche will kick-start a £5.3 billion electrification programme with the official launch of its Taycan electric performance sedan at Frankfurt. The new Tesla Model S rival has been seen numerous times in minimal camouflage but its unveiling is significant because it marks what Porsche UK boss Marcus Eckermann called “the beginning of a new era” for the Stuttgart brand. Little is known about the interior, but the exterior styling is heavily influenced by the Mission E concept of 2015. Porsche India has announced that the Taycan EV will be launched in our market in 2020. 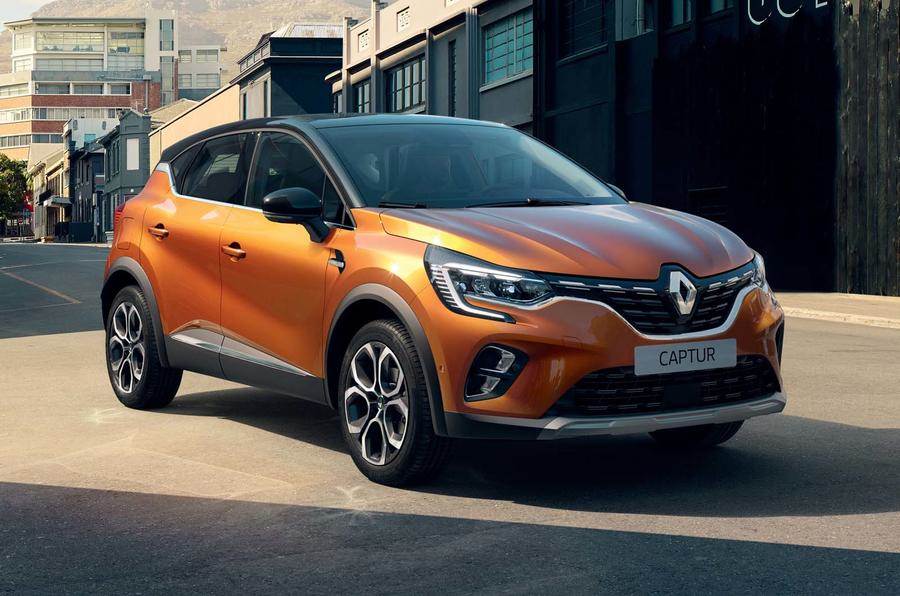 Renault has given the second generation Captur SUV a dramatic interior revamp in line with the tech-laden new Clio hatchback. Like the Clio, exterior styling changes are mainly evolutionary, although Renault describes the new model as “muscular and more expressive” thanks to a redesigned front end and significant increase in size. Frankfurt is also expected to mark the debut of the plug-in E-Tech variant, which is due to go on sale in 2020. 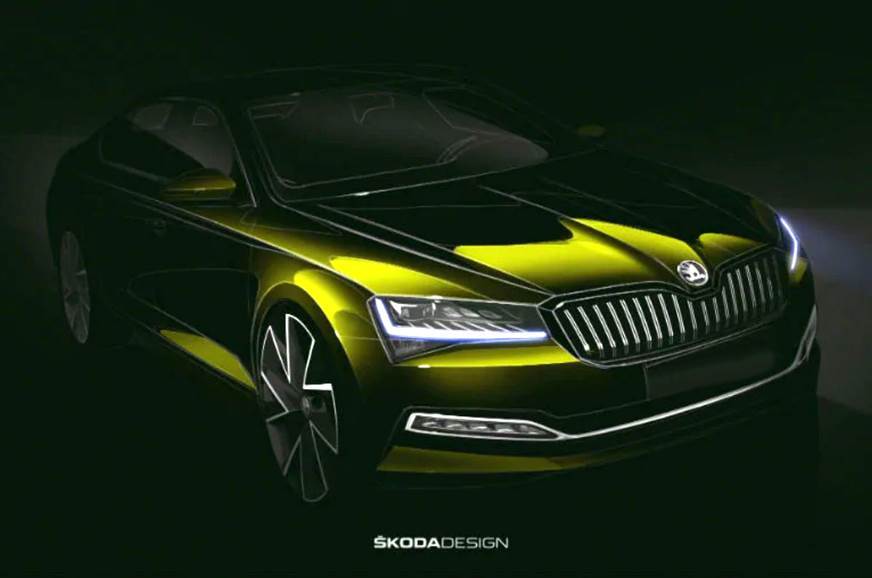 As we had previously reported, Skoda will unveil the next-gen Octavia executive sedan at the 2019 Frankfurt motor show. The next-gen Octavia is going to be based on an updated version of VW’s MQB platform and will continue to sport a notchback design. We also expect the next-gen sedan to come with a variety of petrol and diesel engine options, with Skoda also likely to offer a 48V mild-hybrid setup. Skoda is not expected to reveal any all-new models at this year's Frankfurt show, but will display a new Monte Carlo trim option for the Scala hatch and Kamiq compact SUVs that celebrate the brand's rallying heritage.

As with the smaller Fabia (pictured), which has been available in Monte Carlo guise since 2011, the Kamiq and Scala receive black exterior trim elements and bespoke badging. 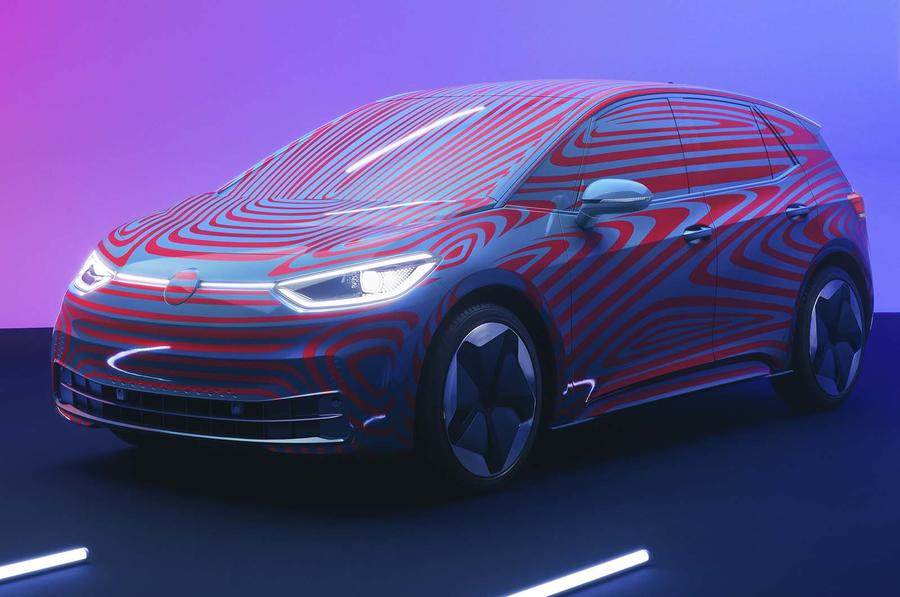 One of the most important new cars being unwrapped at Frankfurt is the new Volkswagen ID 3 electric hatchback. The brand’s first dedicated EV model is capable of 125kW fast-charging and manages a range of between 330 and 550 kilometres, depending on battery size. 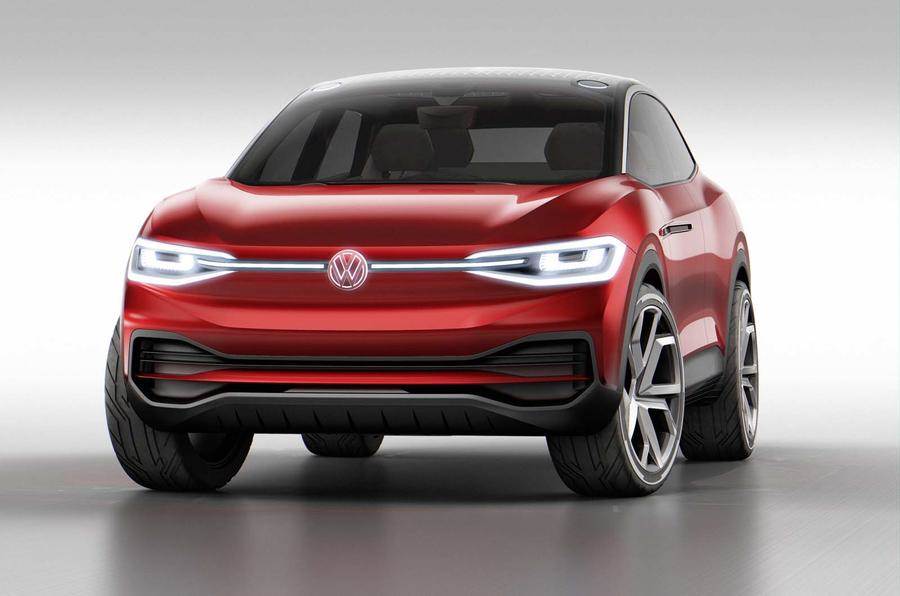 Alongside the production-spec ID 3, Volkswagen is expected to show a new electric car in concept form. Sales boss Jurgen Stackmann said it will give us "an idea of what’s coming next – and that’s clearly compact, because that’s what Volkswagen does."  This suggests that the model could preview a previously confirmed value crossover, likely called the ID 2. Early details hint it will sit below the already-previewed Crozz SUV.