The SUV will come with four seating configurations, six-engine options and three lengths. 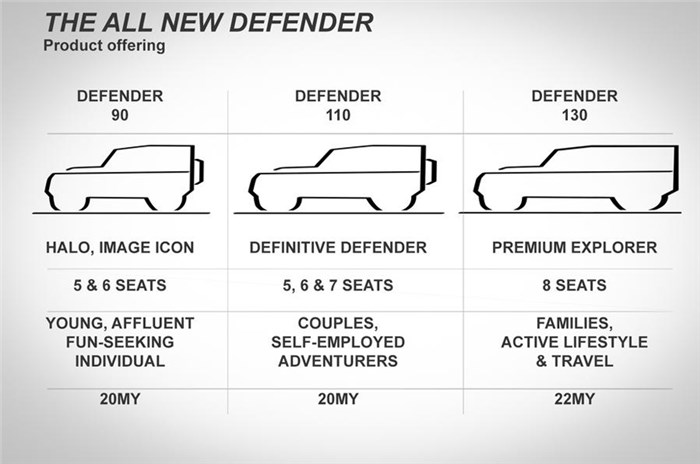 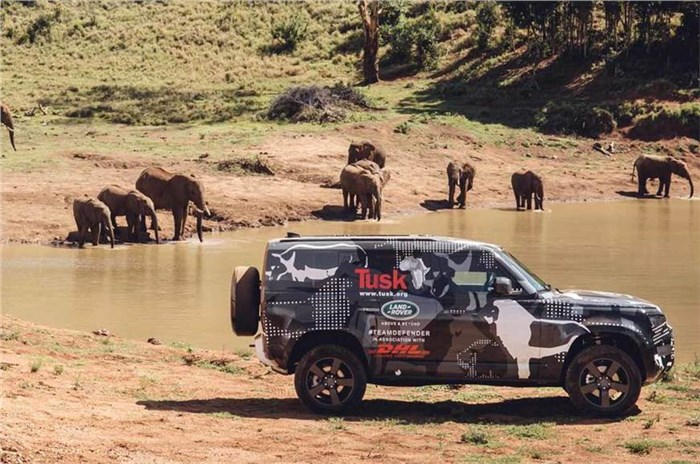 New information about the upcoming Land Rover Defender SUV has surfaced online, revealing details that range from dimensions to engine options. It is worth noting that these details have not been officially confirmed.

The slides reveal that the new Defender will be offered in three different lengths, which include a three-door 90 version, a five-door 110 version and a larger five-door 130 version. Each version will be offered in a range of seating configurations, with the 90 being offered as a five- and six-seater, the 110 coming as a five-, six- and seven-seater, and the largest one, the 130, offered only as an eight-seater.

This new information also includes a potential, international launch timeline for the Defender, with the 110 being introduced to the international market in October 2019, the smaller 90 variant following in March 2020, and the largest 130 variant coming around August 2020.

The Defender nameplate makes a comeback to the Land Rover model line-up after an absence of three years. The Defender will rival the Mercedes-Benz G-class once its launched (especially in its 110 guise) and it will go on sale in India in the years to come but it will be interesting to see which version we get. We did, however, report earlier that British carmaker will unveil the all-new Defender at the 2019 Frankfurt motor show, which will be held in September.