The concept car employs a carbon-fibre body and gets a 600hp petrol-electric drivetrain. 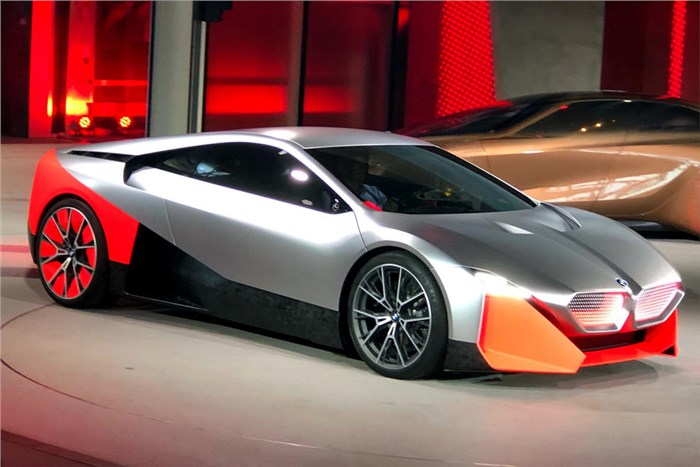 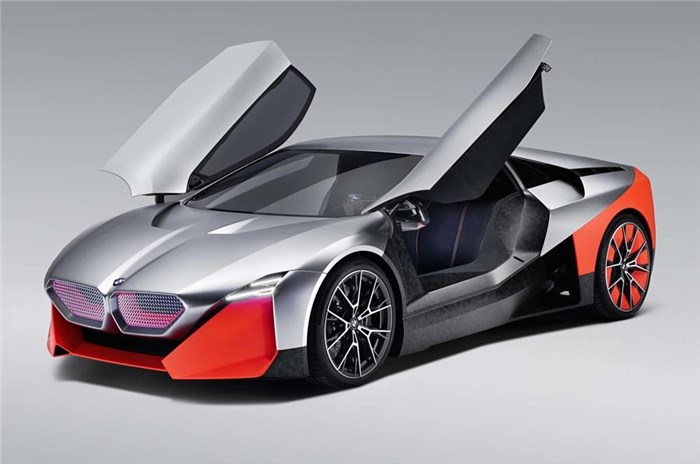 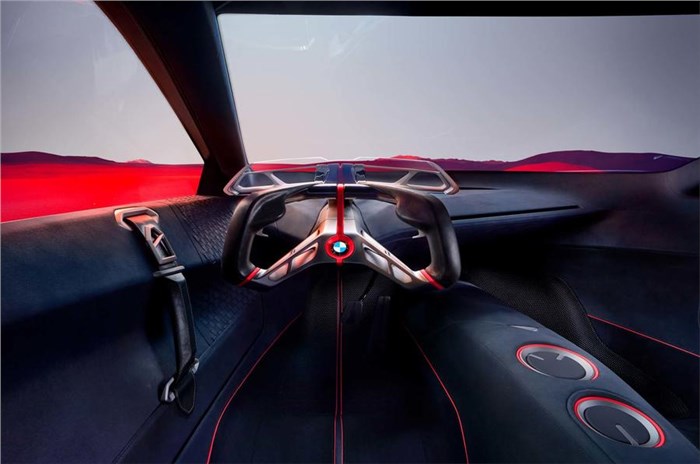 The BMW M performance division has begun work on a much-awaited successor to the M1 supercar. The new car has been previewed as the Vision M Next concept and it will likely be a replacement for the current i8. The new BMW concept is slated to debut at the upcoming 2019 Frankfurt motor show, which will be held in September.

BMW’s new supercar comes with a mid-engine layout and uses a plug-in petrol-electric drivetrain that has also been earmarked to power other conventional, future M performance models. The petrol engine is a newly developed turbocharged 2.0-litre, four-cylinder unit, which when combined with the two electric motors will produce a combined output of 600hp, which is almost double of what the current i8 produces. The electric motors are separated with one powering the front axle and the other providing power to the rear axle. This setup can provide rear or four-wheel drive, depending on the mode selected; and it will have more than a 100km of electric-only range. BMW has also claimed that the supercar will be able to do the 0-100kph sprint in 3sec flat and go onto a top speed of 299kph.

Coming to the design of the two-seater Vision M Next concept, it clearly takes inspiration from the original M1 supercar. The exterior sports distinctive design details such as the new grille that features a laser-engraved pattern, blade-like aerodynamic elements at the front, cutting-edge OLED lighting and butterfly-action doors.

Other noticeable feature include prominent ducts that are integrated into the rear bodywork to channel cool air to the mid-mounted petrol engine and electric motor, while the unpainted panels on the lower portion of the concept hint at a lightweight carbon-fibre bodyshell. Apparently, proposals for a convertible version of this supercar have also been made to the BMW board; although no decision regarding the production of the convertible has been made yet.

On the inside, BMW’s new concept previews a driver-centric cockpit design. The interior features a so-called ‘boost pod’ with a unique high-performance drag-car-inspired steering wheel with integrated displays and a fingerprint sensor as a starter button. A curved instrument display and an augmented reality head-up display unit are also part of the package.

According to sources at BMW HQ, the production version of the Vision M Next concept will be a limited-run model that will be sold in the international market shortly before the introduction of the second-gen i8. This suggests that the two cars could possibly share some key structural components. The Vision M Next will also be a spearhead for the German carmaker’s ‘Strategy One Next’ initiative, which aims to put up to 25 electrified BMW models on sale by 2025.