Images revealed show that the new model will look a lot like the ID hatchback concept; will first be revealed with a battery pack that allows for 420km of range. 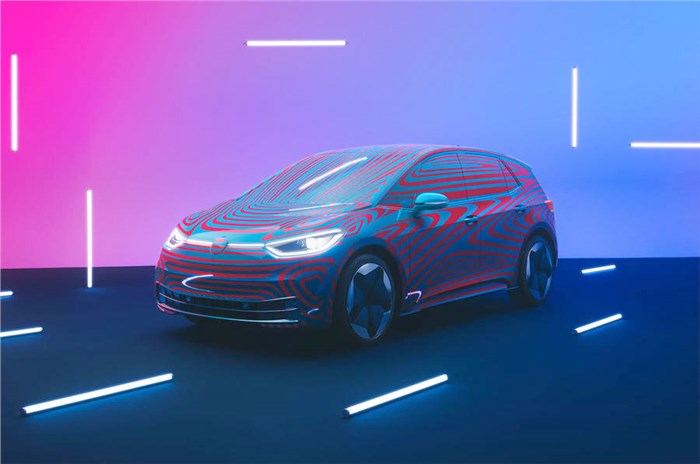 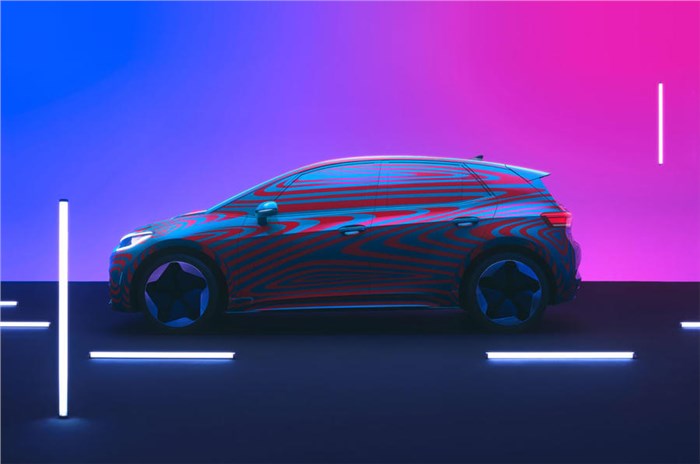 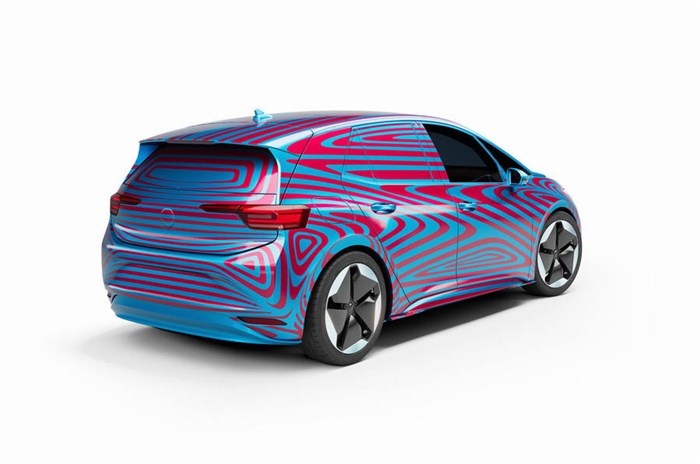 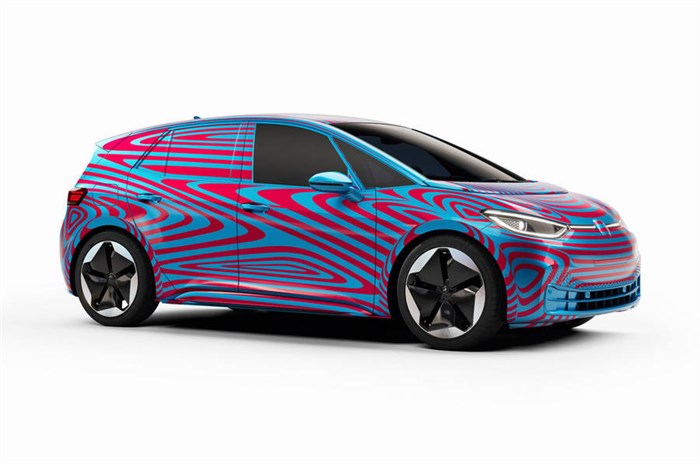 Fresh images of the all-electric Volkswagen ID hatchback, now dubbed ID 3, have been revealed showing the car in a bold camouflage livery and provide the clearest view yet at the production version of Volkswagen’s first ID machine built on its new MEB electric architecture, which will be revealed in full at the 2019 Frankfurt motor show.

Volkswagen has launched a website hub for the ID range – the ID 3 is the first of many new electric models planned, the others being a sub-ID 3 hatchback called the ID 1, the ID Crozz SUV, the ID Lounge luxury SUV, the ID Buzz microbus and a sedan – all spearheading Volkswagen's target of one million annual EV sales by 2025.

The new images show two important things – this first model from Volkswagen that is designed and purpose-built as an electric vehicle will remain largely faithful to the 2016 concept and that Volkswagen’s designers have attempted boost the aerodynamic efficiency of the ID.

Built to showcase the design lineage, electric drive technology and modular platform architecture that are set to underpin Volkswagen’s EV offensive, the ID concept also provides an insight to the fully autonomous driving functions the company is developing for introduction on selected models from 2025 onwards.

By packaging the motor at the rear, Volkswagen has freed up space within the front section of the car, endowing it with an impressively tight turning circle of just 9.9m and thus the promise of excellent manoeuvrability in urban environments. Having been styled at Volkswagen’s main design studio in Wolfsburg, Germany, it has a highly contemporary appearance that's claimed to set the tone for all of the company’s new electric cars.

Interactive LED headlights have been conceived to mimic the action of a human eye by giving the impression of being able to open and close. In addition, LED units have been concealed within various parts of the exterior, allowing for the alteration of the ID's lighting properties and overall visual character, depending on the driving mode.

When parked, the headlight graphic is designed to provide an impression of a closed eye – as if to signal it is asleep. At start-up, the headlights blink and the graphic is altered to convey the action of an eye opening. At the same time, the VW logos in the front and rear are illuminated in white, while the lower section of the front bumper, side sills and rear diffuser are lit up in blue. When 'drive' is selected, the LED daytime driving lights switch on automatically and the VW logos remain lit in white. In autonomous driving mode, a laser scanner deploys from the roof; and the front bumper, side sills and rear diffuser are once again illuminated in blue. During recharging, the LED units pulsate in a simulation of the flow of energy being provided to the battery.

Inside, Volkswagen has exploited the packaging advantages inherent in electric drivetrains to provide the ID with an impressively roomy four-seat interior offering accommodation similar to the larger Passat, as well as a comprehensive connectivity package that Volkswagen suggests will be part and parcel of all upcoming electric models. The ID concept provides seating for four on individual seats; but the production version will have a more conventional layout with space for up to five. Volkswagen hasn't revealed nominal boot capacity but says the concept offers up to 980 litres of luggage space with the rear seats folded down. The brand also claims that from the outside, the ID 3 will be as large as a Golf but the interiors will be as spacious as a larger car.

The 420km battery utilised in the ID 3 First edition will be the middle of three battery sizes offered in the ID 3 range, which Volkswagen believes will be the most popular. The entry-level version will offer a range of 330km, with the largest battery allowing for 550km. It is understood the three batteries will be 45kWh, 58kWh and 77kWh, respectively.

The ID 3 will come with built-in fast-charging tech that will allow for a maximum speed of 100-125kW DC charging. The firm says a 30-minute charge at 100kW should provide 260km of range.

Providing the ID with zero-emissions capability is a 125kW brushless electric motor mounted within the rear-axle housing. The in-house-developed unit drives the rear wheels via a fixed-ratio gearbox. Although Volkswagen has yet to hint at a kerb weight for the ID hatchback, computer simulations suggest the production version is set to achieve 0-100kph in less than 8sec, with top speed limited to 161kph.

Energy used to drive the electric motor is drawn from a lithium-ion battery mounted low down in the floor of the MEB platform, wholly within the wheelbase for the best possible weight distribution. Volkswagen has not yet confirmed the capacity of the pack, but sources at our sister publication, Autocar UK, say that it will be produced in-house for the production model.

However, Volkswagen describes the battery used by the ID as being scalable and hints at differing capacities in each of its upcoming electric models – the same way that it offers differing power outputs in today’s combustion-engined models. Little has being said about the charging system for the car. Based on Volkswagen's claims, its battery can be recharged to 80 percent within 30min and it appears the firm may be considering a 800V system similar to that employed by its sibling company Porsche on the Mission E concept, which was revealed at the Frankfurt motor show in 2015.

Despite mounting the electric motor at the rear, Volkswagen says that there is sufficient space to provide the ID with a multi-link rear-suspension similar to that used by the Golf. It's also key to endowing the new car with a weight distribution of 48:52, front-to-rear.

The first definitive examples of the ID are due to be produced in November 2019. Customer sales will kick off in Germany in September and in Britain at the start of 2020 at what Diess said would be a price "comparable to a diesel model."