End of the road for Tata JTP performance models 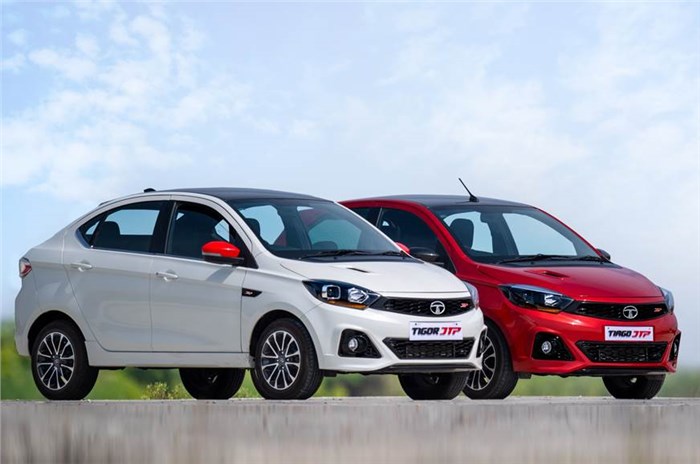 In what comes as sad news for petrolheads in India, Tata Motors has announced that it will discontinue its JT Special Vehicles (JTSV) venture with Jayem Automotives. JTSV was formed as a 50:50 joint venture between Tata Motors and Jayem Automotives in 2017 and was tasked with the job of developing performance-oriented ‘JTP’ versions of Tata’s passenger vehicle range. The Tiago JTP and Tigor JTP were the first models to come from the venture in 2018, and it is understood a Nexon JTP was also in the works.

Tata Motors has informed the stock exchanges that it has signed an agreement to purchase Jayem Automotives’ 50 percent shareholding in JT Special Vehicles. Once the procedure is completed, JTSV will become a wholly-owned subsidiary of Tata Motors.

Tata Motors’ statement on the matter read, “The Tiago JTP and Tigor JTP that were launched in 2018, gained much appreciation for their styling and performance, forming a loyal follower base. However, the passenger car industry witnessed a challenging FY19-20, exacerbated with mandatory change in regulations and the current COVID-19 pandemic, which has impacted the demand in this niche category of vehicles. In light of this ongoing scenario, both Tata Motors and Jayem Automotives found it prudent to discontinue this venture. Tata Motors will continue to provide all requisite support and service to customers and users of Tiago JTP and Tigor JTP cars at its select dealerships, ensuring hassle free ownership.”

Entertaining as the Tiago JTP and Tigor JTP were to drive, the models did not sell to potential. The Tiago and Tigor JTP came powered by 114hp, 1.2-litre turbo-petrol engines, wore fatter tyres and were also distinguishable courtesy styling tweaks. The slow-selling models were not upgraded to the BS6 emission standard that effectively marked the end of the road for the JTP twins.

Should Tata come out with performance versions of its passenger vehicles in the future, the products will likely be offered under an in-house brand.