Tata Nexon to get JTP version 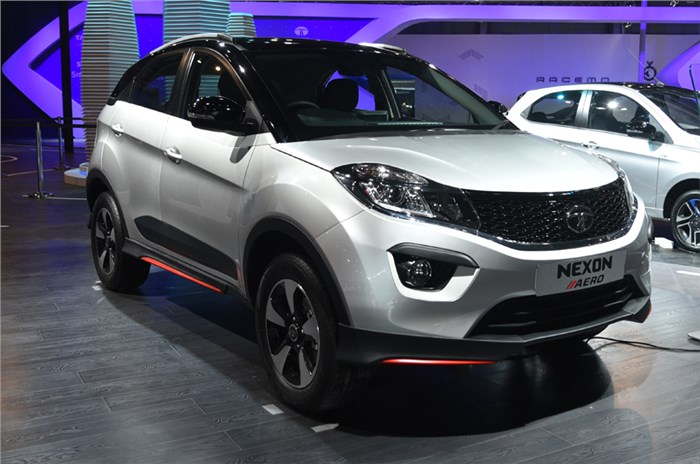 Souped-up version of Tata Motors' hugely popular compact SUV is in planning and could come to our market only in 2020.

The first of Tata’s performance-oriented JTP products, the Tiago JTP will go on sale by Diwali this year. The Tiago will be followed by the spicier Tigor JTP, and we can now confirm that there will be a Nexon JTP as well. In response to Autocar India’s query on the same on the sidelines of the Tiago NRG launch, Mayank Pareek confirmed that while it may still be some time away, a hotter version of the Nexon is indeed on the cards."With the JTP models, we have to prioritise. It will certainly happen. Not right now, not in the next six to eight weeks. But yes, later, it will happen," said Pareek.

We've also learned that the Nexon JTP is likely to come only in 2020, possibly accompanying a facelifted version of the Nexon. The 2020 timeline also suggests the Nexon JTP’s engine will be based around a BS-VI emission norms-compliant version of Tata’s 1.2-litre turbo-petrol engine that currently does duty in the compact SUV in BS-IV form. While no technical details are known as yet, the JTP version should get see an increase in power from the current 110hp. Tata could also tweak the six-speed gearbox’s ratios in the interest of enhanced performance. And as with the Tiago JTP, the Nexon JTP too is expected to get a suspension upgrade to make it a keener handler.

Mechanical upgrades aside, the Nexon JTP will also look more aggressive than the standard compact SUV. A body kit, replete with an enlarged air dam, exaggerated housings for the fog lamps (with contrasting red detailing), smoked projector headlamps, side skirts, new design alloy wheels, and a faux rear diffuser could be part of the package. Expect the interiors to get an all-black theme like the Tiago JTP, leather upholstery with contrast red stitching and aluminium pedals.

The Nexon JTP will go head to head with the Ford EcoSport S that runs a 125hp, 1.0-litre turbo-petrol engine and has a stiffened-up suspension.

What would you like to see on a hotter version of the Nexon? Let us know in the comments.