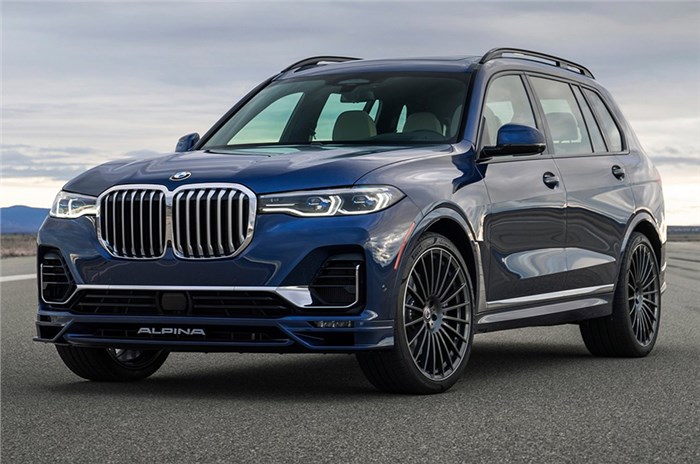 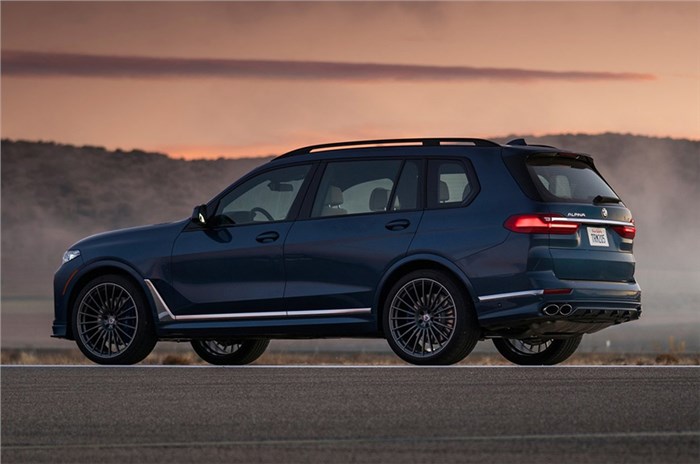 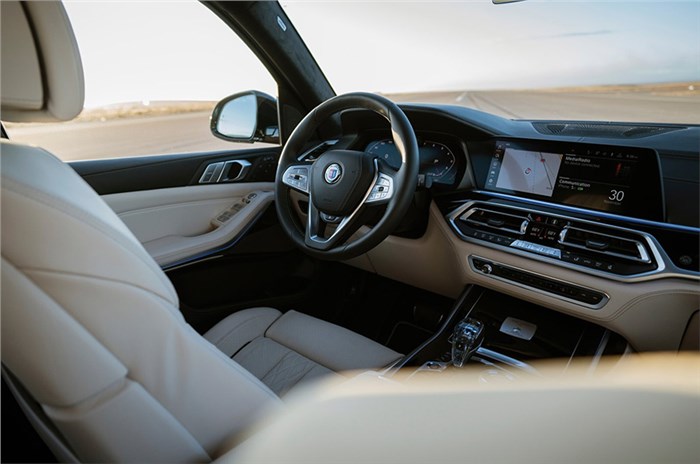 German performance brand Alpina has revealed the new XB7 as an upgraded version of BMW's flagship SUV, the X7.

Powered by an uprated version of the twin-turbocharged 4.4-litre petrol V8 found in the top-rung BMW X7 M50i, the new Alpina XB7 produces 621hp - 91hp more than the standard car - and 800Nm of torque, making it the most powerful model in Alpina’s line-up.

The power boost means the XB7, weighing 2,655kg, can cover the 0-100kph sprint in just 4.2sec, and reach an electronically limited top speed of 290kph - both improvements over the X7 M50i.

The air suspension system allows for different ride heights and wheel camber settings to suit different driving scenarios. In Sport mode and at speeds above 160kph, the ride height is lowered 20mm, with Sport+ mode taking the car down a full 40mm from its standard setting.

The XB7 differentiates itself from the X7 with its new front splitter that has larger-than-standard air intakes, and a reshaped rear bumper that houses four exhaust outlets and a subtle new diffuser. Alpina badges to the front and rear, blue Brembo brake callipers and bespoke wheel centre caps complete the package.

As standard, the XB7 rides on a set of 21-inch five-spoke alloy wheels, but an optional set of 23-inch forged alloy wheels, designed in Alpina’s characteristic 20-spoke pattern, are available and can be optionally finished in Anthracite Grey. The wheels shave 12.7kg from the SUV’s kerb weight and come wrapped in tyres developed specifically for the car by Pirelli.

The interior - which can be specified in 6- or 7-seat formats - is largely identical to that of the standard X7, save for subtle details such as the glass iDrive rotary controller, sports-style steering wheel and Alpina logos throughout. A three-part panoramic sunroof, soft-close doors, and an Alcantara headliner are standard, although a range of optional upgrades including an LED ceiling display offering more than 15,000 light patterns, will be available.

Unfortunately, the Alpina brand does not operate in India, hence the XB7 is highly unlikely to make it to our market. However, BMW India does offer the X7 in three trims levels and a pair of 3.0-litre, six-cylinder, turbocharged diesel and petrol engines. Prices for the BMW's flagship SUV range from Rs 92.50 lakh to Rs 1.07 crore (ex-showroom, India).

There's also talks of BMW bringing the X7 M50d to India. This range-topping version would be powered by a 3.0-litre, quad-turbo inline-six putting out 400hp and 760Nm. 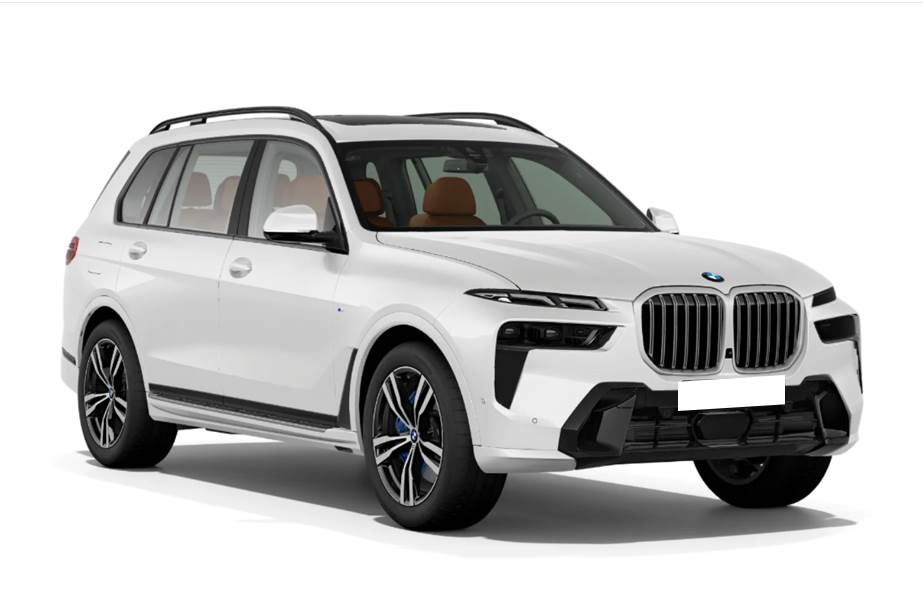