The xDrive40i variant, which was earlier a full import, is now also available as a CKD in the M Sport guise; priced at Rs 1.07 crore. 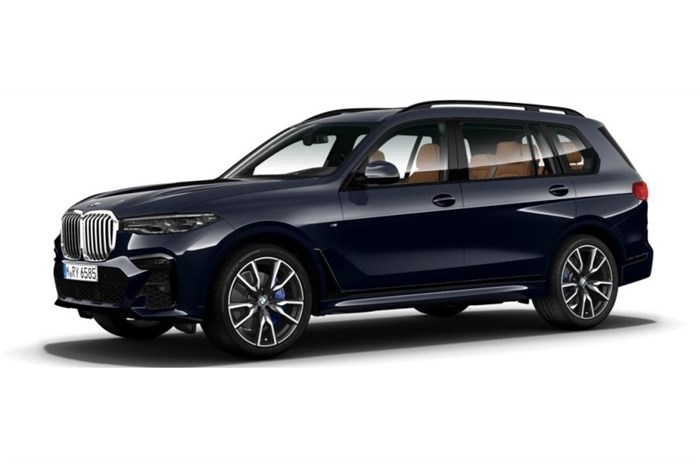 BMW has silently updated the X7’s variant line-up for the Indian market. With the introduction of a new xDrive30d DPE variant at Rs 92.50 lakh, the entry point to the flagship SUV range is now Rs 6.40 lakh lower than before. Also, while the xDrive40i trim was a full import earlier, it has now been brought in as a CKD (completely knocked down) unit in the M Sport guise, which is priced at Rs 1.07 crore. With these slew of updates, the whole X7 India line-up is now assembled locally.

There are no changes on the mechanical front. The X7, which saw its India debut last year, continues to be powered by a pair of 3.0-litre, six-cylinder, turbocharged diesel and petrol engines that produce 265hp (xDrive30d) and 340hp (xDrive40i), respectively. As the name suggests, an all-wheel drive system helps put the power down via an 8-speed torque converter automatic gearbox.

As before, the six-seat xDrive30d DPE Signature trim adds in a hands-free tailgate, “Laser” headlamps, 5-zone climate control, rear seat touchscreens and a 360-degree parking camera. Additionally, it now also features ventilated and heated front seats. Prices for this variant have been bumped up by almost Rs 3.60 lakh, in line with what BMW had announced for its entire BS6 model range earlier.

Despite becoming a CKD model, prices for the xDrive40i have also been increased by a fair amount. This is because it gains a fair bit of kit and now shares its features list and six-seat layout (it was a seven-seater earlier) with the diesel DPE Signature. Moreover, it now also exclusively gets a heads-up display and active cruise control with stop and go function.

BMW India will further expand the X7 line-up in the coming months with the launch of the M50d that gets a 400hp/760Nm, 3.0-litre, in-line six-cylinder, quad-turbocharged diesel engine.

In terms of rivals, the range topping BMW SUV competes with the Range Rover and the upcoming Mercedes-Benz GLS in our market.