The four-door coupe is positioned below the 3 Series and marks the entry-point to BMW’s ‘sedan’ range in our market. 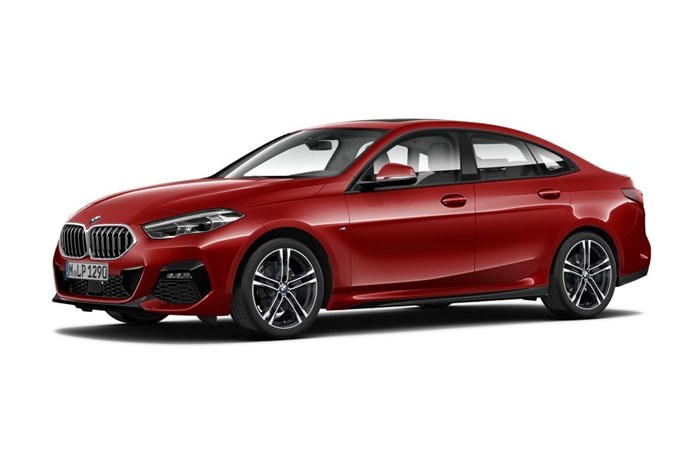 The BMW 2 Series Gran Coupe has been launched in India, just in time for the festive season. The German marque’s first-ever, small, four-door coupé, which made its international debut just a year ago, slots in below the 3 Series sedan in the company’s portfolio.

The BMW 2 Series Gran Coupe introductory prices start at Rs 39.30 lakh for the entry level Sport Line trim, and go up to Rs 41.40 lakh (all prices, ex-showroom, India) for the range topping M Sport variant. BMW has chosen to launch the model with just a diesel engine for now, with a petrol powertrain expected later.

The 2 Series Gran Coupé sports a typical, new-age BMW look. The front fascia is dominated by the company’s new interpretation of the kidney grille, with a more stand-up and aggressive design, and raked headlamps which feature signature, double-barrel LED elements.

The side profile is characterised by a sloping roofline that ends in a fastback-like rear section. Pillar-less doors help in further accentuating the model’s sporty appeal. At the back, the heavily sculpted boot lid and slim ‘L-shaped’ LED tail lamps complete the Gran Coupé’s contemporary looks.

The Gran Coupé is a part of the expanded 2 Series line-up which, in international markets, also includes the Coupé, Convertible and Active Tourer body styles. In addition to the newly launched four-door model, BMW already retails the 2 Series Coupé in India, albeit only in the full-blown, performance-oriented M2 Competition guise that is priced at Rs 83.40 lakh (ex-showroom, India).

The 2 Series Gran Coupé measures in at 4,526mm in length, 1,800mm in width and 1,420mm in height, with a wheelbase of 2,670mm. Boot capacity is pegged at 430 litres. The four-door model is underpinned by the company’s Front Architecture (FAAR) platform, which is also shared with the 1 Series, globally.

The interior design of the four-door 2 Series is in sync with the latest BMWs. It features a neatly laid out dashboard that gets a digital instrument cluster and a 10.25-inch touchscreen. Despite it being the entry-point to BMW’s sedan range, the 2 Series Gran Coupé promises a plush cabin experience.

Headroom and knee room at the back are decent by class standards, though those over six-feet tall will find the coupé-like roofline impinging on head space.

The 2 Series Gran Coupé is available in two trim levels – Sport Line and M Sport. The latter gets a chrome-heavy front grille, more aggressive front and rear bumpers, side skirts, ‘M’ badges on the front fenders and a blacked-out window line. The M Sport also runs on a set of 18-inch alloys which are a size up on the Sport Line’s 17-inch rims. However, both variants get the same twin-tailpipe setup at the back.

In the cabin, an M Sport steering wheel and aluminium pedals remain exclusive to the sportier of the two trims. Meanwhile, both variants get leatherette upholstery, digital screens for the instruments and infotainment, ambient lighting accents (with subtle differences in design patterns) and the choice between an all-black or a dual-tone, beige-on-black colour scheme.

Unlike other BMW sedans which conventionally feature a longitudinal engine layout and rear-wheel drive setup, the 2 Series Gran Coupé gets a transverse engine and front-wheel drive configuration.

Moving forward, the luxury carmaker also plans to introduce the petrol-powered 220i drivetrain to the line-up. In this iteration, the 2 Series Gran Coupé will be powered by a 2.0-litre, four-cylinder, turbo-petrol engine putting out 192hp and 280Nm of torque.

As such, the Gran Coupé provides the German marque a contender for the entry-level luxury sedan segment in the country. The model is poised to rival the Mercedes-Benz A-class Limousine, which is expected to be introduced by the end of November, and the second-gen Audi A3 sedan that will see its India launch sometime in 2021.

BMW 2 Series Gran Coupe bookings opened last week, with a booking amount set at Rs 50,000. Those who placed an order for the four-door coupé prior to its price announcement, earlier today, are entitled to complimentary benefits worth Rs 50,000.