The second generation of Audi’s junior sedan drives in with edgier styling and new tech. India-bound in 2021 as a petrol-only model. 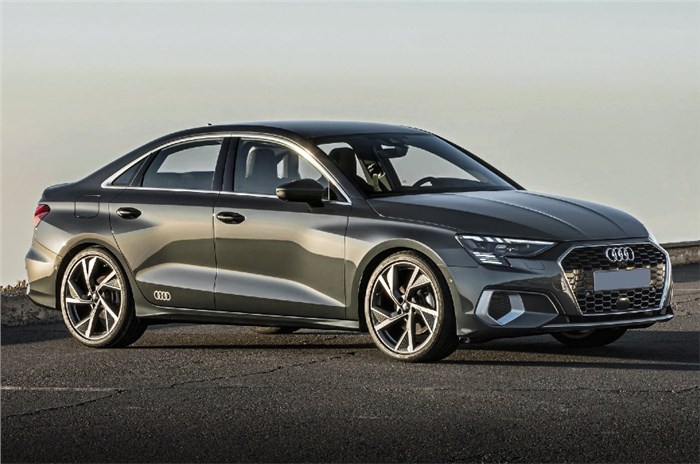 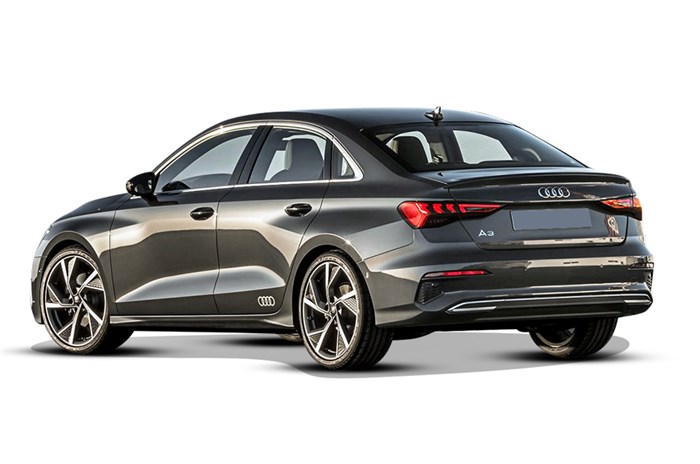 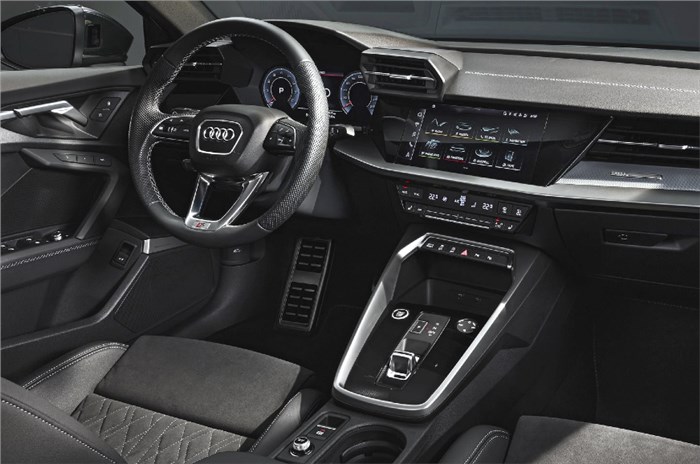 The last-gen Audi A3 was the first of the ‘compact luxury sedans’ in India. Along with the Mercedes-Benz CLA that followed only a few months later, it established that there was big appeal in going small. A relatively low price might have been the hook but what also worked was that there was nothing entry-level about the way the A3 looked, felt or drove. This second-gen A3 builds on the successful formula.

First, the way it looks. The all-new A3 stays true to the Audi sedan design template, with slick proportions and a clean-cut shape. There is a gentler flow to the roofline at the back but this remains a classic three-box sedan. If not the shape, the styling sure gives this car away as the latest A3 sedan. Of course, Audi’s huge single-frame grille is the focal point at the front and adding an extra tinge of sportiness here is its honeycomb mesh. Sharply cut headlights flank that vast grille, and, interestingly, different versions of the A3 will sport different patterns for the LED DRLs. A sculpted bonnet and well defined flanks add volume to the A3, and there are some cool details at the back as well. The tiny spoiler atop the boot lid can be optioned in carbon-fibre, while the taillights get a unique LED signature – vertical stripes outside and a horizontal pattern inside. 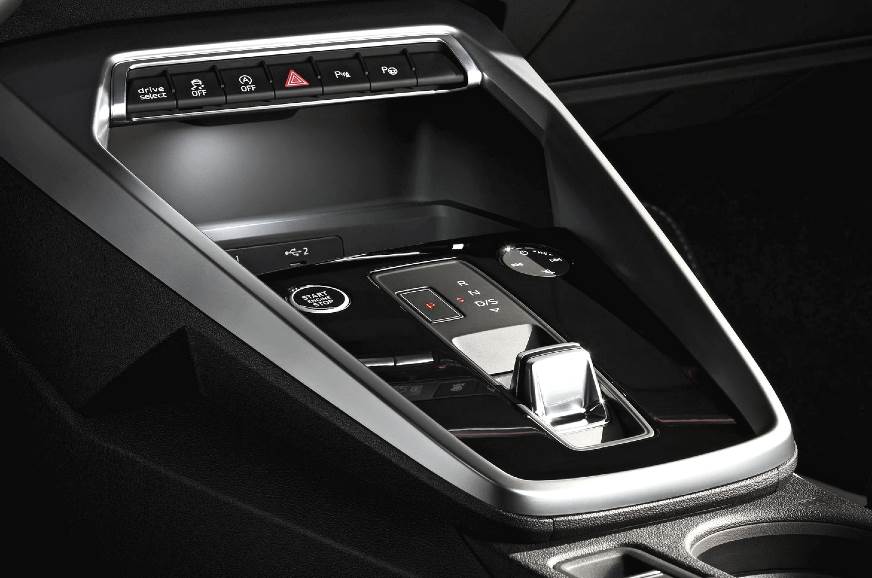 That’s not the key but the shift lever!

What will the new India-bound A3 be like on the inside?

The A3 is interestingly done on the inside as well. The highset vents on either side of the instrument binnacle and the angled centre console give the A3’s cabin a youthful look, very different to what we’ve seen in the larger Audis.

As you’d expect, the A3 cabin is big on tech. There’s a 10.1-inch touchscreen for the infotainment system, a standard-fit 10.25-inch screen for the Virtual Cockpit digital dials and, in a first on the A3, a head-up display has been included too. But some changes might just be a step too far. For instance, there’s a touchpad for volume control that comes in place of a traditional physical dial. And while the A3 automatic gets shift-by-wire tech, the pen drive-sized gear selector appears a bit fiddly. Climate control is via handy physical buttons. The new A3 is almost identical to the outgoing model in size but Audi says there’s a smidgen more headroom and elbow room on offer up front. 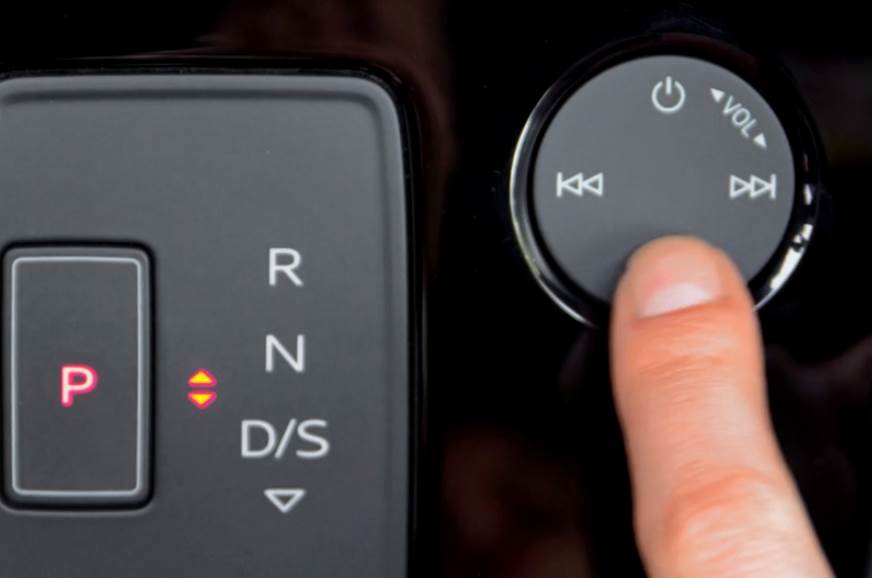 New A3 gets touchpad for volume control.

What engines will the new India-bound A3 come with?

Markets abroad will get the A3 with the option of a 150hp, 2.0litre diesel; but given Audi India’s larger move away from diesels, that engine will likely be given a miss for India. The India-spec A3 will get a 150hp, 1.5-litre turbo-petrol engine that drives the front wheels. Efficiency-enhancing cylinder deactivation tech is included and versions with the 7-speed dual-clutch transmission also feature 48V mild-hybrid tech; the system assists the engine under hard acceleration and can also allow coasting with the engine off in certain scenarios. Hotter S3 and RS3 versions with Quattro all-wheel drive are also on the cards.

With Audi India having sold out all stock of the outgoing model, there’s presently no A3 on sale in India at the moment. Sadly, the wait for this all-new model will be a long one. Audi has its hands full with multiple launches over the year, including refreshed versions of the A4, Q5 and Q7, and the new Q3, meaning the A3 sedan will only go on sale in India by late 2021. Expect the Audi A3 sedan to be priced in the region of Rs 35 lakh, in line with the Mercedes-Benz A-class Limousine and BMW’s 2 Series Gran Coupe, which are both waiting in the wings. The compact luxury sedan segment has been quiet for a long time. Now things are set to get a whole lot more interesting.

What will the new India-bound A3 be up against? 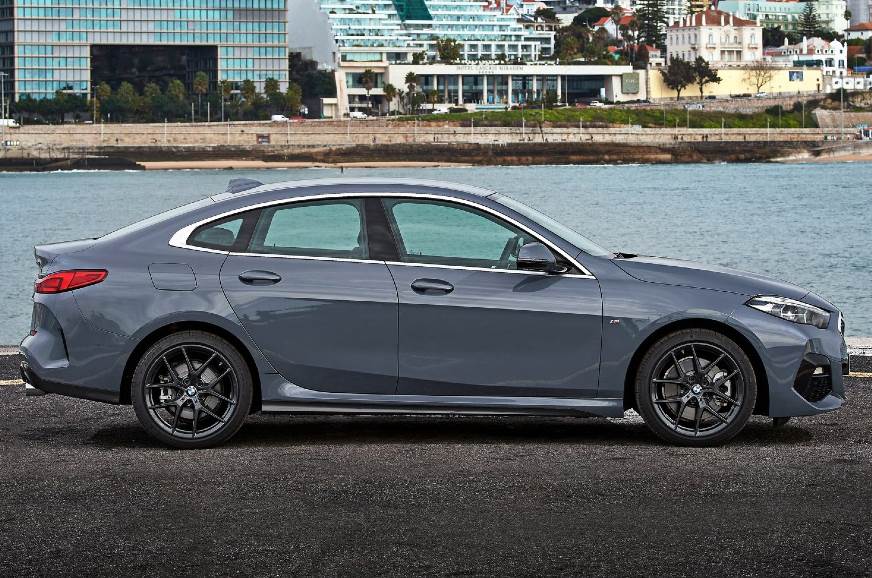 Its relatively small size and frontwheel-drive layout differentiate it from other BMW sedans, while the sloping roof and pillarless windows should give it distinction among its German rivals. It’s new-age BMW inside so there’s much to like and space is reasonable too. India will get the 2 Series Gran Coupe with the option of 2.0-litre petrol and diesel engines. 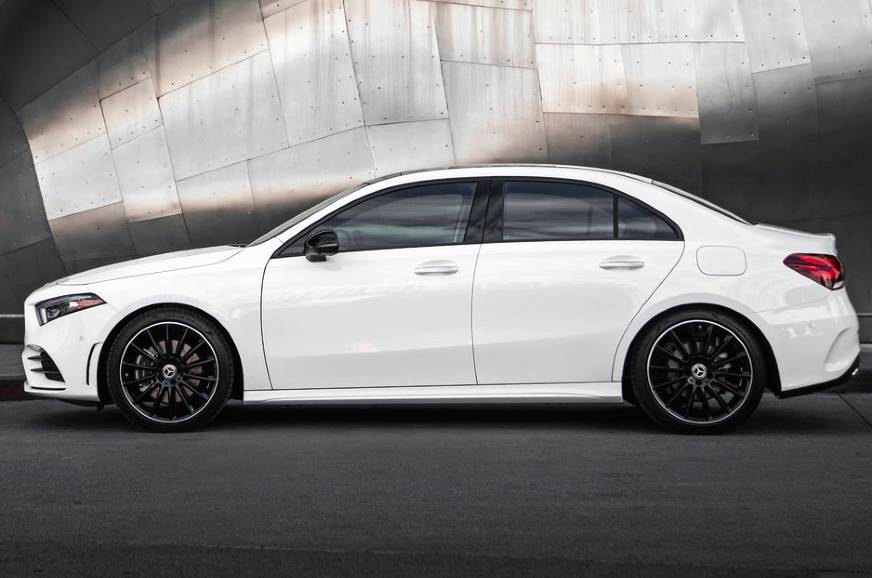 The second-gen CLA will be given a miss for India and instead we’ll get the slightly more practical but equally striking new A-class Limousine. There’s the promise of more space than the old CLA and like the latest of Mercs, a high-tech interior will be a big draw. Aside from the standard petrol and diesel versions, there’ll also be the 306hp, A35 AMG.