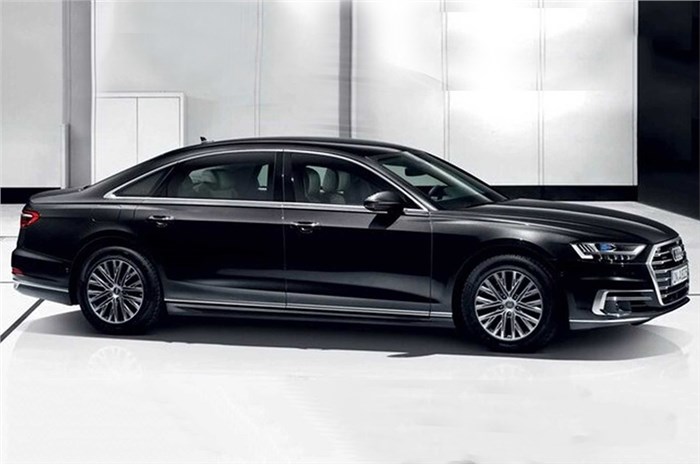 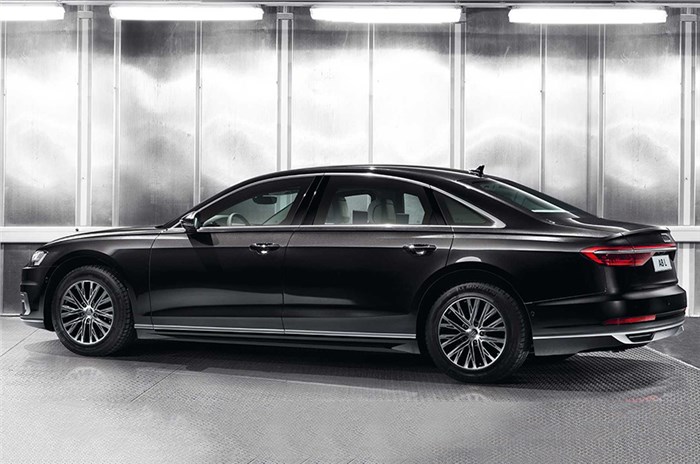 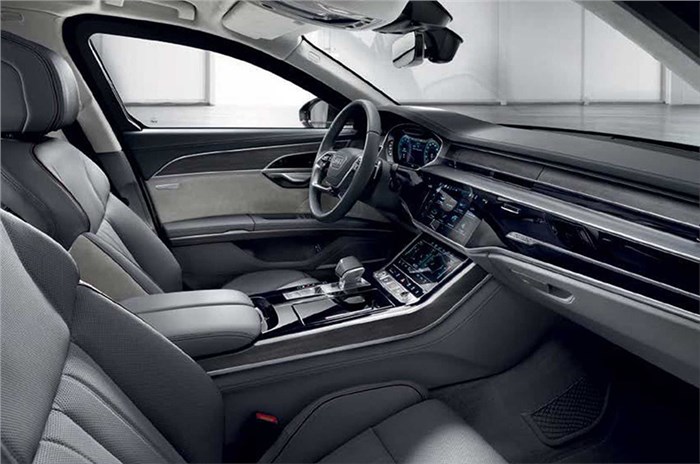 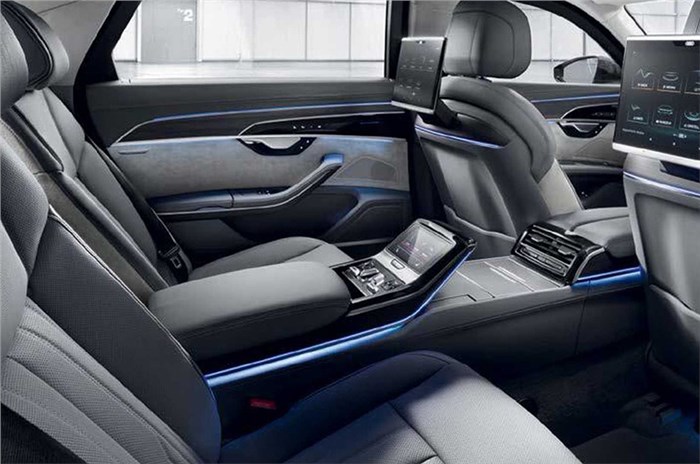 Audi has quietly revealed the armoured version of its new A8 L luxury limousine in Russia. The new A8 L Security offers VR10 level ballistics protection and comes packed with a range of safety and security systems for protecting occupants.

The A8 L Security looks near-identical to the standard A8. Only bits like the additional blue LED strobe lights – located in places such as the grille and rear windscreen – and the thick black outlining of the windows demarcate it as the armoured sibling. Behind the body shell sit the layers of armour built from a mix of high-strength steel and special aluminium alloy. The glass too is multi-layered to stop projectiles.

The cabin offers the typical levels of luxury and comfort expected from the standard A8 though the Security packs in additional hardware. The additional safety hardware includes an intercom system that allows for communication with people outside the car via speakers, a fire suppression system with nozzles located in the under body, and an emergency exit system that allows occupants to blow the door hinges in case the doors get jammed. Also part of the safety measures is an emergency fresh air system that provides occupants with a limited supply of fresh air should the situation demand it. The A8 L Security also gets an individual door unlock system that can be controlled via the car’s infotainment unit.

Also part of the package is a self-sealing fuel tank, run flat tyres that, when deflated, can be used for up to 80km at speeds of up to 80kph,  and an armoured communications box in the boot that hides important safety and communications hardware. The car also comes with a backup electrical system.

All the additional safety systems and armouring have an effect on the car’s weight – the A8 L Security weighs in at nearly 3.9 tonnes, as against the near-2-tonne weight of the standard model.

Pulling powered comes from the 4.0-litre turbo-charged V8 – the same as in the S8 – pushing out 571hp and 800Nm of torque. An 8-speed automatic gearbox is standard as is Quattro all-wheel drive. Despite the weight, Audi claims a 0-100kph time of just 6.3sec for the armoured sedan.

Moving to India, Audi launched the new A8 L here earlier this year in a single fully-loaded petrol variant. The carmaker currently only has a three-model-strong line-up – the A6, A8 L and Q8. The carmaker is currently gearing up to expand its line-up, with the launch of updated or all-new BS6 compliant versions of its discontinued models. 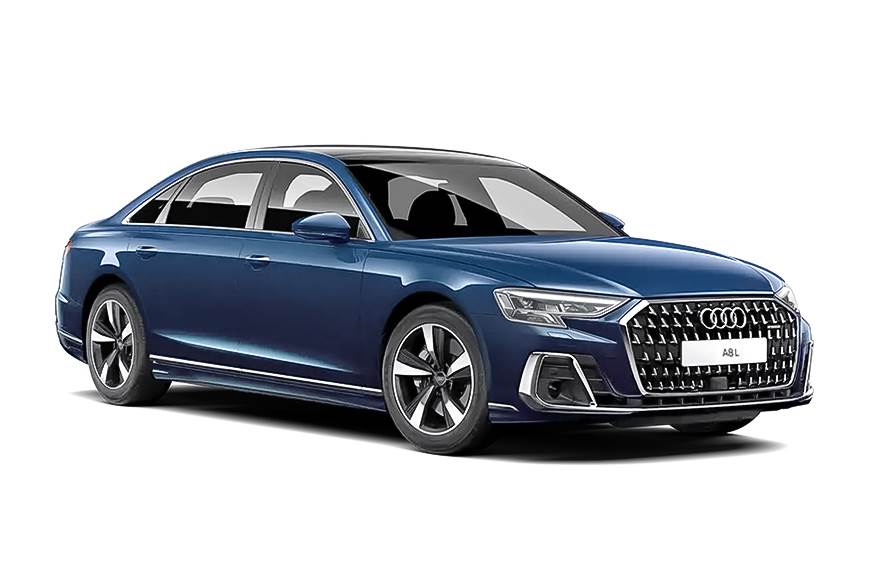