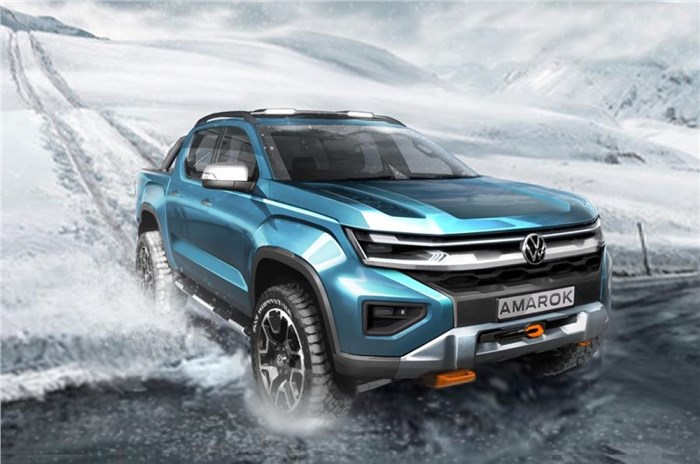 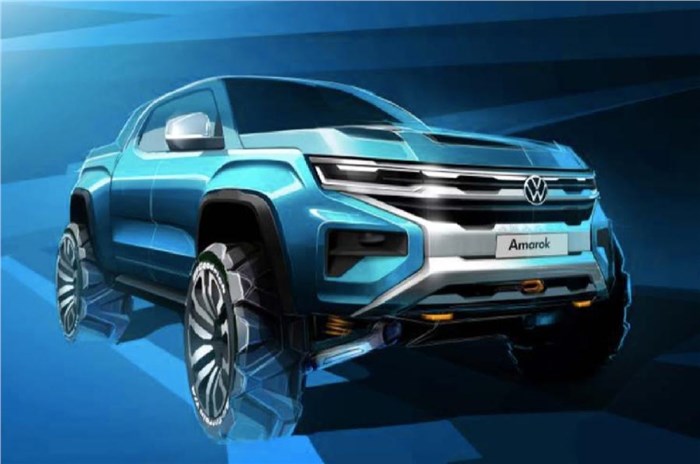 Volkswagen has previewed the production styling of its next-gen Amarok pick-up truck, which is due in 2022 and being jointly developed with Ford. The new Volkswagen Amarok will be the first model to arrive as a result of the wide-ranging global alliance between the two companies, which includes the development of commercial vehicles and electric cars.

The latest sketch of the new Amarok was shown as part of Volkswagen Commercial Vehicles' annual conference. It reveals that the machine is set to gain a bolder, more aggressive grille similar to that seen on the latest Touareg, while the boxy wheel arches recall the Atlas SUV.

The new SUV will be based on the platform used for the Ford Ranger pick-up and the reduced cost of doing so will be key to ensuring Volkswagen’s Commercial Vehicles arm can achieve the required economies of scale. Ford has invested over Rs 8,000 crore in preparing its Silverton, South Africa factory to build both models at a rate of 2,00,000 units per year.

The factory's expansion will create 1,200 new jobs at the site itself, and 10,000 new positions across the whole supply chain, according to Ford. The company aims to take the Silverton facility into 'island mode' by 2024, establishing a raft of efficiency-boosting measures with the aim of going completely 'off-grid'.

The Ford and Volkswagen agreement will also include a VW van based on the Transit platform, to be built in Turkey, along with Ford electric cars on the VW Group’s MEB platform entering production in 2023 in Germany.

Although the German brand has revealed no plans to bring the Amarok to India, its cousin from Ford, the Ranger in extreme Raptor form, is expected to be imported in limited numbers from the second-half of this year.

Volkswagen India is currently focusing on importing the second batch of the Tiguan Allspace and T-Roc, and is gearing up to launch the Taigun mid-size SUV and the Tiguan facelift in the coming months.