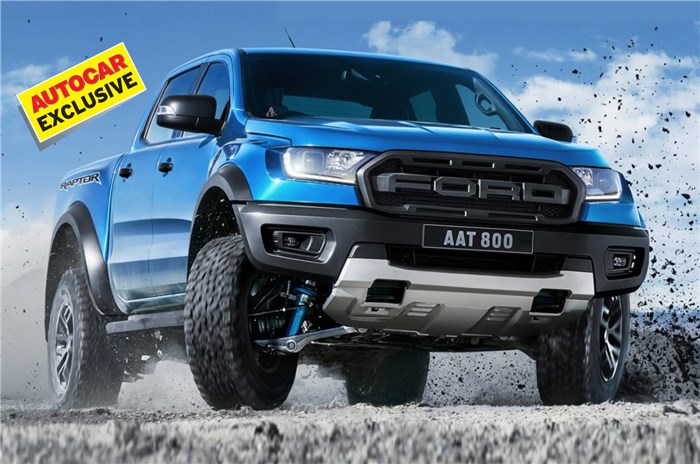 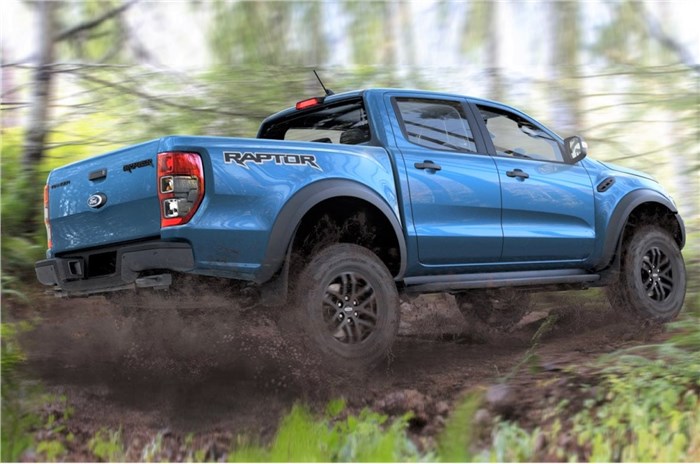 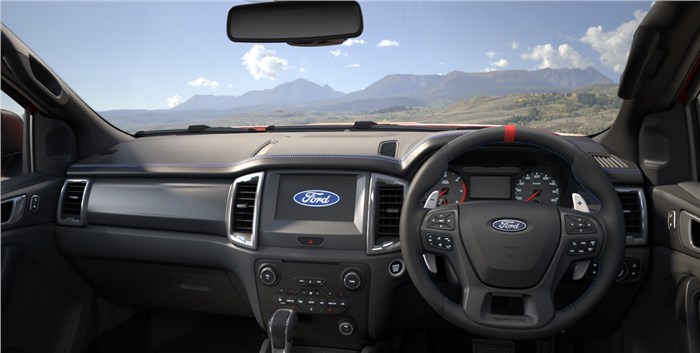 Ford is planning on importing a limited number of its extreme Ranger Raptor pick-up. Based on similar running gear as the Ford Endeavour SUV, the Ranger Raptor however is not your everyday pick-up and is specifically engineered to go fast over rough terrain.

Why does Ford want to import a ‘performance’ pick-up like the Ranger Raptor?

Ever heard climber George Mallory’s famous quote “because it’s there” about Everest? Ford’s Ranger Raptor holds a similar difficult-to-put-your-finger-on but nevertheless significant appeal. It may not be anything like what Indian customers are looking for, but with its combination of off-road skills, load-carrying capacity and unique Baja race-truck-like ability to monster bad roads at speed, it certainly has something of an X factor. Also, with Ford’s association with Mahindra now gaining steam, the blue oval is ever keener to showcase its own unique identity.

So how different is the Ranger Raptor from a regular pick-up?

While regular pick-ups are meant to carry load, this one has Baja race truck genes spliced in. This is why the ladder frame or chassis has been seriously strengthened to take the extra knocks from medium-sized drops and jumps (Ford claims the side-rails can now take an additional one G of impact), the front suspension towers have been beefed up to take the extra load and at the rear, the load bearing leaf springs have been replaced by an Endeavour-like Watt’s linkage; done to gain greater directional stability. The Raptor even gets purpose-built 2.5 inch (diameter) off-road racing coil overs from race truck specialist Fox. As a result, the Ranger gets 30 percent more wheel travel, and with the special shocks, the ability to fly over rough roads at speed that would shake other SUVs to bits.

Will the Ranger Raptor also be capable off road?

The Ranger Raptor’s ground clearance stands at a huge 283mm: forget speed breakers, you can even clamber over dividers in this. It gets 800mm of water-wading depth, and the massive 285mm tyres offer huge traction. While the engine is similar to the one that powers the Endeavour, meaning performance is unlikely to be a selling point, this one gets twin turbos, so you have 213hp and, importantly, 500Nm of torque, all run through Ford’s 10-speed automatic gearbox. In addition, the four-wheel-drive system has six modes within a Terrain Management System; these include grass, gravel, snow and rock climbing. The most intriguing, however, is the Baja mode, which reduces chassis interventions for maximum attack over rough terrain.

Does the Ranger Raptor have any other interesting kit?

On the outside, you get eye-catching chunky bodywork extensions for the now-wider track, the famous black Raptor grille up-front gets your attention, and then it also has something essential for a car that sits so high off the ground, rollover mitigation –an ESP-related safety system that prevents the truck from getting into situations where a rollover is possible.

When will the Ranger Raptor be in showrooms?

The Ranger Raptor will be imported by Ford under the 2,500-unit homologation-free route. Likely to hit showrooms sometime in the second-half of 2021, the Raptor, however, will be expensive; expect to pay upwards of Rs 70 Lakh for one of these unique off-roaders. Don’t be shy if you want one, because Ford is only likely to import a very limited number.